This article is the first of a three-part package exploring immunity and infectious diseases around the world.

Historically, we know of the impact of infectious diseases from the “Old World” (Europe) on the “New World” (everywhere else). But many of these are based on scanty records, historical accounts and occasionally archaeological materials.

It’s often hard to confirm the agent, or the actual numbers of cases and deaths. However, all tell the story of major social, cultural and human tragedy, and in some cases decimation of whole villages. There are some well-documented cases of the disproportionate effect of infectious diseases on isolated communities – too many in fact.

As recently as the 1960s and 1970s when some of the last Amazonian populations were contacted by people from outside their communities, death rates of up to 75% were recorded. These deaths were due to a broad range of infectious diseases, often acting together, and the lack of suitable prevention and care to manage the disease impacts.

In Rio Bio Bio, in Chile, smallpox arrived in 1791 via nomadic traders visiting the community. As the traders moved from chiefdom to chiefdom, smallpox stayed behind, with deadly outcomes. Intensifying the transmission were the funerals and wakes held for the chiefs who died. As villagers were unable to define what was happening, witches were blamed.

In 1846, a carpenter from Denmark travelled to the Faroe islands to build houses for the inhabitants. However, he brought with him the measles virus, which spread to 6,000 of the Islands’ 7,782 people. Some 8-10% of the infants and the over 60-year-olds died. Most of the homes he had built remained empty.

The supply ship “Harmony” arrived into the Inuit community of Okak (now part of Canada) on November 4, 1918. But within five days of the ship’s departure, eight people died from Spanish flu, carried by those on board. By Christmas of that year, the flu had killed 204 of the 263 residents of Okak, which was the largest Inuit community in Labrador. By summer of the next year, all the survivors had left the area. 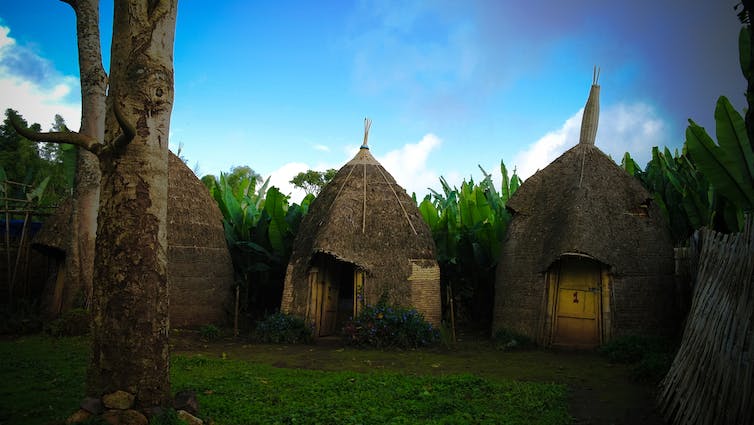 Isolation does not protect from infectious diseases. from www.shutterstock.com

On the other side of the world, Yule Island in Papua New Guinea had epidemics of whooping cough in 1909 and 1918, with up to six to seven people in every hundred dying from the disease. In these small communities, influenza struck 20 to 49-year-olds, with a 40% death rate between 1920 and 1960, through six epidemics.

A young Brazilian boy travelled to Yanomano land in Southern Venezuela in 1968. He arrived sick with measles, and within three months, a measles epidemic had spread from this “index case” over hundreds of kilometres of waterways and to 15 villages. Up to 70% of people in these communities were sick and between 10-18% of infected people died.

Why are isolated populations so vulnerable?

The main factor that makes isolated populations so vulnerable to infectious catastrophes is a lack of immunity. Our immune system learns how to defend us by encountering bugs and remembering how to destroy them. This is known as natural exposure. And this exposure not only comes from what our own immune system has learnt, but also our mother’s. Through breastfeeding, babies’ immune systems pick up some of the mother’s antigens, for a time.

In the modern world, perhaps the largest source of “learning” for our immune system is through vaccinations. This is, of course, the premise by which vaccinations work.

In the ‘70s, the term “virgin soil” epidemics was coined, to describe the devastating effects infectious diseases can have in communities with low immunity.

Some of the additional factors affecting the burden of infectious diseases in these communities include: 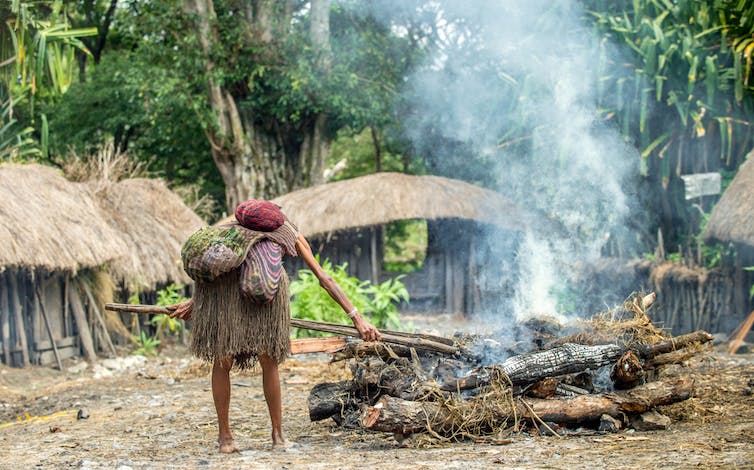 Food preparation methods can affect the spread of infectious diseases. from www.shutterstock.com

When several cases occur in the same house, secondary cases become more intensively exposed than the primary case. Many of these communities may be experiencing several infectious at the same time – these infections can then act together and increase the severity of each of them.

A paper from the '90s also found small communities may be worse affected by outbreaks if they had not experienced one for a long time:

Small communities may remain disease free for relatively long periods, but then, lack of exposure to infection leads to a build-up of susceptibles, so then when a disease is re-introduced from outside, it is associated with high mortality in children and adults.

The paper also found this can have an effect on fertility rates, if suitable marriage partners in these communities are lost. With few new children born and high rates of death, communities often do not remain viable.

Lessons have also been identified from examining these “first contact” or virgin soil epidemics. Global changes such as agricultural intensification, biodiversity loss and climate changes are effective drivers of infectious diseases.

There are estimated to be at least 50 indigenous groups spread across lowland South America that remain isolated, with only intermittent interactions with the “outside” world.

When contact occurs, it needs to be supported by access to food, water, treatment, shelter, security and health-care workers for a sustained period to prevent extinction, and ensure their human rights to health, protection and their land are assured.