Kate Spade, who was found dead on June 5 in New York, was a trailblazer who introduced the notion of affordable luxury for women. Starting out in the early 1990s she designed her first handbag, playfully named “The Sam”. The Sam, a boxy tote, was functional but also a perfect first example of her clear design aesthetic.

At the time, the women’s handbag market was dominated by fairly generic, often dull, reasonably priced bags at one end, and luxury designer handbags with the accompanying hefty price tag at the other. Spade cleverly identified a gap in the market, and as it turns out, this was rather lucrative.

In today’s terms, her early handbags were priced around the US$300 mark, making them affordable for young professional women who wanted more than the cheaper offerings but couldn’t afford the more traditional, high end designers. In fact many women on social media are remembering the first time they bought a Kate Spade handbag as a time they made their first “adult” purchase.

In addition to the more affordable prices, Spade’s designs offered delightful, often quirky, whimsical touches. She adored glitter, polka dots, ruffles, stripes. She also brought back a bold colour palette to the rather drab 1990s fashion trends. She used strong and striking colours – yellow, fuschia, apple green, red - often paired with gold and black and white stripes. Her natural colour instincts were on show in all her designs and her ability to pair odd colour and texture combinations was pure genius.

Spade made it ok, if not desirable, to wear a mouse handbag, or to carry a typewriter tote. Hot pink and red together were the go and she encouraged us, as one line of her range stated, to “eat cake for breakfast”.

Many of us own at least one Kate Spade item, a handbag, a pair of shoes, sunglasses or a watch. Perhaps these items are authentic, perhaps not. One of the downsides to her design and manufacturing success was that Kate Spade products, particularly the handbags, were of such a clean and simple design that they became the targets of counterfeiters. A stroll down Canal Street in Manhattan would offer a giddy array of Kate Spade knockoffs at very cheap prices. The really good counterfeited pieces were often hard to tell from the original.

Spade epitomised the archetypal New York “girl” and her designs both reflected this aesthetic and appealed to those who aspired to this status. 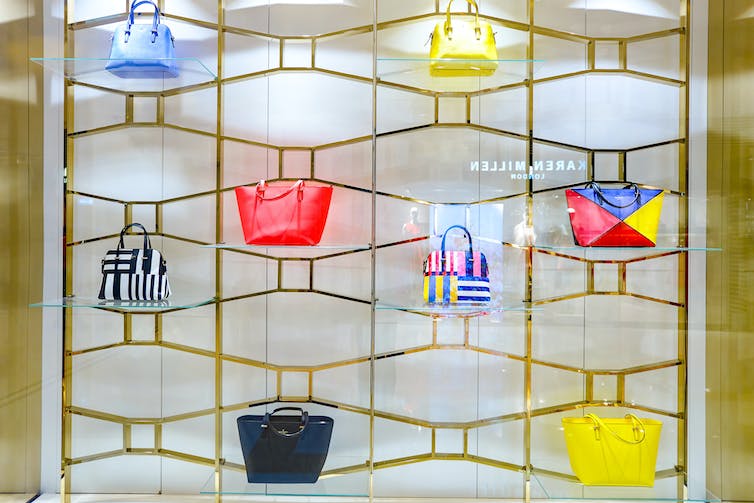 Bags at the Kate Spade store in Hong Kong, 2016. Shutterstock.com

But as is often the case with archetypal New Yorkers, she wasn’t actually born in Manhattan. Born in Kansas City, Missouri, she worked for a time as the accessories editor at the now-closed Mademoiselle magazine. She then started what was to become a fashion accessories empire, with her husband to be, Andy Spade. Although the business still bears her name, she sold the majority of the business to Neiman Marcus in 1999.

As a testament to the strength of her brand, many people were unaware that she sold the Kate Spade business - they assumed even quite recently that she was still in charge and still designing. In fact, Spade hadn’t owned her namesake’s business for over a decade, selling her remaining 44% stake to Neiman Marcus in 2006.

However, as she walked away from leading her business in 2006, the brand struggled. In 2015, now known as Kate Spade & Company, the brand’s new, lower-priced range for 25-35-year olds failed. One can only imagine where the company would be today if Kate herself was still running it. 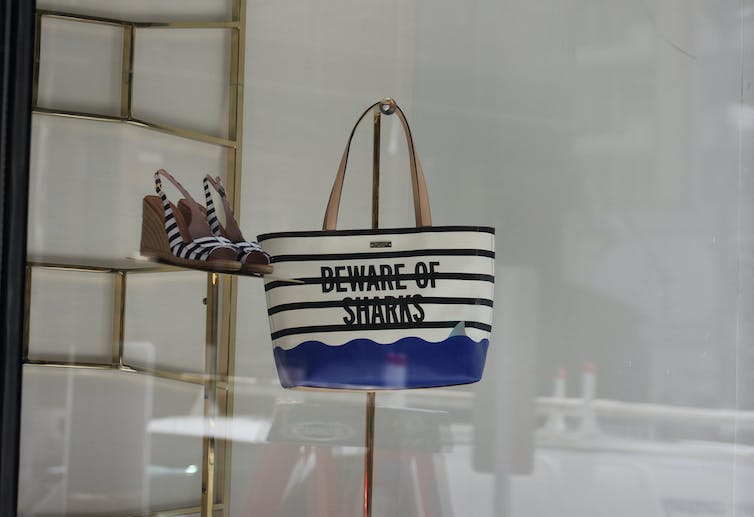 Despite selling the original business years earlier, Kate continued to design, and in 2016 she launched a new business called Frances Valentine, which produced shoes, handbags and accessories.

Her death by apparent suicide seems in marked contrast to Spade’s delightful, playful designs, which truly epitomised the word “happy”.

Her legacy will live on and her contribution to fashion is being recognised with glowing tributes. On social media, many are sharing pictures and memories of their favourite Kate Spade pieces – the most popular word being used? Happy.