Half of Australian infants have received at least one course of antibiotics by their first birthday. This is one of the highest rates of antibiotic use in the world.

Although antibiotics are effective and potentially life-saving for bacterial infections in children, they are often prescribed for viral infections, for which they are ineffective.

The overuse of antibiotics also increases the risk of bacterial resistance in the wider community. This is when commonly used antibiotics become ineffective against some bacteria, making it difficult, or even impossible, to treat some infections.

Researchers are also beginning to realise there may be additional long-term health harms from antibiotic exposure in early life and before birth, including an increased risk of infection, obesity and asthma.

At the moment, most bacteria that cause childhood infections in Australia respond well to antibiotics. But this is likely to change, unless we use antibiotics more carefully.

The role of gut bacteria

We have vast numbers of bacteria in our gut, as well as viruses, fungi and other organisms. This microbial community is collectively known as the microbiome.

Our microbiome is essential for normal health and development and has been linked to an ever-growing list of health outcomes such as mental health, immunity, obesity, heart disease and cancer.

An infant’s first major contact with bacteria and other microbes occurs at birth. Babies born vaginally acquire their initial microbiome from the birth canal and gut. Those delivered by caesarean section are more likely to acquire bugs from their mother’s skin and the hospital.

Antibiotics during pregnancy can alter the mother’s microbiome and therefore the microbial profile her baby acquires.

The baby’s early microbiome, acquired from the mother at delivery, “educates” the infant’s developing immune system in the first weeks and months of life.

Antibiotics in pregnancy can alter the mother’s and therefore the baby’s microbiome, affecting early immune responses. This may increase the risk of infection in childhood.

In a recent Danish study, a mother’s exposure to antibiotics in pregnancy was associated with increased risk her child would develop a severe infection (requiring hospital admission) in the first six years of life.

The increase in risk was greatest among children whose mothers were prescribed more antibiotics and who received them closer to delivery.

There was also some evidence the risk was higher in those delivering vaginally.

This suggests antibiotics affect the mother’s microbiome, with downstream effects for the offspring. Other genetic and environmental factors shared between mother and child are also likely to play a role.

Antibiotics are widely used in meat production as a growth promoter. An estimated 80% of all antibiotic use is in animals. Much of their effect is via the livestock’s microbiome, which has a major role in metabolism and energy harvesting. 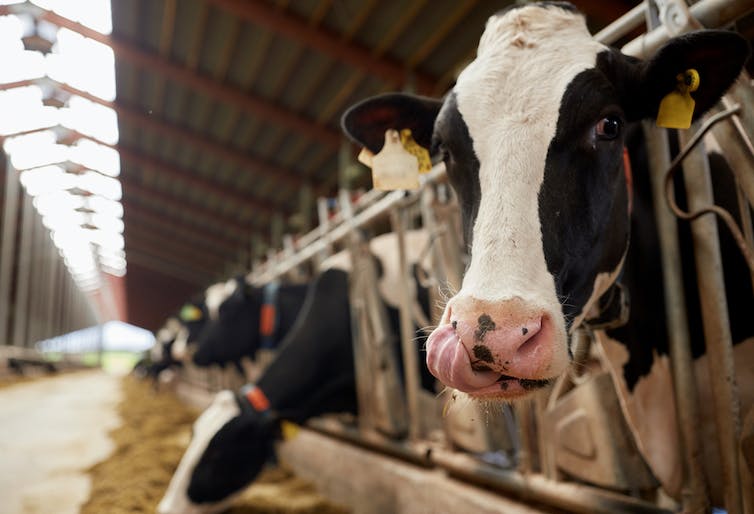 Antibiotics may also play a similar role in promoting growth in humans. There is some evidence antibiotic exposure in pregnancy is associated with increased birth weight and obesity in early life. But large studies are needed to account for the other important factors that may also contribute.

The association between antibiotics in early childhood and obesity is clearer. Antibiotic exposure within the first year of life is associated with a 10-15% increased risk of obesity, although the importance of the type and timing of antibiotics is less well understood.

Childhood asthma has increased in parallel with antibiotic use, leading researchers to investigate a link.

Observational studies have shown an association between antibiotic use in pregnancy or infancy and later risk of asthma. This supports the concept of antibiotic-induced dysbiosis (imbalance of bacteria) and the effect on the immune system.

Read more: Healthy guts are swarming with bugs, so what do they do?

A large population-based Swedish study, however, found the link between asthma and antibiotics was largely attributable to a number of other factors, including respiratory infections contributing to asthma and unrecognised symptoms of asthma being inappropriately treated with antibiotics.

But other studies have found these factors don’t completely explain away the link between antibiotic use and asthma. A better understanding of the role of the microbiome in the development of asthma will help clarify the contribution of antibiotics. 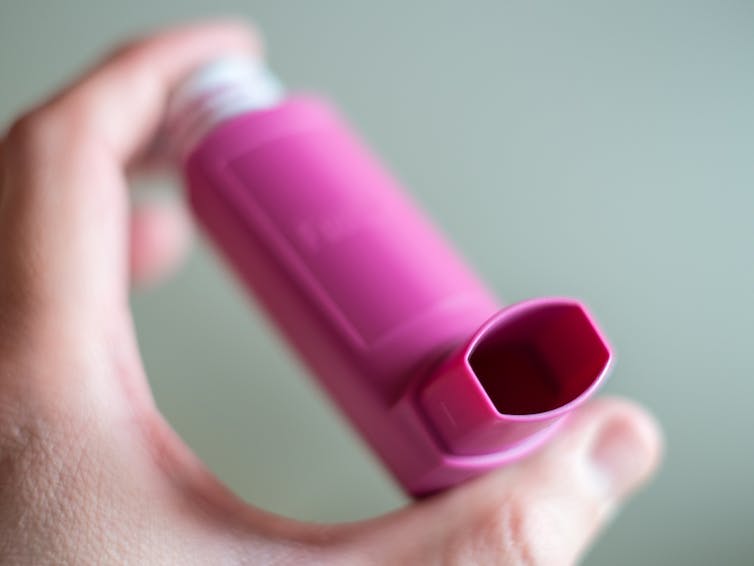 The science is unclear about the link between antibiotics and asthma. D K Grove/Shutterstock

Antibiotic use in early childhood, and particularly the first 12 months of life, is linked to gastrointestinal diseases such as Crohn’s and coeliac disease. The exact risk is difficult to quantify, but children receiving over seven courses of antibiotics were reported to be at a seven-fold risk of Crohn’s disease.

Other childhood inflammatory diseases, including juvenile idiopathic arthritis have shown a similar association.

However, as with asthma, because these are observational studies, the finding of an association does not prove causation: it’s possible these children were given antibiotics for symptoms of unrecognised gastrointestinal or inflammatory disease, or for an infection.

Antibiotics have their place

Antibiotics are one of the most important medical innovations and save lives when used appropriately. But inappropriate use leads to potentially untreatable resistant infections and long-term health problems in children and adults.

A recent assessment predicted that without restrictions, global antibiotic use will increase three-fold by 2030. Unless we all work together to reduce antibiotic overuse, we could be assigning our children to a future of chronic ill health. Too much too young underappreciated long-term adverse effects of early antibiotic exposure