When we have a cold, which is caused by a number of different viruses, we know we should stay warm, drink plenty of fluids, and rest. In reality, many of us just solider on, sometimes with the help of an over-the-counter product from the chemist.

While some of these contain products such as paracetamol and phenylephrine (a decongestant), others such as EASEaCOLD contain herbal remedies that promise to reduce the symptoms associated with a cold or even reduce the length of a cold.

But is there any evidence these herbal preparations actually work?

Echinacea has been purported to relieve sore throats and coughs, but scientific evidence to support its use to treat a cold is weak. One difficulty in comparing studies is that different species, different parts of the plant, and different extraction methods are used in different studies.

There is some evidence echinacea may reduce the length of a cold, if taken from the onset of symptoms, but the effect is not statistically significant, with people feeling better half to one day sooner than people taking a placebo.

In the EASEaCOLD preparation, it’s unclear what species of echinacea plant is used, what part of the plant, or how it’s obtained, so it’s difficult to determine how useful it is in treating a cold.

Zinc has important immune functions, and is used as an immune-boosting supplement in situations where zinc deficiency is likely.

There are studies that show zinc lozenges, taken frequently throughout a cold, can shorten the duration, although how big an effect this would actually have is difficult to ascertain from the studies.

Garlic is another popular anti-cold measure, but there is a lack of reliable studies to show it’s effective.

A single study showed garlic supplements could reduce the chances of getting a cold, but authors of a review concluded this one study wasn’t enough evidence (especially when you consider it was authored by the Garlic Centre in the UK).

And it doesn’t appear to significantly reduce the symptoms of a cold, nor its length, once you’ve developed a cold. 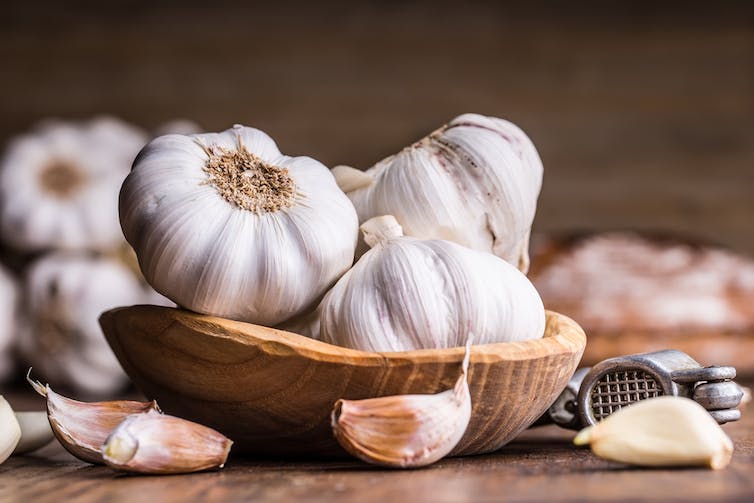 A review found one study where garlic decreased the chances of getting a cold. But the authors said this wasn’t enough to prove effectiveness. from www.shutterstock.com

Vitamin C is a common supplement believed to help treat or prevent a cold.

A large review of the literature found while taking Vitamin C long-term may help reduce the severity of a cold in certain populations (such as those under long-term physical stress), taking Vitamin C once a cold has developed has no effect on duration or severity.

EASEaCOLD also contains white willow, apparently in order to reduce fever and pain associated with colds. White willow, or the bark of a willow tree, is converted in the body to a substance similar to aspirin.

Aspirin is helpful at relieving pain associated with the common cold, but it doesn’t really help with respiratory symptoms.

There is no evidence white willow helps in the treatment of a cold. A standard dose of aspirin will provide temporary relief from a sore throat. 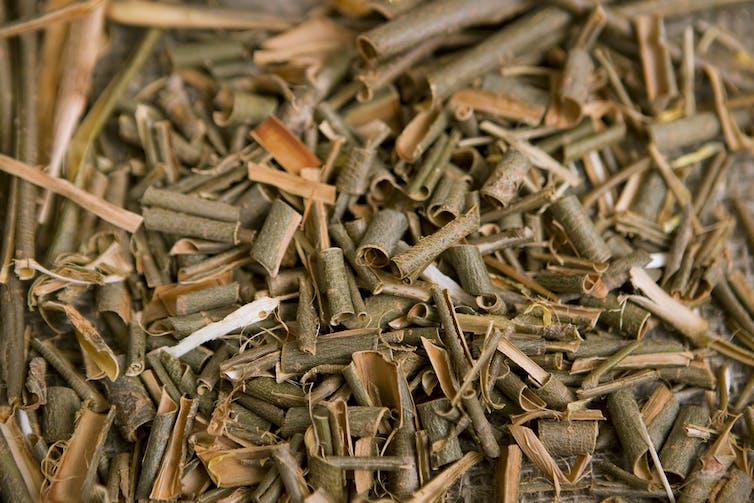 Black elderberry is a commonly used treatment for viral infections, but there’s not a lot of research about its effectiveness in cold treatment. 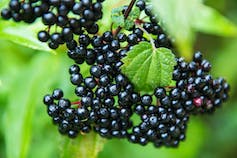 There’s not enough evidence to decide whether elderberry is effective. from www.shutterstock.com

A study that involved people taking black elderberry ten days before overseas air travel found it made no difference as to whether a person caught a cold or not. Although the authors suggest a difference in cold duration and severity, the evidence here seems weak.

They compared the collective duration of colds for all the study participants, rather than the average length of a cold. Given the group sizes were not equal, this isn’t a reliable finding. More research with an increased number of participants is needed to determine if severity and duration are really improved.

Chamomile is included in the night-time formulation, presumably to improve sleep. Unfortunately, there is no evidence chamomile helps you get to sleep sooner, sleep longer, or wake less often.

Studying herbal preparations is problematic because the parts of a plant, its species, and the methods for obtaining the desired compound all may influence the effect of the compound. So comparing different studies can be challenging, and companies will struggle to demonstrate the effectiveness of their products.

It may be that some of these supplements taken together have an effect, even if they don’t have any effect on their own. But there have been no well-designed trials to assess the efficacy of these supplements. Products with paracetamol and phenylephrine have more evidence they provide symptom relief than herbal supplements.

There is very little evidence the herbal and vitamin supplements in EASEaCOLD Cold and Flu, Day and Night help to treat the common cold, or the symptoms associated with a cold. Some, such as echinacea and garlic, may help to prevent a cold, or reduce its length or severity if taken prior to the cold’s onset. But good hygiene may be more effective (and cheaper!) in preventing a cold.