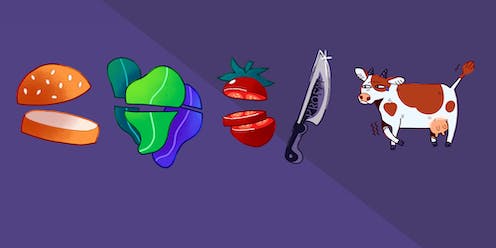 Hating bankers seems to be something of a global bloodsport, and this has only been intensified by the many scandals coming out of Financial Services Royal Commission.

But what often gets overlooked in times of mass gibbeting is the human cost. Far from the pin-striped-suit-wearing-cigar-chewing-fat-cat stereotype, the Australian employees in the banking sector are (mostly) just like the rest of us.

The emerging field of behavioural ethics shows us we are all motivated by self-serving interests and that, under the right circumstances, most people will act in ways that are opposed to their own moral principles.

Read more: Why do people hate bankers? No, really...

Psychological research has revealed what is referred to as the fundamental attribution error – a tendency to blame an individual’s character for bad outcomes.

In essence, we believe people who lie, cheat or steal do so because they’re bad apples. It is for this reason we feel justified in dragging them over hot coals.

Although satisfying to our sense of retributive justice, this is often unjustified.

Studies show when people are given the opportunity to cheat without getting caught, they will do so in order to benefit themselves, but just enough so they don’t see themselves as immoral.

We also know unethical behaviour tends to follow a slippery slope. Dishonesty increases overtime and people adapt to their behaviour (it feels more normal), leading to less activation of the amygdala – an area of the brain associated with perceptions of threat.

But, what leads good people to do bad things in the first place?

Studies on ethical fading reveal when people are focused on other factors (for example, the importance of meeting performance goals) they become less aware of the ethical dimensions to their decisions.

There are also a myriad of ways people use motivated reasoning to downplay the ethical consequences of their actions.

From bankers to burgers

If you think these biases are limited to bankers, think again. In my own research I’ve become fascinated with the psychology of meat eating. Why? Because it’s terribly common while also posing an ethical dilemma for almost all of us (me included).

Although a very large majority of us eat meat, many are also squeamish when it comes to the production of that meat. We don’t like to think of the harm associated with factory farms. In fact, very few of us can stomach the idea of killing an animal, yet we’re happy to eat lamb roast on Sundays and burgers in between.

So how do we resolve this tension between our desire to eat meat and the harm this brings to animals? We engage in all the same practices bankers have been accused of recently.

Our work shows we actively downplay the mental lives of animals, such as their capacity to experience pain or harm. This is so the ethical consequences of our behaviour appear less troublesome.

We have also traced these strategies – designed to protect us from the discomfort associated with the ethical implications of meat eating – all the way to how our societies and institutions are structured. Abattoirs are kept out of sight, we use euphemisms such as beef (versus cow) or pork (versus pig), and we promote the idea eating meat is natural, normal, and necessary.

Contrary to our retributive desire to hang wrong-doers out to dry, the evidence suggests we’re all prone to ethical failures.

Our self-serving biases are often unconscious, and we live and work in social systems that are sometimes designed to incentivise unethical behaviour and protect us from the consequences of our actions.

Bankers talk of profits rather than people. They have managers, boards, and shareholders who set and incentivise financial goals and targets, not ethical ones.

Can the banking sector improve its ethical scorecard? Most definitely yes. We must, however, view this as a systemic issue.

Just as those of us who consume burgers need to take a walk down humility lane, the banking sector needs to recognise the various pitfalls that have become ingrained in its very culture.

At the end of the day bankers are no more or less prone to the same ethical failures than the rest of us. Recognising that fact is the first step towards creating an open and safe culture where we can all admit our moral frailties without fear of becoming the next casualty of the blame bandwagon.