I was hopeful about the ABC’s new art/reality TV show, Everyone’s A Critic. Each week of the nine-part series sees “everyday Australians”, aka people from outside of the art world, visit major Australian galleries and discuss what they see there.

There are the 20-something fast car fans, Maurice and Harry, Nigerian-born sisters Amaka and Ebube, flamboyantly dressed Alexander and his vivacious friend Rudo, semi-retired grandparents Juliette and Rick, and friends from the Aboriginal Academy of Performing Arts, Garret, J-Maine and Levi. None are visual arts professionals.

Everyone’s A Critic is a compelling premise for an art show. However I have found it a tad disappointing. While the program may enlighten us about what “everyday Australians” think about art, it also reveals a disappointing lack of visual literacy among the general population.

There is the obligatory question “is this art?” peppered throughout the opening credits, along with, “I just don’t get contemporary art …” Of Edouard Detaille’s 1891 painting depicting a Napoleonic battle scene Vive L'Empereur!, Ebube and Amaka exclaim:

“The horse is nice.” 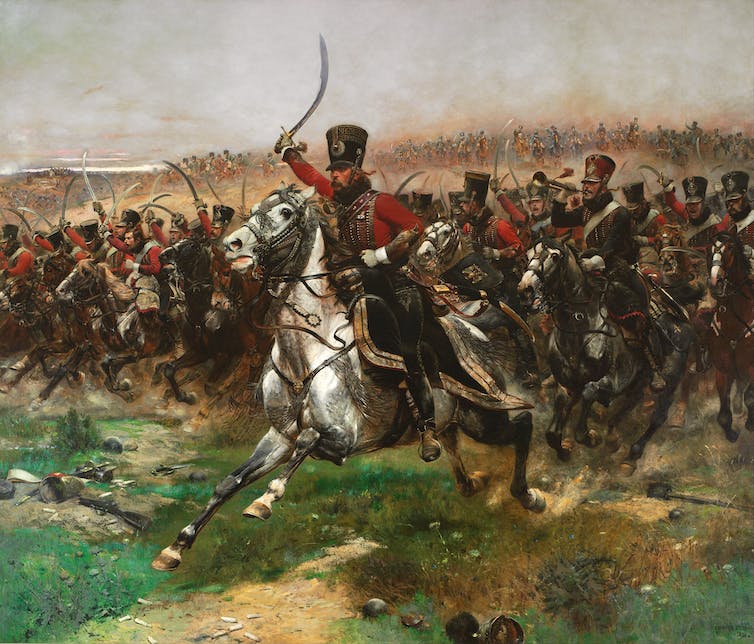 Fast car fans Maurice and Harry are unimpressed with their first impressions of Picasso’s 1937 painting, Weeping Woman. One says, “For me, I find Picasso a bit sort of kindergarten, the way he paints.”

Discussing a painting by Del Kathryn Barton, meanwhile, “of pink planets”, one critic doesn’t like it because it is too colourful. Another feels empowered by it. The commentary often lacks detailed analysis and deeper, incisive assessment of the artwork. Meanwhile, the meatier, more informative stuff is left to voiceovers by actress Kat Stewart, who discusses the artists’ lives, works and motivations.

While I’m not suggesting that experts replace the less seasoned critics, the format reveals a more general, even systemic, challenge the show’s producers face - the need for greater visual literacy in our population. This is vital because images, beyond those circulating in popular media, are fundamental to understanding and communicating meaning, especially between diverse societies and cultures.

Everyone’s A Critic isn’t nearly as entertaining as Channel Ten’s Gogglebox Australia, perhaps its closest counterpart. Evidently, and perhaps unsurprisingly, “everyday Australians” are more able to talk about television than they are art. As a result, Gogglebox is a richer, funnier show, as well as a more perceptive insight into television and the people who watch it (that is, most of us). 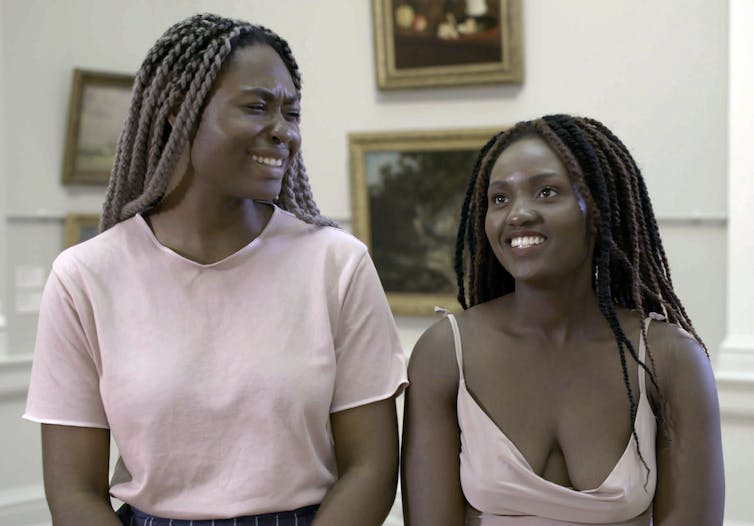 Nigerian-born sisters Amaka and Ebube in Everyone’s A Critic.

Perhaps, Everyone’s A Critic is the start of a similar kind of “opening up” for visual art, inviting comparison with what MasterChef has, seemingly, done for haute cuisine. But the show may be ahead of its time, requiring a leap in educating people about art before it can spark really meaningful conversations about it.

Nevertheless, Everyone’s A Critic can be applauded for a couple of reasons. With its appeal to “everyday” participants and audiences, it shows an increasing inclination within art galleries to broaden audiences and unlock the art world’s mystifying secrets.

It was, after all, only during the 18th century that the first European public museums began to accept visitors other than a minority of royalty, nobility and scholars. Such museums were clearly designed for wealthier and more educated people. According to sociologist, Pierre Bourdieu, the appreciation of art also demanded the education that class could provide.

Australia’s art galleries are, seemingly, more “open” to the public than ever before. They strive to attract larger and more diverse audiences, with blockbuster exhibitions, family-friendly amenities, public events and high quality gift shops. In 2017, Brisbane’s Queensland Art Gallery / Gallery of Modern Art had record-breaking attendances of 269,000 visitors through its Marvel exhibition, and Melbourne’s National Gallery of Victoria has broken its own attendance records with the Van Gogh and Triennial exhibitions.

This opening up is being driven by marketing teams seeking more visitors (to guarantee funding); some contemporary artists seeking to create work that connects directly with audiences; and curators and arts professionals working in earnest to engage with the broader public.

Australia’s art scene is becoming less elite, but in complex ways. There are still frequent public outcries about contemporary art, such as the outrage over photographer Bill Henson’s works depicting nude teenagers. These contribute to the gulf between the “art world” on one side (seen as an elite minority who waste public money) and the broader public on the other who are seen as ignorant about, and even suspicious of, contemporary art.

Us art folk still have a long road ahead, and as Everyone’s A Critic shows, this involves engaging people with art in ways that enable them to dig deeper.

Everyone’s A Critic screens 8.50pm Thursdays on ABC. It is also available on ABC iview.