Few activities that bead our everyday lives have earned such dubious notoriety as commuting. That the words “hell” and “nightmare” are sometimes invoked to describe journeys to and from work indicates just how disparaged this part of our lives often is. The commute has often been depicted in dystopian terms, standing for all that is stressful and wearying about our contemporary daily routines.

These journeys are often so deeply routinised that we rarely stop to think about them. Researchers have explored topics such as the link between commuting and our well-being – with the former significantly compromising the latter.

And there are statistics, such as journey times between cities. A survey in London, for instance, reported that on average British workers spend one year and 35 days commuting 308,607 kilometres in their lifetimes. Other studies indicate the average worker in Britain spends 139 hours a year commuting, the equivalent of 19 standard working days. 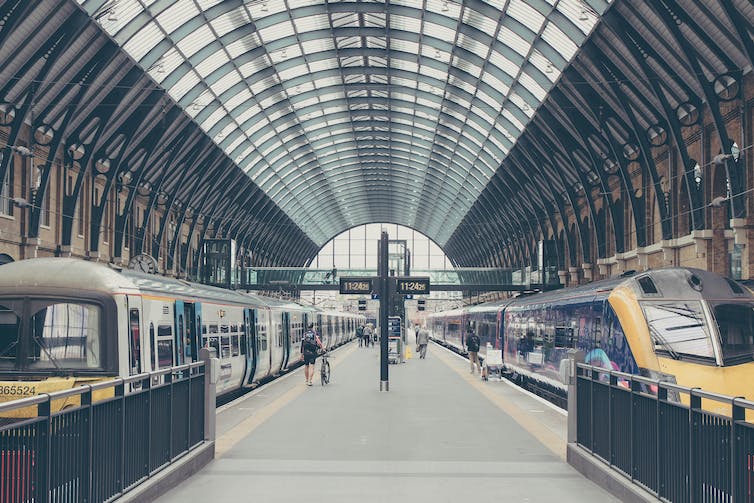 This information provides a bird’s eye view of our commutes. Aside from such high-level diagnoses, little is known about how commuting is transforming urban life. Zoom in, and we can begin to appreciate how the journey to and from work is a strange, liminal sphere of everyday life, fizzing with all manner of events and encounters that, for good or ill, make a difference to who we are.

Overhearing a strange conversation in hushed tones. Seeing the first rays of early morning sun while listening to a favourite artist. Momentarily catching the eye of the person sitting over there, again. Half-noticing the person in the car pulled up next to us at the lights has tears running down their cheeks.

These seemingly inconsequential encounters are significant because they can transform us in subtle but powerful ways. They might take us out of ourselves, looping our own dramas into the lives of others, intensifying our sense of connectedness to worlds beyond our own.

All the encounters we experience on our commutes, all the travelling environments we move through, impress on us and leave their mark. Even if we are not conscious of how an event has affected us at the time, we might come to realise, sometimes much later, how forceful that event was. Over time, and through repetition, what we experience becomes part of who we are, and who we are comes to be part of the environments we move through.

What this means is that, rather than passively transporting us, commuting journeys and transport systems are actively changing us. 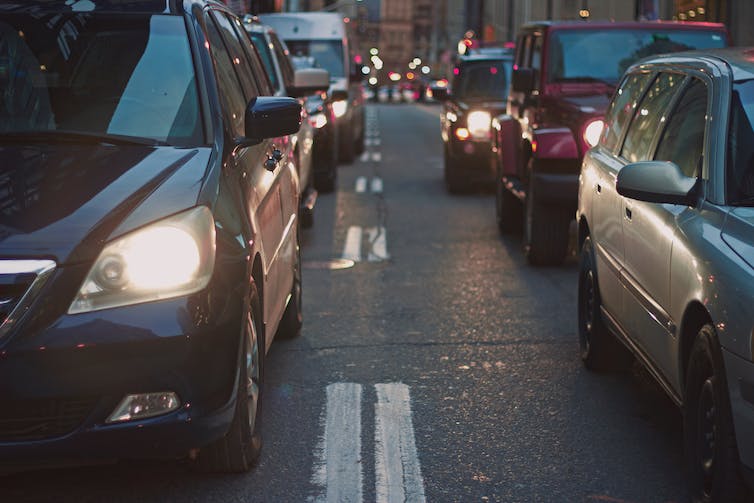 Commuting journeys and transport systems are actively changing us. Nabeel Syed/Unsplash, CC BY

In the mid-20th century, when city suburbs were growing rapidly, philosopher Henri Lefebvre was worried that the corresponding lengthening of commutes was a sign our free time was being taken away by the demands of work. Yet far from a work-induced zone of “dead time”, as has often been the assumption of economists, commuting is a time when we engage in all manner of activities, for work and play, that shape who we are.

Our commutes are crammed full of activities both enabled and constrained by the environments we move in. Scratching beneath the surface of these activities reveals a myriad of motivations, from the stubborn bargains we might make with ourselves to put our commute to productive work, to the less volitional and more happenchance sense of being lulled into swiping through a carousel of social media feeds on our phone yet again.

My recently published book, Transit Life: How Commuting Is Transforming Our Cities, is based on four years of researching commuting experiences in Sydney. Rather than evaluating whether these things are innately good or bad, the research taught me that, much like a prism, commuting refracts so many other parts of our lives.

How commuting changes us

A woman I interviewed told me her new commute was much shorter than her old one, so she would have to sit for a few minutes in her car once she arrived at work. She felt she had got there too quickly and craved more transition time.

Another woman told me she’d grown tired of the sensory bombardment of driving to work. She chose to switch to the train, which extended her commute by an hour and ten minutes. But this gave her time to plough through novels.

Then there was the man who did a commuter cycling course to reduce the profound anxiety he felt about biking to work in perilous traffic. This ended up being the catalyst for his choice to pursue a new career helping other would-be cycle commuters navigate traffic.

Read more: People take to their bikes when we make it safer and easier for them

Another woman bemoaned how her lengthy commute by car and then train took away from time she could otherwise be spending at home. Yet she spoke very affectionately about the sense of community that had built up over years in her train carriage, and how people looked out for each other, making sure they hadn’t slept beyond their stop. 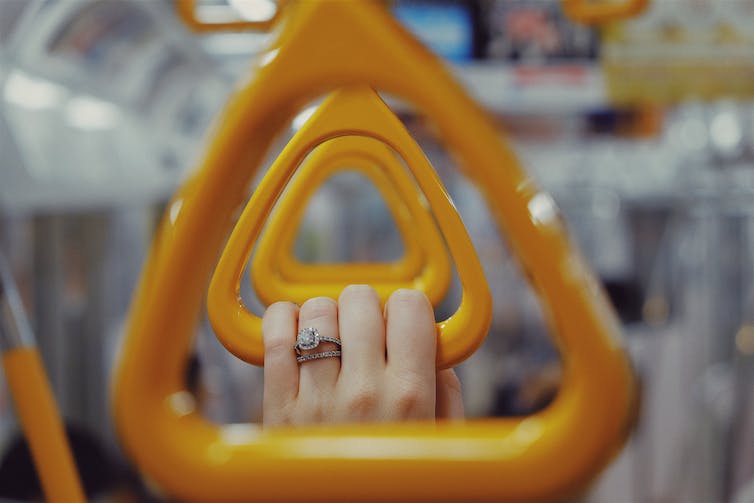 The situations we encounter on our way to and from work may have a lifelong impact on us. Jad Limcaco/Unsplash, CC BY

To claim commuting is either a negative or positive activity belies its fundamentally indeterminate nature. Commuting can tire, deplete and cost, but it can also enliven, excite and energise. Both poison and cure, the commute is a zone in which the tensions and contradictions, the diverse influences and desires that are our lives, come to the fore.

The multitude of events and encounters experienced in our own commutes might prompt us to ask questions of ourselves that strike to our core. Why did that person’s actions agitate me? What was it about today’s journey that made me feel at peace?

A one-off confrontation in transit might rattle and frustrate us, but repeated exposures to a threatening environment might change our constitution much more markedly. One long journey to work now and again might be bearable enough, but doing it repeatedly over years might reconfigure our drives and desires more fundamentally.

Our commutes come to question us in ways that can shift our values, make us rethink just what it is that matters to us, and allow us to re-evaluate what our work, relationships and communities might mean to us. Stuck in traffic, it might only be when we are feeling at our most constrained, or at our lowest ebb, that a new way of going on in life might present itself.