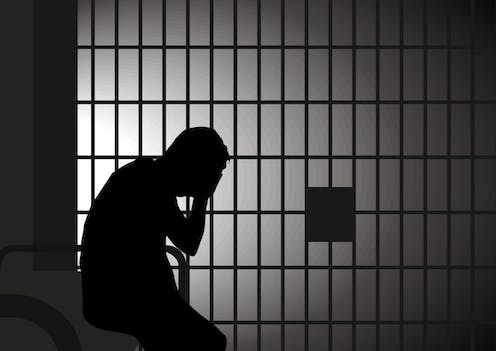 Just last week, the Victorian Court of Appeal significantly reduced the sentence given to Akon Guode, a mother who killed three of her children after driving her car into a lake in Melbourne. The main reason for the 8½ year sentence reduction was that the trial judge had not sufficiently taken Guode’s major depression into account.

While the circumstances of this offence were unusual, it is common for offenders to have mental health problems. Surveys have shown that almost half of Australian prison entrants report being affected by a mental disorder. With that in mind, how are mental health issues taken into account during the criminal justice process?

Around Australia, the sentencing principles in this area are known as the Verdins principles. These principles state that a mental impairment may affect a sentence in six ways:

1. It may reduce an offender’s “moral culpability” or blameworthiness for the offence.

This will only be the case where there was a link between the mental health condition and the offence. For example, the condition may have impaired the offender’s ability to think clearly about the offending behaviour. In such circumstances, there is less need to denounce the relevant conduct or to punish the perpetrator as harshly.

2. A mental impairment may affect the kind of sentence that is imposed or its conditions.

3. The offender’s mental health condition may make him or her an unsuitable vehicle for sending a deterrent message to the community.

One circumstance in which this may be the case is where the offender’s condition is likely to attract community sympathy.

4. The offender’s mental impairment may make it inappropriate to send him or her a deterrent message.

One example of this is where the offender has an impaired capacity to learn from the court’s statements.

5. An offender’s mental health condition may result in punishment weighing more heavily on him or her than it would on a person in normal health.

This provides a reason for reducing the level of punishment.

6. There may be a serious risk that imprisonment would cause a deterioration in the offender’s mental health.

This also provides a basis for imposing a more lenient sanction.

While not included in the Verdins principles, mental health problems may also affect an offender’s perceived prospects for rehabilitation. This will often depend on whether the relevant condition is considered treatable.

Each of these principles is mitigating – they point towards a more lenient sentence being given. However, it is also possible for a mental health condition to point towards the need for a more severe sentence. This will be the case where the community is seen to require protection from the offender due to that condition. For example, the offender’s condition may be considered untreatable, and his or her criminal behaviour unlikely to change as a result.

It will sometimes be the case that an offender’s mental health condition will provide reasons for both reducing and increasing an offender’s sentence. In such cases, the judge will need to balance all of the conflicting considerations and determine the most appropriate sentence.

The Verdins principles applies to any kind of mental disorder or abnormality, and have been used for offenders suffering from many different conditions including schizophrenia, depression and bipolar disorder.

In some cases, there does not even need to be a diagnosed mental illness. What matters is how the condition affected the offender at the time of the offending, or is likely to affect him or her in the future. However, it is important to note that the principles do not apply to paedophilia or personality disorders.

Some concern has been expressed about how frequently the Verdins principles are raised in sentencing hearings. However, the courts have been careful to ensure the principles are only applied after careful scrutiny of the evidence.

Courts have noted that sentencing offenders with mental health problems is inevitably difficult. Many different sentencing considerations must be taken into account, some of which pull in different directions. While perhaps not perfect, the Verdins principles currently provide the most nuanced approach to this complex issue that needs to be tackled fairly and with sensitivity.