There are many ways to get around a city. You can drive a car or ride a motorcycle. In many cities you have the option of public transport. And of course if you live close enough to where you are heading you can get around in a more active way by riding a bicycle or walking.

Cycling may be dangerous in some ways, but it’s healthy too. But do the health benefits outweigh the risks of potential death? And what about public transport or driving? What is the risk of having an accident, and are there any health benefits at all? There are a number of variables to consider, so the answers to these questions may not be as straightforward as you think.

Read more: What's most likely to kill you? Measuring how deadly our daily activities are

In terms of safety, some things to consider include your location, distance travelled, and the time of day you’re travelling. With more people on the roads during morning and evening peak hour, this is clearly the riskiest time to travel.

Other variables, such as the quality of roads/paths, weather conditions, and your skill as a driver or rider would also come into consideration. Another variable would be your mental state as you commute. For example, are you under the influence of alcohol or are you distracted by your mobile phone?

Overall though, if you live in a Western country, you are unlikely to die while travelling around the city, regardless of your mode of transport. But here are the numbers anyway.

Read more: Stay on the couch or go for a run? There's an app that can calculate the bigger risk 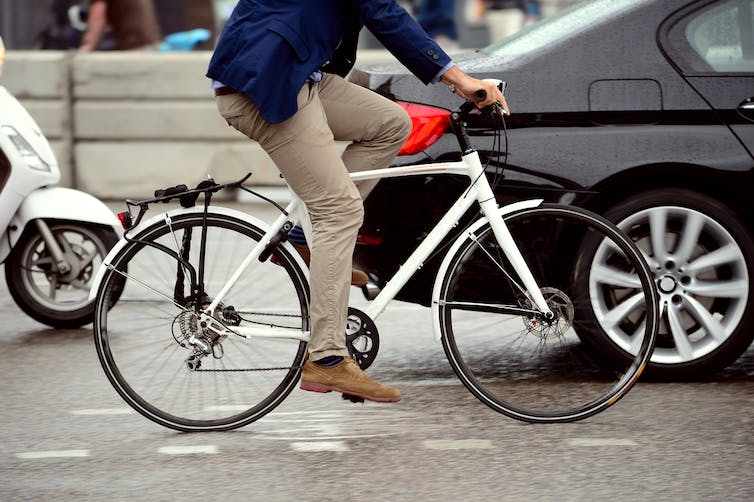 Cycling is by far the healthiest way to get around the city. from shutterstock.com

Riding your bike is by far the healthiest way of getting around. Not only does it get you to your destination, it also involves moderate to high intensity exercise.

Some might fear cycling. A recent report from the Australian Automobile Association showed 45 cyclists died on Australian roads over the past 12 months, compared to 25 deaths recorded over the same period in 2016-17. This is an increase of 80%. But it’s important to remember the overall population risk of having such an accident is small. If you live in a Western country, you would have to travel approximately 47km by bicycle to have a one in a million chance of dying.

And the health benefits of cycling far outweigh that risk. A 2017 study of more than 250,000 people in the UK showed cycling to work reduced your risk of death from all causes by around 40%. This study involved tracking people for around five years to look at the relationship between how they commute and a number of health outcomes.

It took into account their age, sex, socioeconomic status, ethnicity, smoking, BMI, diet and other types of physical activity. This estimate also took into account risks cyclists often worry about, such as having an accident and exposure to pollution. So when you cycle, the health benefits that reduce your risk of dying far exceed your actual chance of dying on the road. 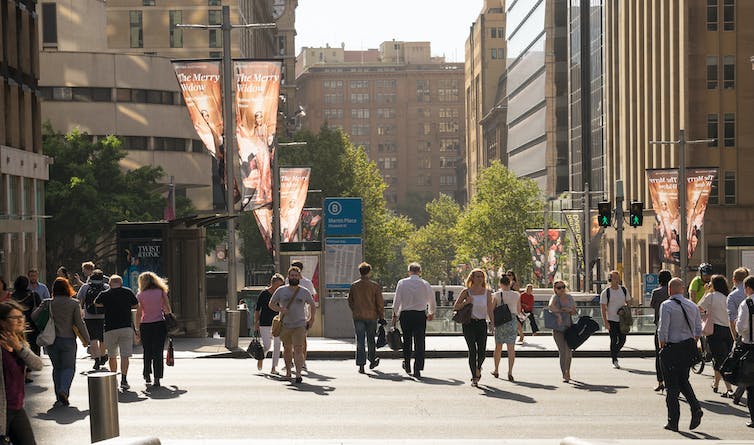 The health benefits for walking aren’t the same as for cycling. from shutterstock.com

The Australian Automobile Association report showed over the last 12 months, 177 pedestrians were killed on the road, representing a 4.7% increase from the year before. But again, the population risk is low. If you live in a Western country, you would need to walk around 27km to have a one in a million chance of dying.

Walking is a healthy alternative for getting around, though the benefits are not as marked as with cycling, and one needs to walk a reasonable distance each week. 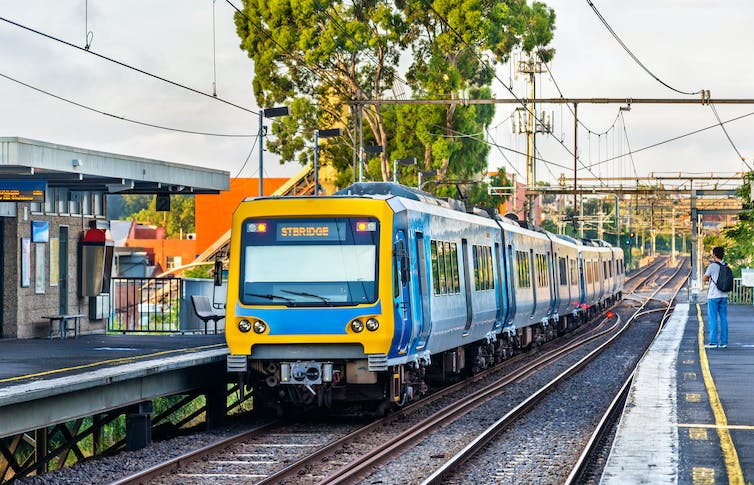 Catching a train is actually the safest way to travel. from shutterstock.com

Public transport also appears to improve health outcomes. This may be simply due to the fact taking public transport inevitably involves some walking. Of course being very close to lots of people does have its downsides, such as the increased risk of exposure to contagious diseases. Though the evidence on this is murky.

So, there is no justification for avoiding public transport due to a fear of contracting an illness. But getting your flu shot, and even wearing a mask if you’re ok with that, can reduce any risks that may exist, especially during the cold and flu season.

And when it comes to your risk of dying from an accident, catching a train (in a Western country) is actually the safest way to travel. You would need to travel almost 10,000km to have an approximately one in a million chance of dying. 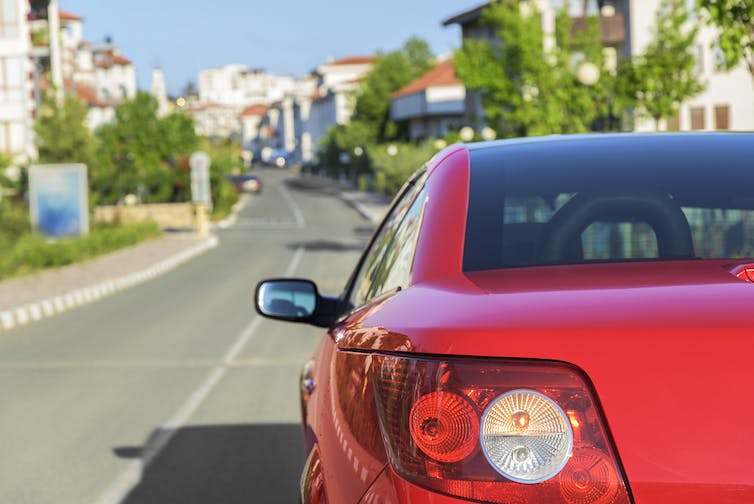 Driving a car is pretty safe, when it comes to your risk of death. But there are no health benefits. from shutterstock.com

Riding a motorcycle is by far the riskiest ways to travel in terms of causing death. You are 1,000 times more likely to die from motorcycle travel than if you’re travelling by train. For around every 10km travelled on a motor bike you have a one in a million chance of death.

In Australia, 580 drivers (of cars) were killed in the past 12 months – up 1.8% from the previous year. But risk-wise dying in a car accident is actually relatively unlikely, though your risk of injury is higher. You would need to travel approximately 330km to have a one in a million chance of dying. These figures indicate travelling by car is approximately seven times safer than riding a bike.

Both driving a car and riding a motorcycle have little going for them in terms of improving health. Plus, driving in peak hour traffic is pretty stressful.

So, if you want to make your daily commute a health promoting activity, cycling is the best way to go. Walking (assuming it is a reasonable distance) is pretty good too. Taking public transport is the safest if you’re afraid of accidents, and can also be active if you walk part of the way.