Public concern about housing affordability in Australia is well documented. It would be reasonable to assume our local governments are giving the supply of affordable housing the attention it deserves. However, our national survey reveals that while it’s a growing concern for many local governments across the country, especially in metropolitan areas, most councils do not view the provision of affordable housing as a priority for them.

The survey results strongly suggest that local governments do not feel they have the capacity to intervene in a meaningful way.

The survey included a range of questions about local governments’ engagement with housing-related activities in their area. We asked about the priority given to housing issues, how important housing is relative to other council issues, and what kinds of policies and initiatives they plan to implement to help resolve the problem.

Do councils think it’s a problem in their area?

Almost all the metropolitan councils saw housing affordability as an issue (Figure 1). Half saw it as a very substantial or substantial issue. Only 13.5% said it was not an issue.

In contrast, only 26.6% of non-metropolitan councils responded that housing affordability is a substantial or very substantial issue. 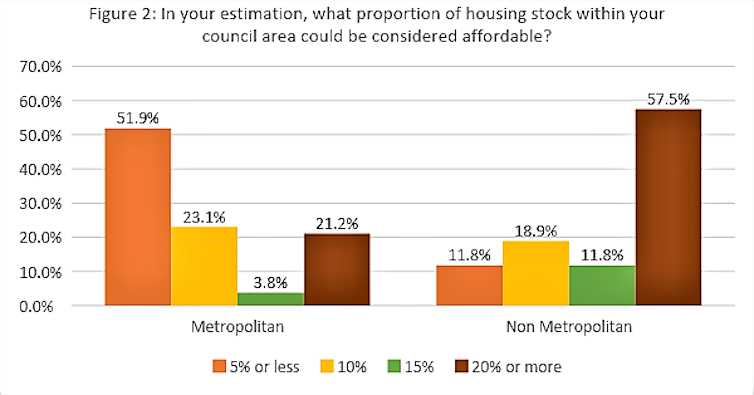 Author provided What are councils doing about it? Despite recognising the problem, very few councils appear to be making the provision of affordable housing a priority. Just 13.5% of respondents from metropolitan areas and 15.5% from non-metropolitan LGAs said their councillors gave housing affordability a substantial or very substantial amount of attention (Figure 3). 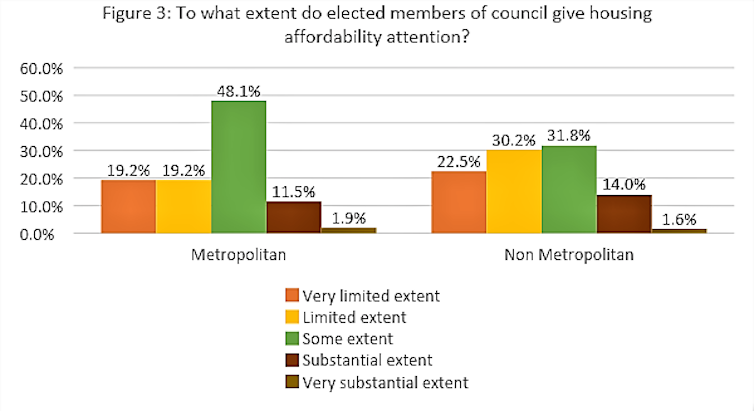 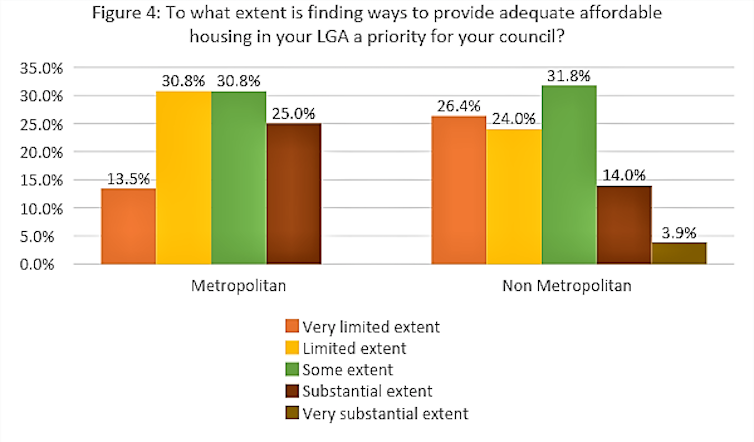 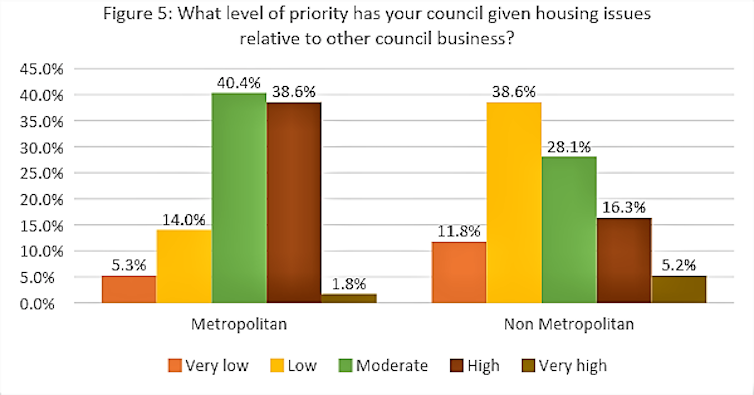 Author provided Do councils have policies, targets or strategies in place? Fewer than half of those surveyed said they had a “housing policy, housing plan or housing strategy” in place (Figure 6).

Author provided Those that reported having a formal policy said it focused on such issues as housing affordability, residential land development, population change, urban design, social and public housing, and energy efficiency. However, our survey reveals that those policies are not perceived as being particularly extensive. Figure 7 shows just one in four local governments in metropolitan areas and 10% from non-metropolitan areas believe their council’s housing policies are “comprehensive” to a very substantial or substantial extent. 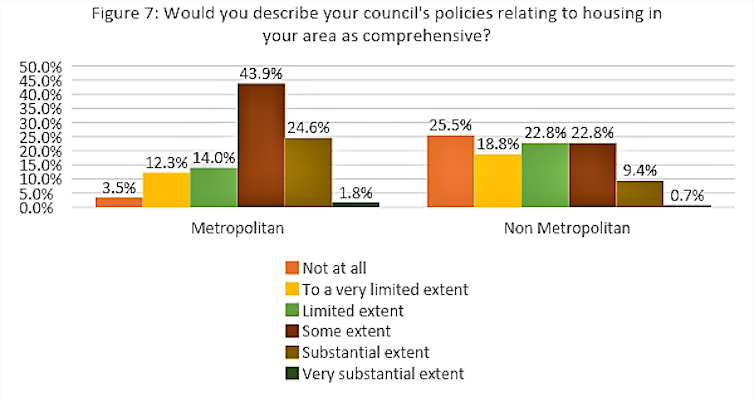 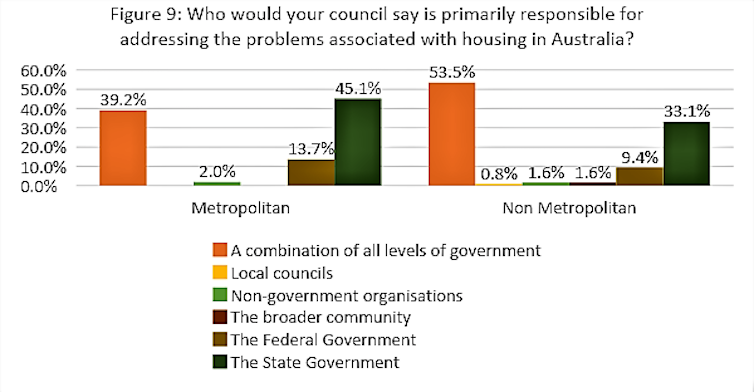