If you’ve seen the movie Spotlight, about the Boston Globe investigative reporters who uncovered the staggering extent of child sexual abuse in the Catholic Church in the US, you’re already familiar with the work of Walter V. Robinson. He’s the one played by Michael Keaton in the film.

In today’s episode of Media Files - a podcast about the media and how it works - Robinson shares some insights into where the Spotlight investigation began: from scratch.

“I mean, we made our living doing mostly stories about government corruption and malfeasance and we didn’t have a single file anywhere in all of our file cabinets that had the word ‘priest’ or ‘church’,” he says in today’s episode of Media Files.

“I said, look, let’s do this: let’s assemble a list of everybody we can think of who’s ever had anything to do with this sexual abuse of children in Massachusetts and let’s call them all and see what we can find out.”

The initial trickle of leads would soon turn into a flood.

“We had 300 victims just in Boston alone who contacted us in the first two or three weeks after we published,” he said, adding that, for many, “we were the first people they had ever told and they all thought that they were the only ones that this had ever happened to.”

The trailer for the film Spotlight.

Read more: Review: Spotlight's revealing story of child abuse in my home town – and maybe yours 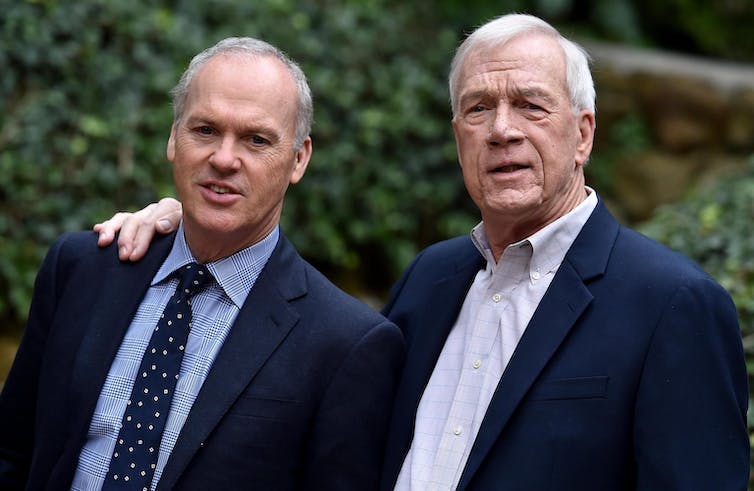 As Australia’s Royal Commission into Institutional Responses to Child Sexual Abuse has now made clear, the horrors the Spotlight team uncovered were not a uniquely US problem.

“Part of that column was the line, ‘There will be a royal commission into clergy abuse in Australia because there must be’. I remember reading that line before we went to print and I thought, ‘Yep, tomorrow I’ll talk to Joanne about that’,” Watson says on Media Files.

“And at that stage, Joanne had been writing about clergy abuse for 10 years; she had probably written 500 stories about it. And we thought, well, what are we going to do about it?”

McCarthy’s reporting, published while Watson was editor of the Newcastle Herald, lit the fuse that led to the Royal Commission into Institutional Responses to Child Sexual Abuse. Watson told Media Files there were endless challenges along the way.

“We had legal threats from the Catholic Church. We had priests from the pulpit mentioning the Newcastle Herald. I was actually in mass myself - and now I don’t go to church much anymore - when the priest mentioned that there was a statement at the back of the church to be collected about reports in the Newcastle Herald,” he said. “And I have had friendships fracture.”

In today’s episode of Media Files, we talk about the challenges in covering clergy abuse, how media outlets handle accusations against people who have since died and how journalists work with vulnerable survivors of abuse.

Read more: How investigative journalists are using social media to uncover the truth

Media Files is produced by a team of journalists and academics who have spent decades working in and reporting on the media industry. They’re passionate about sharing their understanding of the media landscape, especially how journalists operate, how media policy is changing, and how commercial manoeuvres and digital disruption are affecting the kinds of media and journalism we consume.

Media Files will be out every month, with occasional off-schedule episodes released when we’ve got fresh analysis we can’t wait to share with you. To make sure you don’t miss an episode, find us and subscribe on Apple Podcasts, in Pocket Casts or wherever you find your podcasts. And while you’re there, please rate and review us - it really helps others to find us.

You can find more podcast episodes from The Conversation here.

Recorded at the University of Melbourne’s Centre for Advancing Journalism. Producer: Andy Hazel and Gavin Nebauer.

Authors: Andrew Dodd, Director of the Centre for Advancing Journalism, University of Melbourne