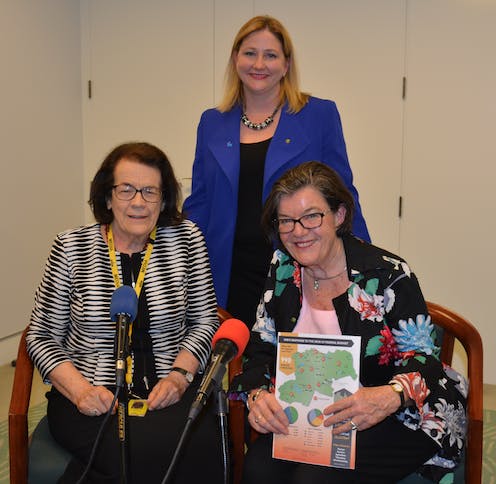 Independent Cathy McGowan and the Centre Alliance’s Rebekha Sharkie share more in common than just sitting on the crossbench. The members for Indi and Mayo respectively have dug in to retain their seats, and they believe there is “a mood” in the community for alternative candidates.

McGowan and Sharkie have given the government their confidence until the Wentworth byelection - after which they will consult with their electorates. They think Kerryn Phelps would have “an excellent chance” of winning the byelection if she runs as an independent. Sharkie said “I would certainly be keen to support her in any capacity and that just might be phone calls just to give her some support”.

Even a few weeks after the leadership spill, Sharkie said “there is still a lot of grieving in Mayo for the loss of Malcolm Turnbull”. The feeling in Indi was “very similar”, McGowan said, “except there was another level” - the loss of an energy policy.

On the Liberal’s problems with unity and women, McGowan said “it’s not just the bullying it’s how they work together as a team. In making themselves into a much better party they might open themselves to greater diversity and to better systems and practices for managing conflict.”