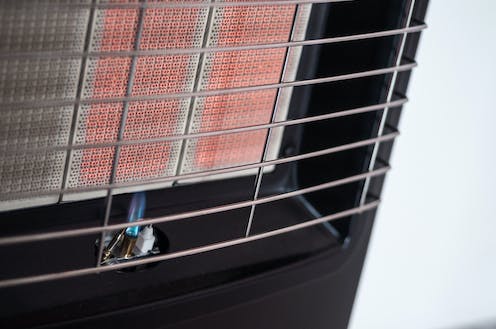 It's low-income earners and renters who are paying moreShutterstock

In a report to be released on Friday by the Australian Council of Social Service and the Brotherhood of St Laurence, we examine...

In a report to be released on Friday by the Australian Council of Social Service and the Brotherhood of St Laurence, we examine what these climbing prices have actually cost different types of households, after taking full account of energy use and government concessions and rebates, including solar energy rebates.

For most, it’s as affordable as it was ten years ago

A perhaps surprising finding is that, despite those strong price rises, there has been relatively little change in the amount households spend on gas and electricity as a proportion of their incomes.

The average proportion of household income spent on electricity and gas has climbed just 0.1% over the decade, from 2.3% to 2.4%.

Prices have climbed more sharply than spending, but some households have responded to higher prices by using less energy in order to keep costs in check. This has been achieved partly by taking advantage of improvements in the efficiency of devices such as air conditioners, and also by being more frugal.

But not for renters, or the unemployed

Low-income households, in particular households whose main source of income is a government payment such as Newstart, are spending much more of their (already small) budgets on energy.

In contrast, the highest-earning households spend just 1.5% of their income on energy, up from 1.4%.

One in four low-income households spend at least 9% or more of their income on energy.

Renters pay a higher proportion of their income than home owners, and have also suffered much bigger increases in costs, perhaps because they have less scope to make the sorts of changes to their homes needed to get costs down.

By region, costs are the highest in Adelaide (on average about 3.4% of disposable income) and the lowest in Sydney and Brisbane (about 2%).

If you’re wealthy, you can go solar

Another perhaps surprising finding is that the take-up of solar panels is fairly evenly distributed across the income spectrum. Among the bottom four in ten households the take-up is 15%. Among the top four in ten, it is 17%.

It’s the high payers that are paying more

For most, energy remains as affordable as it was ten years ago. That’s because, for most, incomes have been climbing – although not to the same extent as energy prices. Even pensioners received quite big increases in 2009.

Read more: Higher energy prices are here to stay – here's what we can do about it

It’s also because many households have been able to cut back their use of externally supplied energy, especially high wealth households that can afford solar panels, and those who own the home they live and have the right to modify it.

For others, especially households who rent, and those headed by people on non-pension benefits, energy costs are climbing sharply. Already paying much more of their income than others, they’re trapped into spending even more.