Australia’s report card on reducing its greenhouse gas emissions is not exactly glowing, but there are ample opportunities to get it on track during this period of rapid change in the energy sector. Greater use of renewable electricity sources like wind and solar are playing a large part in reducing emissions, and gas can also lift its game.

Gas provides nearly one quarter of Australia’s total energy supply. Around 130,000 commercial businesses rely on gas, and it delivers 44% of Australia’s household energy to more than 6.5 million homes which use natural gas for hot water, domestic heating, or cooking.

Gas has lower greenhouse emissions than most other fuels, and the gas used in power generation has about half the emissions of the current electricity grid.

Even so, natural gas can do more to help Australia meet its carbon-reduction targets.

Read more: Biogas: smells like a solution to our energy and waste problems

An industry document released last year, Gas Vision 2050, explains how new technologies such as biomethane and hydrogen can make that happen, by replacing conventional natural gas with low-emission alternative fuels.

Worldwide, renewable natural gas is dominated by biomethane, which can be generated from organic materials and residues from agriculture, food production and waste processing. 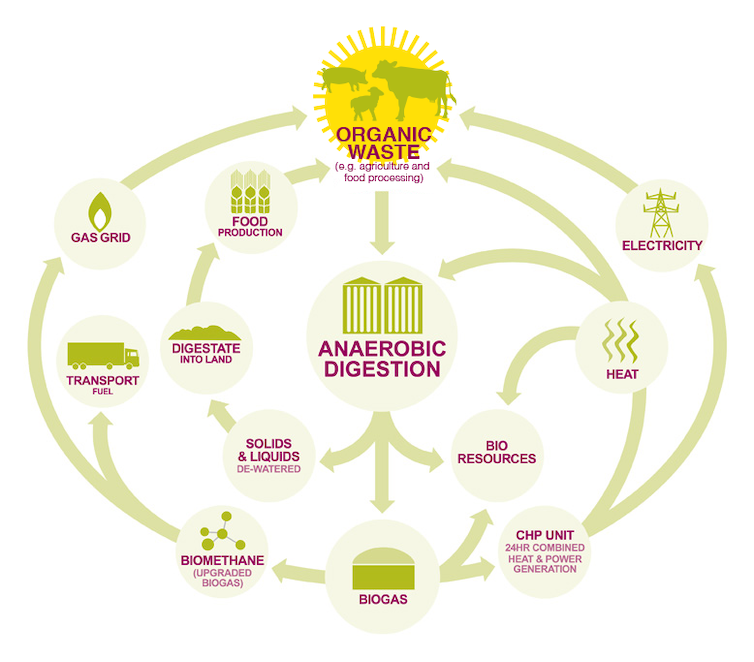 Multiple products of anaerobic digestion. Modified from ADBA with permission

The top biomethane-producing countries include Germany, the UK, Sweden, France and the United States, and many others are planning to use renewable gas more widely.

A 2017 report suggests that renewable natural gas could meet 76% of Europe’s natural gas demand by 2050.

Biomethane is a clean form of biogas that is 98% methane. Also known as green gas, it can be used interchangeably with conventional fossil-fuel natural gas.

Biogas is a mixture of around 60% methane and 40% carbon dioxide, plus traces of other contaminants. Turning biogas into biomethane requires technology that scrubs out the carbon dioxide.

While Australia currently does not have any upgrading plants, the production of biomethane can provide a huge boost to Australia’s nascent biogas industry.

The main use for biogas in Australia is for electricity production, heat, and combined heat and power.

Australia’s biogas sector has more than 240 anaerobic digestion (AD) plants, most of which are associated with landfill gas power units and municipal wastewater treatment. They also include:

There is also manure from around one million head of cattle in feedlots, which is currently not used to produce biogas, but is stockpiled for use as fertiliser on agricultural land. 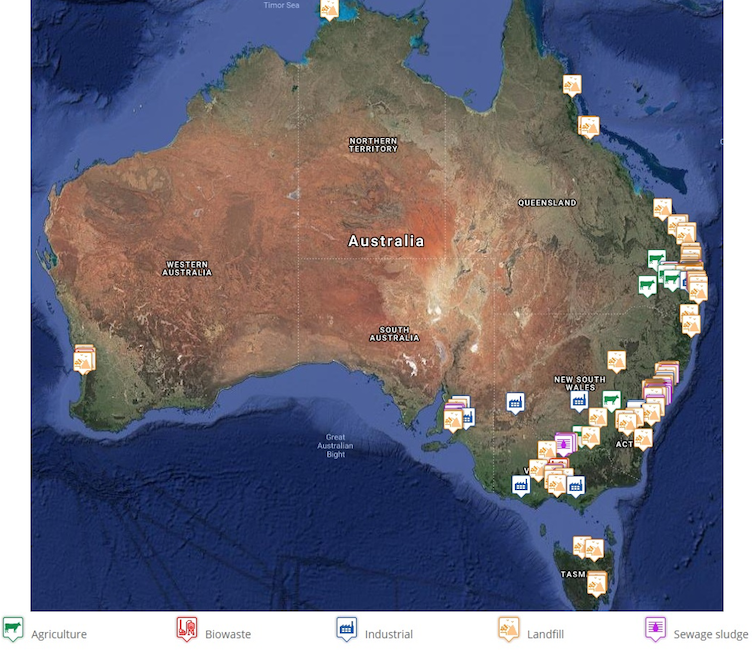 This topic and many others related to biogas and bioenergy more widely will be discussed at this week’s Annual Bioenergy Australia conference.

Of course, biomethane is just one way in which Australia can make the transition to a low-emissions future. But as natural gas is already touted as a “transition fuel” to a low-carbon economy, these new technologies can help ensure that existing gas infrastructure can still be used in the future.