Nail-biting, nose-picking, mouth-chewing, skin-picking, hair-pulling – we all do some of them, some of the time. Some normal grooming behaviours help maintain good hygiene (such as picking at a dirty finger nail) and appearance (plucking that pesky grey hair). But when do these normal behaviours become bothersome habits? And when do these habits become psychological disorders?

But a follow-up study reported much lower prevalence rates of 1-6%. This was because students were asked to consider if the consequences of their habit had ever required medical attention (for infections, for example) or interfered with daily functioning. This is when mental health professionals begin to see habitual body-focused repetitive behaviours as something more serious.

Read more: Pulling out your hair in frustration? What you need to know about trichotillomania

Sign up to Thrive, a weekly dose of evidence to help you live well. A recent Australian study reported that people with clinical levels of body-focused repetitive behaviours are two to four times more likely to experience other mental health difficulties such as depression and anxiety. The researchers expected that people with repetitive nail-biting and mouth-chewing (biting the inside of your cheek or mouth) would report better mental health than those with skin-picking and hair-pulling; this was not the case. Instead, all body-focused repetitive behaviours were related to poorer mental health and quality of life. The causal nature of these relationships is difficult to establish. However, these behaviours typically develop during childhood or adolescence, and some studies suggest the onset of depression is due to distress caused by severe body-focused repetitive behaviours. Read more: Unusual conditions: what is Rapunzel syndrome and why do some people eat hair? 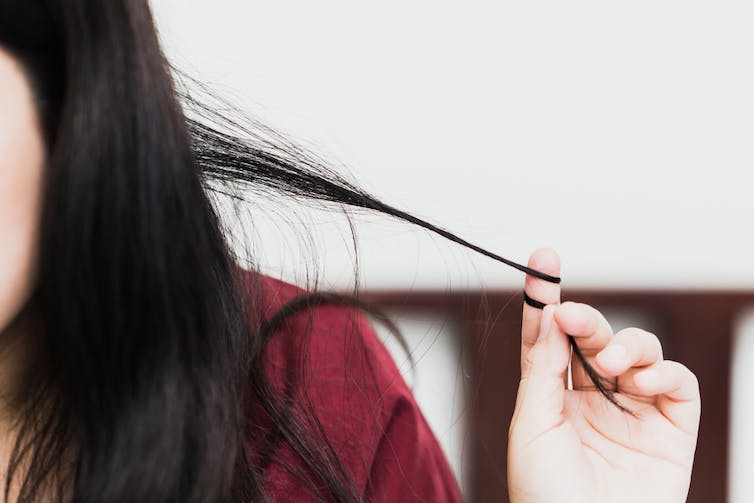