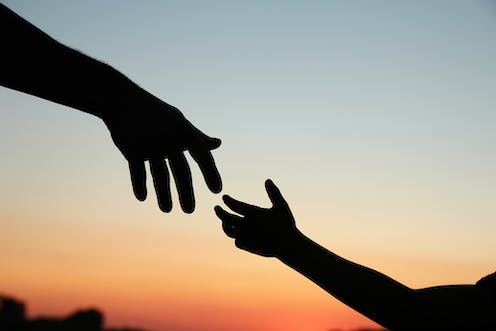 Today, Prime Minister Scott Morrison will make a national apology to victims and survivors of institutional child sexual abuse at Parliament House in Canberra. It is not a hollow gesture.

It is important for us a nation. It is from all Australians. It provides formal acknowledgement of people who have suffered immense hurt.

Until there is recognition, it feels like people’s experiences are being denied and silenced.

It matters because it is the first time an Australian government will acknowledge the failures by governments, faith-based and other community organisations to keep children and young people safe, and to respond appropriately to allegations.

It acknowledges that this harm was not an isolated event. It was spread across myriad organisations. From a public policy perspective, it shows that as a country we failed to value children and their right to safety.

We didn’t ask questions. We didn’t seek hard enough to prevent abuse. We failed to listen to the experiences of victims and their families.

For five years, we followed the Royal Commission into Institutional Responses to Child Sexual Abuse, which led to the release of its final report with 189 recommendations in December 2017.

The lessons from the 57 public hearings, and the heartbreaking testimony from 8,013 private sessions, are many.

The findings highlight the significant failures of institutions, and the steps we need to take to keep children safe in organisations in future.

For the apology to be meaningful, Australians will want concrete actions to provide redress for those already harmed.

A national redress scheme for victims of child sexual abuse in organisations has already been announced. It will allow survivors access to a direct personal response, psychological counselling and compensation of up to $150,000.

But what people really need to hear is that things will change. They want to know what is changing in youth-serving organisations. How will the mistakes from the past not be repeated?

They need to hear how child-safe strategies will become standard practice. How will they, for example, be embedded into funding arrangements and accountability requirements?

If organisations won’t prioritise the safety and well-being of children, then the public purse should not be open to them.

The apology is also a significant part of the maturing of the country.

Australians stood by while abuse happened. We did not all necessarily condone individual behaviours, although the royal commission made it clear that many did.

However, we all accepted a standard in the community that allowed abuse to go unchecked and didn’t value children sufficiently. There was no rush to put in place robust systems to prevent or intervene at the earliest signs of concern.

Child sexual abuse prevention requires grooming behaviour to be understood and acknowledged, so someone can step in to stop it.

The good news is that governments have started responding. Victoria now has Child Safe Standards in place, and many jurisdictions have developed “reportable conduct” schemes that require workers to notify authorities of abusive behaviours in an organisation.

Draft National Principles for Child-Safe Organisations have been agreed to by community services ministers from across the country. They will be submitted to the Council of Australian Governments for endorsement in late 2018.

To ensure the mistakes – and the trauma – of the past are not repeated, organisations that serve young people must undergo a cultural change to value children, and listen to and respond to their views about safety and well-being. This means:

It’s not just a matter of trying to identify and weed out “bad” people, as the behaviour is often secretive and the motive difficult to discern. Sometimes the risks are not just from adults, but from other young people.

Instead, organisations can adopt prevention strategies that focus on modifying risky environments (including physical structures, policies and supervision practices), so that it is harder for would-be perpetrators to behave as they did in the past. Governance, funding arrangements and accreditation should be contingent on serious progress towards a culture of safety.

If, in his apology, Morrison provides public acknowledgement of the harms, and hopefully a commitment to ensuring the highest standards of prevention, it will not only acknowledge the suffering past victims have endured — and continue to — but ensure their suffering was not in vain.