There’s no question about it: parks and protected areas are the absolute cornerstone of our efforts to protect nature. In the long term, we can’t save wildlife and ecosystems without them.

But people want to use parks too, and in rapidly growing numbers. Around the world, parks are destinations for recreational activities like hiking, bird-watching and camping, as well as noisier affairs such as mountain-biking, snowmobiling and four-wheel-driving.

Where do we draw the line?

Let’s start by looking at the roads that take us into and through parks. They can be a double-edged sword.

Roads are needed to allow tourists to access parks, but we have to be very careful where and how we build them. 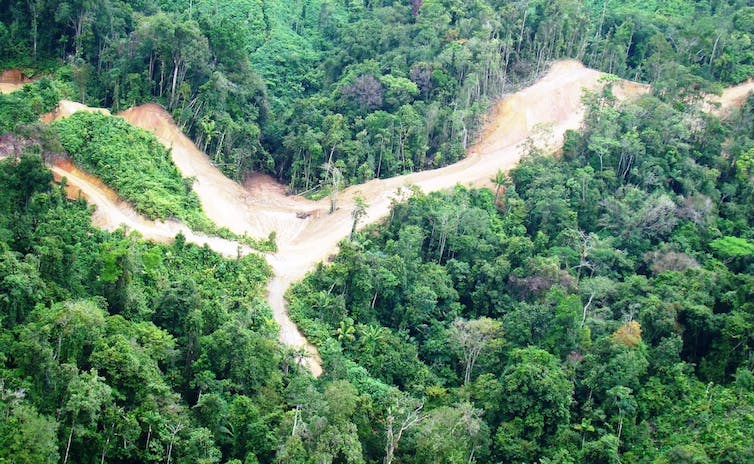 Road for an industrial gold mine slicing through Panamanian rainforest. Susan Laurance

In regions where law enforcement is weak, roads can rip apart a forest — sharply increasing illegal activities such as poaching, deforestation and mining.

According to my (Bill’s) research, new roads – often driven by foreign mining or timber investors from nations such as China – could damage up to a third of all the protected areas in sub-Saharan Africa.

In Nouabale Ndoke Park in the Congo Basin, poaching wasn’t a big problem until a new road was built along the edge of the park.

Suddenly the fatal rak-rak-rak of AK-47 rifles – often aimed at elephants by ivory poachers – was being heard all too often. 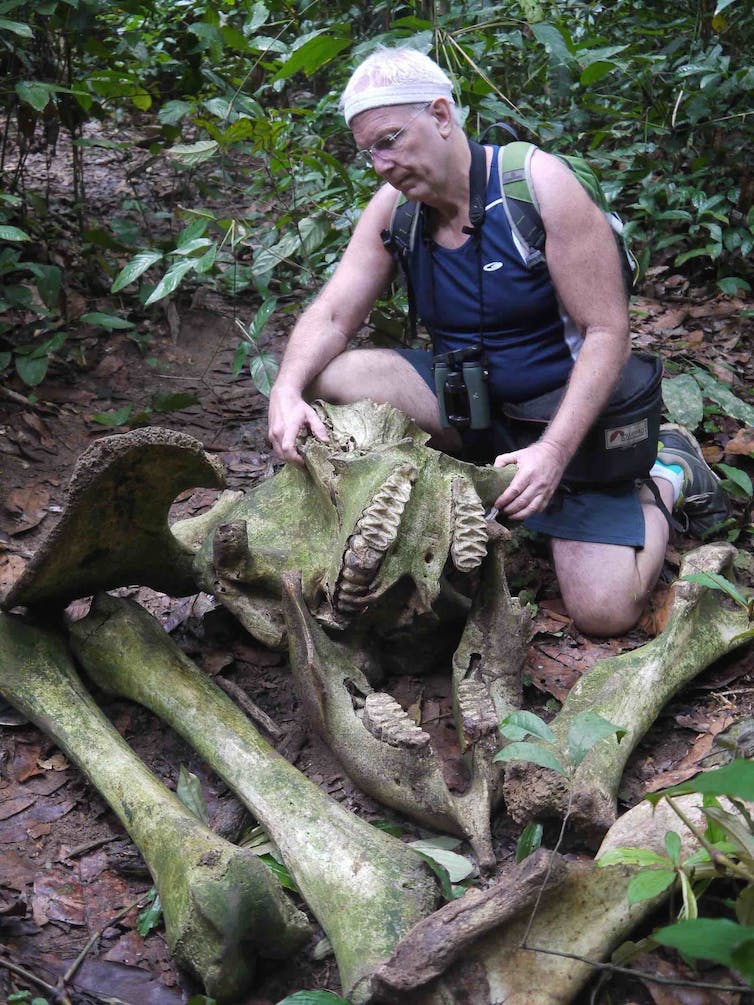 Bill Laurance examines a forest elephant slaughtered by poachers in the Congo. The elephant’s face had been hacked off to extract its valuable ivory tusks. Mahmoud Mahmoud

Roads are one thing, but what about a simple bike trail or walking track? They let in people too. But they are harmless, right?

Not always. A 2010 Canadian study found that mountain biking causes a range of environmental impacts, including tyres chewing up the soil, causing compaction and erosion. This is a significant problem for fragile alpine vegetation in mountainous areas where many bikers like to explore.

Rapidly moving cyclists can also scare wildlife. In North America and Europe, many wild species, such as bears, wolves, caribou and bobcats, have been shown to flee or avoid areas frequented by hikers or bikers.

In Indonesia, even trails used by ecotourists and birdwatchers scared away some sensitive wildlife species or caused them to shift to being active only at night. 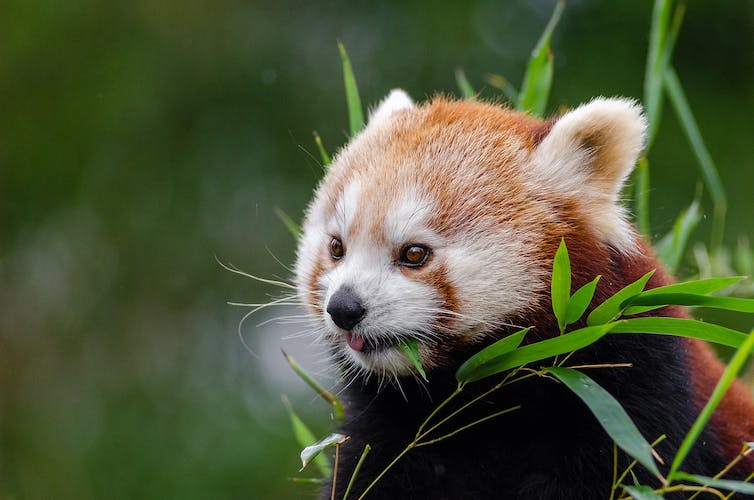 The red panda, an endangered species. Some wildlife avoid areas with even limited human use. Pixabay

Every type of human activity – be it hiking or biking or horse riding — has its own signature impact on nature. We simply don’t know the overall effect of human recreation on parks and protected areas globally.

However, a study earlier this year found that roughly one-third of all terrestrial protected areas worldwide – a staggering 6 million square kilometres, an area bigger than Kenya – is already under “intense” human pressure.

Read more: One-third of the world's nature reserves are under threat from humans

Roads, mines, industrial logging, farms, townships and cities all threaten these supposedly protected places. And on top of that are the impacts – probably lesser but still unquantified – of more benign human activities aimed at enjoying nature.

Is the answer to stop people from visiting parks?

Not really. Visitors in many parts of the world help to fund the operation of national parks, and provide vital income for local people.

Exposure to nature is also one of the best ways to enhance human health, build support for environmental protection, and generate political momentum for the establishment of new protected areas. 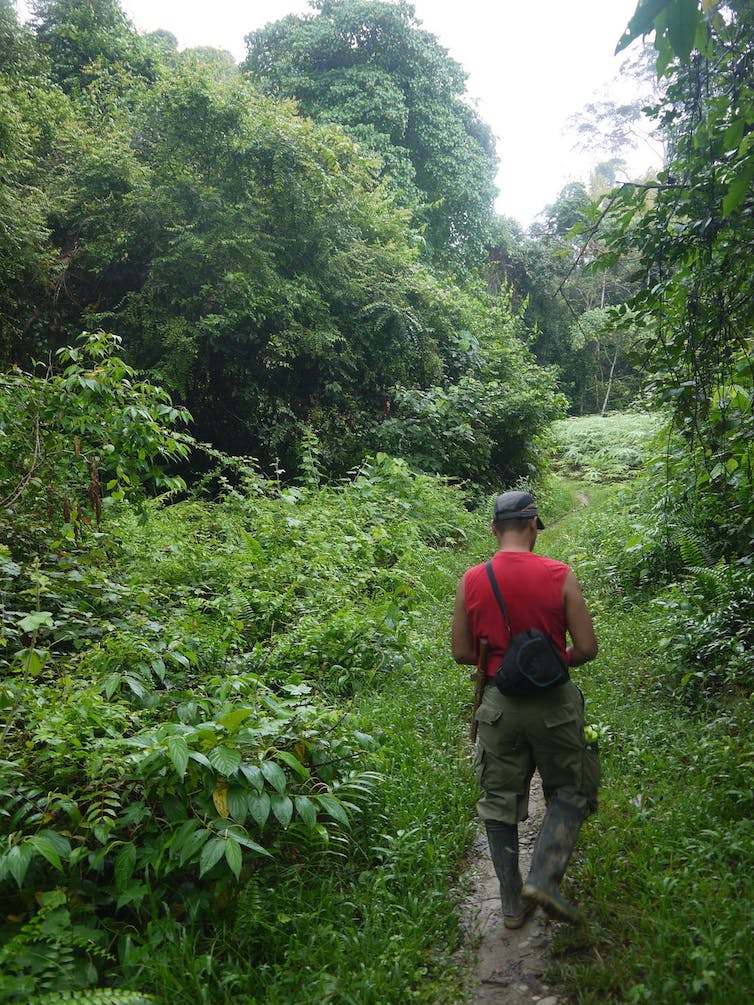 A hiker in the Leuser Ecosystem, Indonesia. William Laurance

What’s more, locking people out of land is a very unpopular thing to do. Governments that block people from accessing nature reserves often face an electoral backlash.

How to manage humanity

If we accept that people must be able to use parks, what’s the best way to limit their impacts on ecosystems and wildlife? One way is to encourage them to stay on designated trails and tourist routes.

A recent study (using geotagged data from photos) showed that half of all photos by park visitors were taken in less than 1% of each park.

In other words, most visitors use only a small, highly trafficked part of each park. That’s good news for nature.

If people tend to limit their activities to the vicinity of pretty waterfalls, spectacular vistas, and designated hiking areas, that leaves much of the park available for sensitive animals and ecosystems. 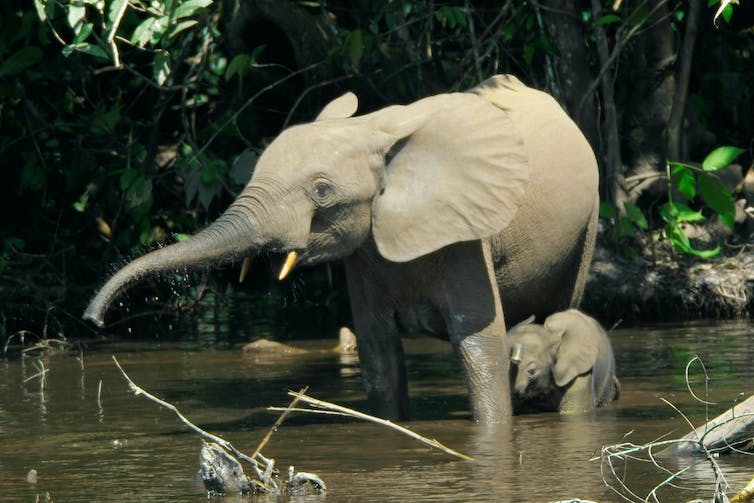 Forest elephants in Central Africa. In the past decade, two-thirds of all forest elephants have been wiped out by poachers and expanding roads. Thomas Breuer/ Wikipedia, CC BY-SA

There are many opportunities for practical science and management. We want to help design protected areas in a way that lets people enjoy them – but which also focuses their activities in particular areas while retaining large intact areas where wildlife can roam free with little human disturbance.

And while we’re designing our parks, we want to use every opportunity, and every visit, to educate and empower tourists. We need people using parks to understand, appreciate, and stand up for nature, rather than thinking of parks as simply playgrounds.