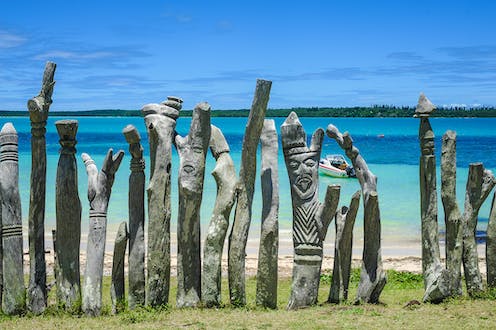 A historic independence vote is to be held on 4 November in the French territory of New Caledonia, our closest neighbour to the east from Brisbane.

The vote begins the final stage of a negotiated process that ended a civil war in the 1980s and has ushered in 30 years of predictability, peace and economic growth on our doorstep.

While representing a promise kept, it also revives deep-seated sensitivities and creates new uncertainties for New Caledonia, as well as France, Australia and the greater Pacific region, in the coming years.

Why is New Caledonia having a vote?

In a 1958 constitutional referendum, the vast majority of New Caledonians (98%) voted to remain a territory of France, based largely on the French government’s promise to give more autonomy to its territories within a national community.

However, as locals sought to develop New Caledonia’s nickel resources through foreign investment in the 1960s and ‘70s, France reneged on many of its concessions. The government encouraged European migration from metropolitan France and other French territories to develop the industry and gradually outnumber the indigenous Kanak population to preserve French sovereignty over the islands.By the 1980s, largely Kanak frustration led to violent protests, a boycotted independence vote in 1987 and eventually a brutal showdown with French police at a cave in 1988.

This watershed event, along with regional opposition to France’s policies in the South Pacific, caused Paris to reconsider its approach.

The French government negotiated the Matignon accords with the pro- and anti-independence groups. This established new local institutions, including three provinces, two of which were largely populated by Kanak. The accord also guaranteed an independence vote by 1998.

As that deadline approached, all sides agreed the risk of violence remained too high to hold the vote. So, another agreement was signed – the Noumea Accord – which deferred the vote for another 20 years after further handovers of responsibilities by France.

Read more: French classes in Australia need to acknowledge our Pacific neighbours too

Since then, much progress has been made in bringing peace to New Caledonia. Two new multi-billion dollar plants have been built and some of the territory’s nickel revenues have been redistributed to the local government.

All parties have also been working towards a “common destiny” that includes all longstanding communities in New Caledonia. And despite persistent calls for another deferral of the independence referendum given the risks of violence, all sides have agreed to proceed with the vote.

What will the outcome be?

The November 4 vote is the beginning of a potentially four-year-long process. In the referendum, all Indigenous Kanak and some other longstanding residents who qualify will vote on the question:

Do you want New Caledonia to accede to full sovereignty and become independent?

If the answer is “no”, a second vote may be held in 2020. If voters reject independence again, another vote may follow in 2022. If the answer is still “no” after that, France must initiate discussions about the future status of New Caledonia.

Some polls suggest at least 60% are likely to vote “no” this time, although the samples are small and there are large margins of error. There are also uncertainties about the Kanak vote. Since indigenous Kanaks have automatic voter registration in New Caledonia, pro-independence leaders believe a moderate increase in the Kanak population by 2022 may give them a chance at eventual success.

Read more: Anarchy in Kanaky? What the French elections mean for New Caledonia ... and Australia

France has not wasted time in starting the dialogue process. It initiated two reports in 2013 and 2016 after extensive consultations with all political parties, and set up a Committee of Dialogue for the Future at the end of 2017. Prime Minister Édouard Philippe arrives in Noumea the day after the vote to oversee and continue discussions.

Politically, both the pro-France and pro-independence sides have become fragmented since 1998. Successive provincial elections have seen increasing support for independence parties, dinting the ongoing majority of the pro-France side. On each side, there is a “mainstream” group of parties, as well as a more extreme fringe element – one radically pro-independent, one uncompromisingly pro-France.

There is potential common ground between the mainstream parties on both sides to agree on a future with further autonomy in partnership with France. But the ongoing referendum and dialogue process is complicated by the timing of provincial elections in May 2019, which could alter the political balance in the wake of the independence vote.

As Noumea Accord founder Alain Christnacht recently said, the main risk is a return of violence to New Caledonia. This may not necessarily reach 1980s levels, but nonetheless could be disruptive to the territory’s stability and economic growth. He said any solution that excluded the interests of the sizeable Kanak minority was doomed to fail.

What do France, Australia and the Pacific nations say?

France, while professing its commitment to holding a fair and legitimate vote, nonetheless has strong strategic interests in retaining New Caledonia. New Caledonia is France’s Pacific jewel, and losing it would have knock-on effects in French Polynesia and elsewhere.

While visiting Noumea in May, President Emmanuel Macron said that France would be less beautiful without New Caledonia and described the referendum as creating a new sovereignty within a national sovereignty, that is within France.

He also spoke of the need for Australia, India, France and New Caledonia (providing it remains French) to form a new “strategic axis” in the Indo-Pacific to counter China’s rise.

For the Pacific nations, who successfully lobbied France to end its nuclear testing and change its handling of decolonisation demands in the region, the stakes remain high, though positions have shifted.

Island states recognise the importance of French resources and engagement to balance new regional players, such as China. They have also welcomed New Caledonia and other French Pacific territories into the Pacific Islands Forum fold. Nonetheless, they are closely watching the final implementation of the Noumea Accord and sending observers to monitor the referendum.

Australia has no official position on the outcome. But clearly the ongoing presence of France is a strategic asset in the region, particularly at a time of uncertainty with the rise of China. As a result, Australia would likely welcome France’s commitment to remain engaged in New Caledonia in the long-term, regardless of the outcome of the vote.