Are there living things on different galaxies? – Annabel, age 6, Turramurra.

That’s a fantastic question, Annabel – and one scientists are desperate to answer. The short answer is that we simply don’t know. Many people suspect there must be life beyond the Earth, but we haven’t found any evidence yet.

Read more: Curious Kids: What plants could grow in the Goldilocks zone of space?

The fact that we haven’t found life elsewhere yet doesn’t mean that such life does not exist. Searching for life is really hard, even in the Solar system, so it could be that there is life very near by. We just haven’t found it yet.

My own guess is that there probably is life elsewhere in the Universe – and the reason for that is just how ginormous the universe is.

In our Solar system alone, there are lots of places life could exist

Let’s go for a tour of the Universe, starting at home, in the Solar system…

When you learn about the Solar system at school, you’ll learn about the eight planets – Mercury, Venus, Earth, Mars, Jupiter, Saturn, Uranus and Neptune – and that’s probably about it.

In fact, the Solar system contains an immense number of objects. We know of hundreds of thousands of asteroids, and think there may be more than ten trillion comets, held in cold storage around the Sun, halfway to the nearest star. Ten trillion is 10,000,000,000,000. That’s a lot of comets, all made of ice and dust! 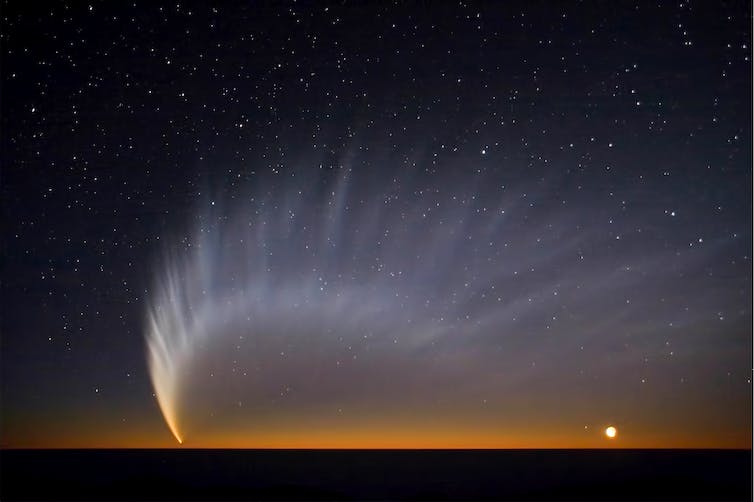 Comet McNaught is one of an estimated ten trillion dirty snowballs, all circling the Sun. ESO/Sebastian Deiries

Of the many objects in the Solar system, we think the best places to look for life are those that have liquid water, or had it in the past. Why? Well, on Earth, everywhere we find water we find life, so it seems natural to search where liquid water is present!

Mars is our main target, and we keep sending spacecraft to try to find out if there was ever life there.

But there are a growing number of other targets – moons orbiting the giant planets that have vast oceans of liquid water, buried deep underground.

Around Jupiter, we know that Europa, Ganymede and Callisto have oceans, each of which has more water than the Earth. Saturn’s moons, too, have oceans – with tiny Enceladus perhaps the most surprising place that we’ve found liquid water. 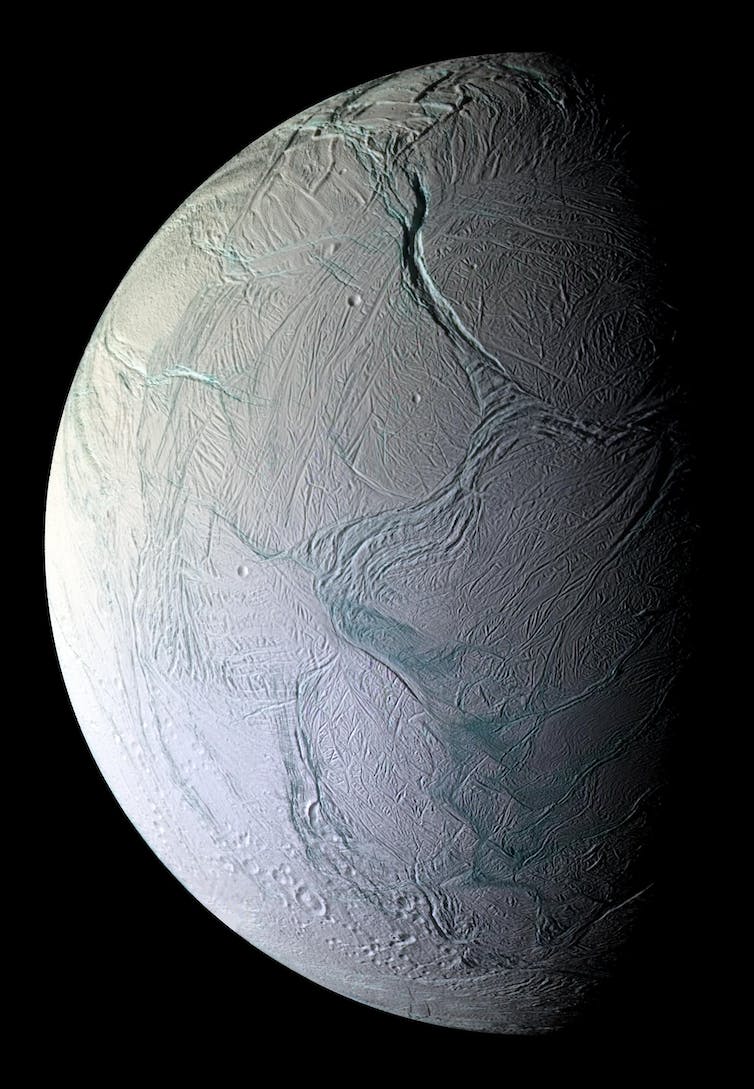 So, in our Solar system alone, there are loads of places that we think life could exist – and we’re busy looking to see if it is there.

A Universe full of planets

But the Solar system is just one of an immense number of planetary systems. The Sun is one of around 400 billion stars in our galaxy, the Milky Way. That’s 400,000,000,000 stars. And since I was a kid, we’ve learned that almost every star has planets. 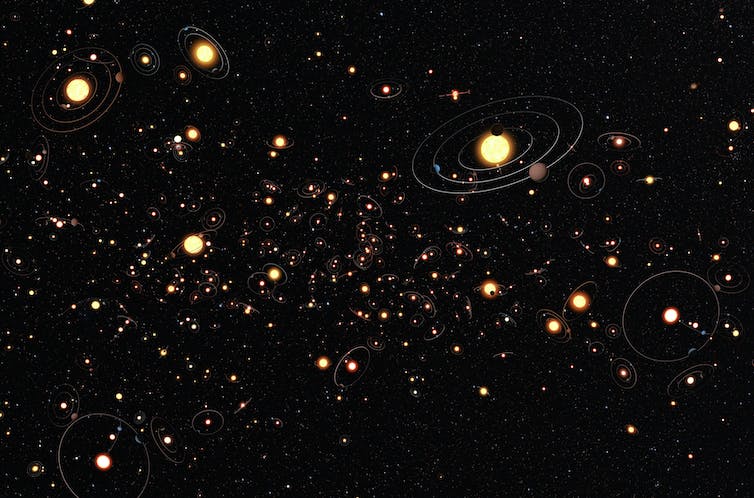 We now know that every star has planets - so there could be 3.2 trillion worlds out there in our galaxy - lots of room for life to thrive! ESO/M. Kornmesser

That’s a huge number of alien worlds to search, places where there could be life.

A Universe full of galaxies

But that’s still just the start. Our galaxy, the Milky Way, is a single “city” of stars, all clustering together. 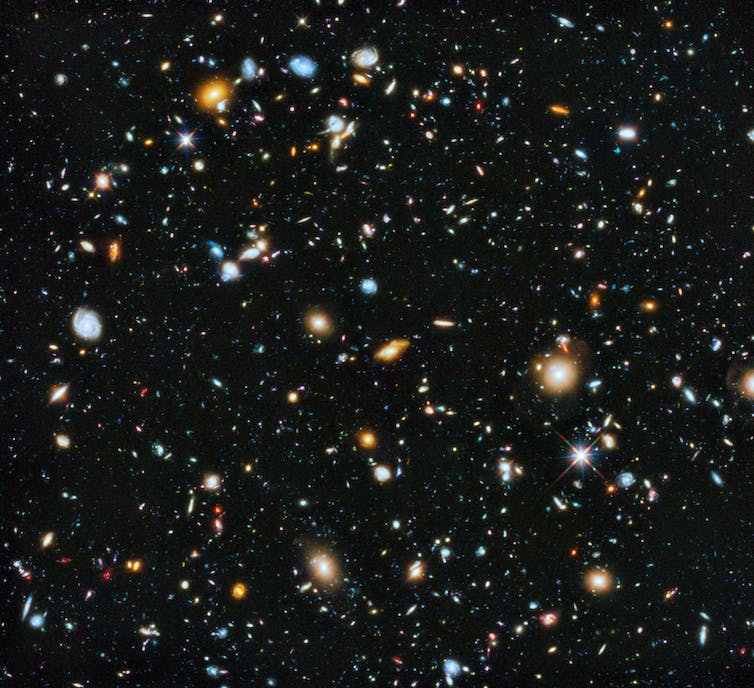 When the Hubble Space Telescope stared at an ‘empty’ piece of the sky, it saw galaxies everywhere – just a tiny fraction of all those spread through the Universe! NASA, ESA, H. Teplitz and M. Rafelski (IPAC/Caltech), A. Koekemoer (STScI), R. Windhorst (Arizona State University), and Z. Levay (STScI)

How big is that number? Well, that means there are more than a million planets in the universe for every single grain of sand on our planet.

What does that mean for life?

With so many planets, it’s hard to imagine that there is no life beyond Earth. There are simply so many places that could have life that I, personally, think there must be a ginormous number of inhabited planets through the universe. Probably billions, trillions, or even quadrillions!

But will we ever find out?

I’d really like to think so – but space is enormous, and the search will be really hard. If we find life in the near future, I’d bet on us finding it close to home, somewhere in the Solar system.