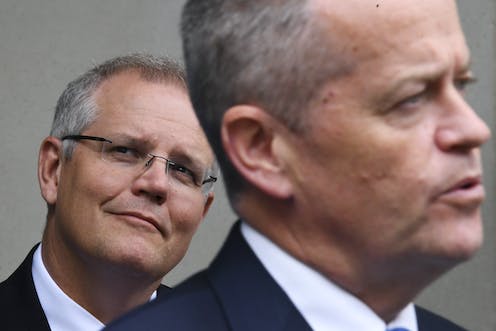 While their foreign policy approaches may seem very similar, there were some significant differences.AAP/Lukas Coch

It might be tempting to characterise back-to-back foreign policy speeches delivered by Prime Minister Scott Morrison and Opposition Leader Bill Shorten as the work of Tweedledum and Tweedledee.

It might be tempting to characterise back-to-back foreign policy speeches delivered by Prime Minister Scott Morrison and Opposition Leader Bill Shorten as the work of Tweedledum and Tweedledee.

In other words, policy prescriptions advanced by the two on challenges facing Australia in one of the most difficult foreign policy environments since the end of the Vietnam War may seem very similar.

But there are differences. These are significant and in a political sense are to be welcomed, because it is important that debate be had on how to manage these challenges.

What should be given ample scope is the question of Australia’s positioning vis-à-vis its cornerstone security ally, the United States, and its principal trading partner, China.

Engagement in that debate should be separated from the left-right shibboleths of whether those engaged are pro- or anti-American. Tempting though it might be for one side of politics to dust off the old wedge issue of fealty to the alliance, we need to move beyond that sterile discussion.

The foreign policy speeches delivered by Shorten and Morrison just days apart both addressed the issue of the triangular relationship between Canberra, Washington and Beijing. Both trod carefully.

In Morrison’s case, he did not seek to provide a new template for such a three-cornered relationship. Rather, he emphasised the enduring importance of the alliance and the desirability of the US remaining engaged in the Indo-Pacific.

The alliance with the United States is a choice we make about how best to pursue our security interests.

And US economic engagement is as essential to regional stability and prosperity as its security capabilities and network of alliances … A strong America – centrally engaged in the affairs of our region – is critical to Australia’s national interests.

Morrison did, however, acknowledge risks for Australia when he said it was “important that US-China relations do not become defined by confrontation”.

The period ahead will, at times, be testing but I am confident of our ability to navigate it. And once again our values and beliefs will guide us.

Morrison’s speech was heavy on “values” as a guide to Australian policy under his administration. In this regard, he might have been echoing earlier statements by Labor’s foreign policy spokeswoman, Penny Wong, who has pursued a “values” theme in her foreign policy speeches over the past several years. 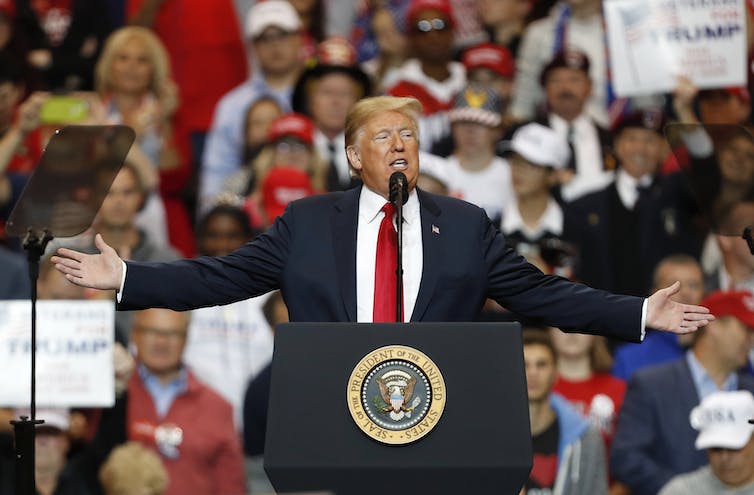 Shorten, on the other hand, provided more grist beyond a “values” statement about Australian priorities under a Labor administration. In the process, he edged cautiously towards a posture of greater independence from an America under Donald Trump and future presidents bound by an “America first” mindset.

Australia’s interests will obviously be different from those of the United State in some areas; our national focus is different, our relationships with our close neighbours are different, our economies have different structures.

And indeed differences in perspective and opinion are one of the many valuable qualities we bring to our alliance with the United States.

The Labor Party opposed the second Iraq war – and in view of the consequences, we were more responsible allies for doing so…

We can – and will – express any differences within the enduring framework of our close relationship.

Many Australians, including a plethora of Labor supporters, will be hoping a transactional and opportunistic Shorten lives up to this declaration.

His reference to Labor’s opposition to the Iraq war oversimplifies the party’s position, in fact.

Commendably, then leader Simon Crean decreed Labor would not support Australia’s involvement without a United Nations-sanctioned process. But there were those in the party, including then foreign policy spokesman Kevin Rudd and former leader Kim Beazley, who were squeamish about this position.

Shorten himself was not yet in parliament.

The Iraq experience, in which Crean courageously asserted an independent position on the rush to war in Iraq, should be regarded by its latter-day leaders as a template for relations with Washington.

In some respects, it proved to be Crean’s finest hour. The Iraq invasion contributed to the destabilisation of the entire Middle East. It has involved expenditures of trillions of dollars, and counting, by the US and its allies.

Among various negative consequences of the march of folly in Iraq is the emboldening of Iran and its increased ability to assert itself more widely in its region. This is a story that has far from played itself out.

Both Morrison and Shorten dwelled, as might be expected, on relations with China. Shorten was both bolder and more nuanced.

The next Labor government will not deal with China purely through the prism of worst-case assumptions about its long-term ambitions.

We will deal with China on the basis of the actions it takes – and in our own national interests. 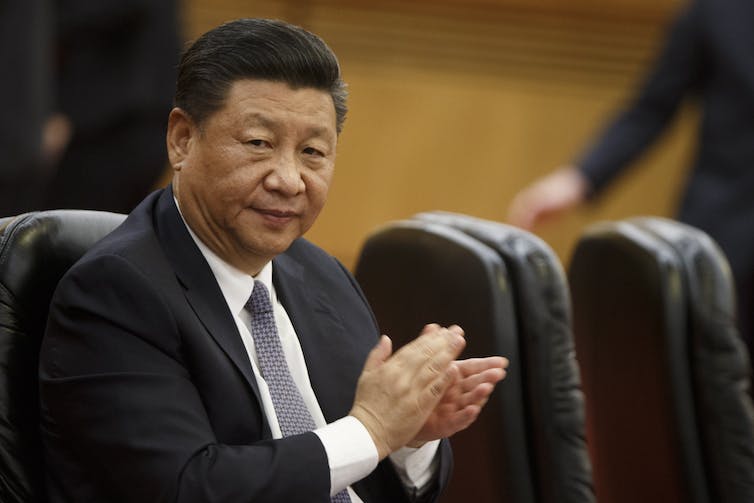 Shorten was both bolder and more nuanced in discussing Australia’s relationship with China. AAP/EPA/Thomas Peter/Pool

Morrison was more matter-of-fact. This no doubt reflects to a degree that he is feeling his way in his early days as prime minister.

Australia has also a vitally important relationship with China … We are committed to deepening our comprehensive strategic partnership with China.

Of course, China is not alone in being a force of change in our world.

But China is a country that is most changing the balance of power, sometimes in ways that challenge important US interests.

Inevitably, in the period ahead, we will be navigating a higher degree of US-China strategic competition.

What can be said about the Shorten and Morrison world views is that the former’s thinking has developed further than the latter’s, as might be expected given that the Labor leader has been in the job for five years, and Morrison just a few months.

However, it is also possible to detect doctrinal differences that point to a shift in Australian foreign policy under a Shorten-led government to one where Australia seeks to enlarge its room for manoeuvre in a region undergoing wrenching change.

Inevitably, this is leading to a change in tone. Whether this also results in a repositioning of Australian policy remains to be seen.

Read more: Turnbull pushes the 'reset' button with China, but will it be enough?

In Morrison’s case, it is less likely a Coalition would seek to put much distance between itself and Washington.

Where Morrison and Shorten converge is in their approaches to Australia’s engagement in the southwest Pacific in response to Beijing’s overtures to Pacific island states.

Both have pledged to step up Australia’s involvement. In his speech, Morrison noted Australia would build a naval base on Manus Island in Papua New Guinea.

Given that Australia has long been the metropolitan power in the southwest Pacific, it could be said that pledges of engagement by both sides are belated.

But it might be also be observed that it’s better late than never.