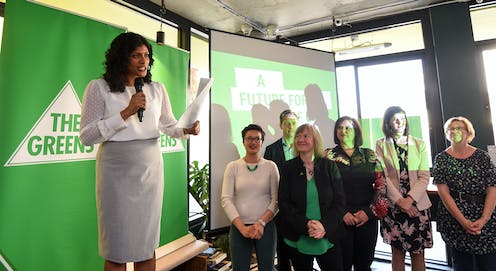 Critical times lie ahead for the Greens in Victoria and across the federation more generally.

In recent years, the Greens have managed to achieve what most minor parties and independents have failed to do: cut a swathe through a political system that is not particularly welcoming to new entrants. The Greens have defied the odds, cultivating a modest but committed base of support and managing to elect representatives to every Australian parliament except in the Northern Territory.

Yet in spite of their achievements over the last three decades, an underlying fragility permeates the Greens’ electoral prospects. And the Victorian state election on November 24 throws into sharp relief the precariousness that confronts the party.

Victoria has arguably emerged as one of the Greens’ electoral strongholds. Since 1999, the Greens’ statewide share of the lower house primary vote has increased from 1.2% to 11.5% in 2014.

At the 2014 state election, the party seized the electorate of Melbourne from Labor and, in what was deemed a shock outcome, won the Liberal-held seat of Prahran. These two wins were in addition to gaining five upper house seats. The Greens later won the inner metropolitan lower house seat of Northcote in a 2017 byelection.

That the Greens have several seats to defend is an enviable position for the party going into this election. But it also presents a challenge. Securing the re-election of all eight incumbents, let alone expanding their parliamentary representation, is a critical test of the party’s ability to shed its minor party status.

The Greens have opportunities to gain new lower house seats at this election. In the seat of Brunswick, the ALP incumbent, Jane Garrett, fearing a “green-slide”, chose to retreat to the comparative safety of the number one spot on Labor’s Eastern Victorian upper house ticket. Garrett’s instincts might prove correct, especially with reports that the Liberals have issued an open ticket in that seat.

Richmond is also an active prospect for the Greens because the Liberals are not fielding an official candidate. The Liberals claim this decision is entirely principled; they do not wish to be implicated in the re-election of the ALP incumbent, Richard Wynne, because of his involvement in the so-called “red shirts scandal”. But it is impossible to ignore the fact that Richmond is Labor’s third-most-marginal electorate and the seat of a presiding minister.

But what the Liberals give, they also have the power to take away. Their decision to field candidates in Northcote and Melbourne, where Labor is competitive, puts both seats in contention.

This is especially true of Northcote, which the Greens won in a byelection with relatively low turnout (79% compared to 91.67% at the 2014 election) and no Liberal candidate to channel second preferences to the Labor candidate. This time, the Liberals are issuing an open ticket. Under these conditions, Liberals voters are likely to be more inclined to preference the Labor candidate ahead of the Greens.

Nor will Prahran be an easy seat for the Greens to retain. It is among the 16 “target seats” that have been the focus of Liberal campaign efforts for the past nine months. The Greens incumbent, Sam Hibbins, holds the seat by the barest of margins (0.37%). Hibbins was elected from third position with the assistance of preferences from minor parties and the ALP in 2014.

The upper house also presents uncertainty for the Greens. The party was keen to negotiate a preference deal with Labor because it secured all but one upper house vacancies with a full quota in 2014. However, Labor ignored its overtures, focusing its energies on ill-fated preference negotiations with the Liberals. In this election, the group ticket votes lodged by Labor place the Greens behind right-tending parties in several regions.

When combined with the size of the field and the likely strengthening of Labor’s primary vote, several analysts warn that the Greens might be in peril in some regions.

Aggravating matters further is that the Greens have been caught off guard having to defend the party against Labor’s claims that it has “a toxic cultural problem” in relation to women. Nor are the Greens able to invoke asylum-seeker policy to turn concerned inner metropolitan voters away from Labor given that it is a federal matter.

Labor is also campaigning on several issues that have potential to crowd out the Greens’ policy messaging. In addition to announcing a fairly progressive energy policy, a pledge to expand the rail network and to build cycle lanes, Labor has indicated it will establish a taskforce to consider a proposal for the Great Forest National Park, an initiative it had rejected prior to the 2014 state election.

None of this is to say that Labor will easily gazump the Greens. The government’s policy pledges are likely to be perceived as either too contingent or modest to satisfy the more committed green/progressive supporter. But Labor’s election pledges might prove enough to slow down the Greens’ advance in key inner metro seats, while the micro-parties and their intricate preference deals might well frustrate Green hopes in several upper house regions.