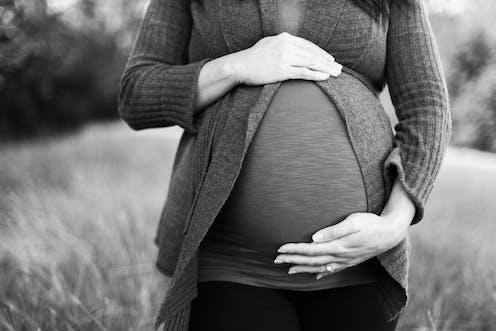 The decision to induce labour depends on many factors, but women must be central to this process.Heather Mount/Unsplash

Birth is a natural process, and for many women, it goes according to plan. But when a baby is overdue or complications arise for mother or baby, the woman may need to consider being induced, which means having the birth sped up...

Birth is a natural process, and for many women, it goes according to plan. But when a baby is overdue or complications arise for mother or baby, the woman may need to consider being induced, which means having the birth sped up with medical intervention.

In 1973, an Irish doctor called Kieran O’Driscoll introduced an “active management of labour” policy in an Irish hospital that went on to change the global face of maternity care.

O’Driscoll’s aim was to ensure every woman having her first baby would be delivered within 12 hours of going into labour, to avoid the physical and emotional exhaustion of prolonged labour (defined as more than 12 hours for first-time mothers).

Under the active management policy, intervention occurred if the woman’s cervix did not dilate by one centimetre per hour. Intervention would occur by breaking the water sac (known as the membranes) and, one hour later, starting an artificial hormone via intravenous drip to stimulate contractions of the womb.

The intravenous drip was increased at 30 minute intervals until contractions occurred two to three minutes apart, or the maximum dose was given.

Today, an induction of labour is a similar process but it begins with one or two extra steps to help with cervical “ripening”. This essentially means softening the cervix so it can dilate.

The first is a “stretch and sweep” of the membranes. This involves a health professional, via vaginal examination, pushing their finger through the cervix and rubbing the base of the water sac encasing the baby.

The second is the insertion of hormonal gel or a balloon catheter into the cervical canal to help it open.

When is labour induced?

Labour is often induced when a woman’s pregnancy lasts for 40 weeks or more, or when her waters break before 34 weeks and there are concerns for the baby or mother’s health.

A baby can also be induced: after 34 weeks if there is a risk of infection to mother or baby; when a baby is thought to be growing “too large”; when pregnancy complications are affecting the mother or baby; or when a baby dies in the womb (stillbirth).

Women at greater than 39-40 weeks gestation may also request induction for social reasons, such as to plan the date of birth around important family commitments such as a partner being imminently posted overseas. Though this is not recommended. 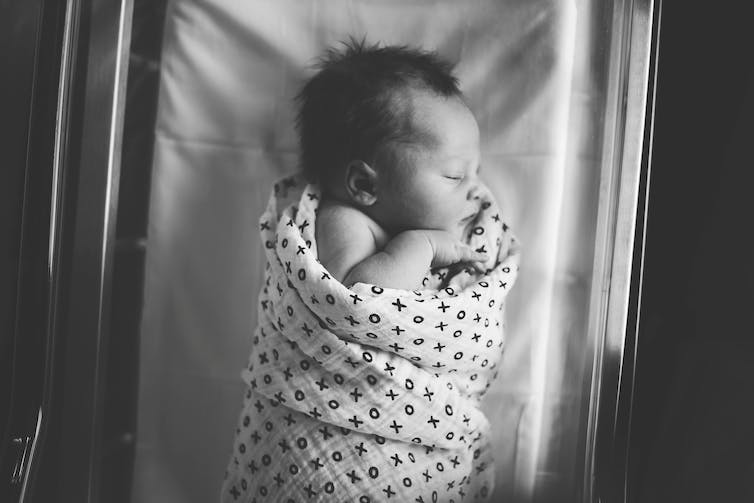 A good birth goes beyond having a healthy baby. Julie Johnson/Unsplash

There remains great controversy around when to induce labour, especially for overdue women.

Post-date inductions (for women who are overdue) aim to counter the increased risk of stillbirth. Doctors’ argue after a certain time the placenta can no longer provide adequate levels of nutrition to the baby, which increases the risk of stillbirth.

Induction for overdue pregnancies also aims to reduce the odds of having a large (macrosomic) baby, which could be difficult to deliver. But practitioners’ “guesstimates” of fetal weight, even using an ultrasound scan, are often inaccurate.

It’s always difficult to make decisions about medical care. And these are inevitably influenced by personal, cultural, social and organisational factors. But an added complexity in maternity care is the mother-baby dyad. Any decision made ultimately impacts not only the childbearing woman, but also her (unborn) baby.

Nevertheless, women must be central to decision-making. And no induction should occur until the potential benefits, risks and implications are clarified. The woman must also understand induction is a package of intervention, and thus make an informed decision.

Read more: Why we should be concerned with the rise and rise of early planned births

Not all women should be induced

But the results must be interpreted with caution.

First, it’s not best practice to routinely induce a low-risk woman solely to lower the risk of a caesarean.

Second, existing research shows less medicalised approaches to birth – such as receiving care by a known midwife in a continuity of care model throughout pregnancy and birth – are less likely to result in medical intervention, and more likely to result in women feeling more satisfied and in control of their birthing experience.

Third, induction often leads to women being more likely to request an epidural (surgical pain relief) due to the artificially induced, painful, sudden and intense contractions. In a labour that has not been induced, contractions build over a period of time, giving the woman’s body a chance for its natural pain relief process to begin.

Epidurals restrict the woman’s instinctive movement in labour because she is unable to move her legs. As a result, women aren’t able to get into an optimal birthing position or feel when a contraction occurs. This increases the risk of instrumental birth (using vacuum or forceps – which look like large salad tongs – to guide the baby out of the birth canal) and subsequent tears.

Read more: What we know about perineal tearing, and how to reduce it during childbirth

While intervention is sometimes required, we need to remember that a “good birth” goes beyond having a healthy baby. Women need to be able to lead decision-making during their birthing journey. They deserve to feel respected in their choices, to achieve not only the best possible physical, emotional and psychological outcomes.