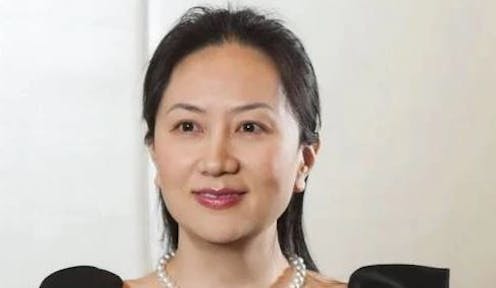 When US Vice President Mike Pence got to his feet at the conservative Hudson Institute in Washington on October 4, it was clear that US-China relations were entering a new, certainly fractious, possibly destructive phase.

In those remarks, Pence did not hold back. They bear repeating in light of the latest blow-up in an increasingly testy relationship, this time over the arrest in Canada of the daughter of one of China’s most prominent business figures.

The Chinese Communist Party has used an arsenal of policies inconsistent with free and fair trade, including tariffs, quotas, currency manipulation, forced technology transfer, intellectual theft and industrial subsidies that are handed out like candy to foreign investment. These policies have built Beijing’s manufacturing base, at the expense of its competitors – especially the United States of America.

Meng Wanzhou, a senior executive in telecommunications manufacturing giant Huawei and daughter of its founder, is alleged by the United States to have violated sanctions on selling technology to Iran.

Her extradition to the US to stand trial is being sought. This is an explosive issue, not least because – rightly or wrongly – it will be perceived in Beijing as a component of a trade war driven by a hostile US administration.

Read more: G20 summit bring a truce in US-China trade relations – but it's likely to be temporary

What will also be playing out in China is the issue of “face”. An inability by China’s leadership to bring about Meng’s release will involve “loss of face” in a country where nationalist sentiments remain potent, overlaid by a lingering sense of grievance over foreign interference.

China could not have drawn any conclusion from the Pence Hudson Institute speech other than that Washington viewed Chinese business practices as war by another means.

In Pence’s remarks, there was little concession to a grand bargain between the US and China sought by successive administrations. Rather, the US vice president delivered a warning to Beijing that his country was intent on a more confrontational approach to perceived Chinese mercantilism – and lawbreaking.

The gloves were off. Inevitably, Meng’s arrest will be viewed in Beijing through this prism, whether circumstances are material or not.

What is relevant in Huawei’s case is an effective veto on it building 5G networks in Anglosphere countries around the world.

Four members of the Five Eyes – the US, United Kingdom, Australia and New Zealand – have banned Huawei from participating in advanced 5G networks. Canada is reviewing its options.

This coordinated resistance by intelligence-sharing allies reflects misgivings about risks to communications networks in their countries from a company with murky links to the Chinese military.

While there is no explicit connection between Meng’s arrest and pushback against Huawei’s 5G business, China will inevitably link the two episodes as examples of Western efforts to stifle competition from a Chinese behemoth.

This would be an understandable reaction, but on the face of it these are separate issues.

What is the case is the Pence Hudson Institute speech signals a potential rupture in the nearly half century of relative amity – leaving aside outrage over the Tiananmen Square bloodletting of 1989 – dating from the Shanghai Communique of 1972.

This was signed by visiting President Richard Nixon and Chinese Premier Zhou Enlai. After years of contentiousness on Taiwan and other issues, the US and China agreed to work towards normalising relations.

What is different now is that, seemingly in the blink of an eye, China has grown its economy to the point where it is the world’s biggest on a purchasing power parity basis. It’s set to become the largest overall within the next ten years.

Companies like Huawei symbolise China’s extraordinary economic success and the threat this poses to established businesses in the West.

Back in 1972, no-one could have anticipated China would move as far and fast as it has – to the point where it is challenging the US and its allies on many fronts.

This returns us to the issue of Meng Wenzhou, whose arrest is threatening to derail trade negotiations advanced by Presidents Donald Trump and Xi Jinping at a dinner engagement at the recent Buenos Aires G20 summit.

China’s official response had been relatively measured in what appears to be an attempt to compartmentalise the Meng arrest issue and not allow it to bring important trade talks unstuck.

Trump and Xi agreed on a 90-day window ending on March 1 to enable the trade negotiations – aimed at forestalling increases of US tariffs on Chinese imports – to proceed. However, Meng’s arrest casts doubt on this process.

Read more: The risks of a new Cold War between the US and China are real: here's why

In the past 48 hours, China has stiffened its official rhetoric. This includes the summoning of the US ambassador in Beijing for a dressing down. Chinese displeasure was summed up in a Foreign Ministry statement:

The actions of the US seriously violated the lawful and legitimate rights of the Chinese citizen, and by their nature were extremely nasty. China will respond further depending on US actions.

What this portends is anybody’s guess, but once they have swung into action, US legal processes are relentless. In the meantime, Canada finds itself in a Chinese firing line as its own judiciary deals with a politically charged extradition process.

In the wider scheme of things, it is hard to envision a more unhelpful development at a critical moment in US-China relations. This is not a complication that is doing anyone any favours, least of all world markets, or the friends and trading partners of those at its centre.