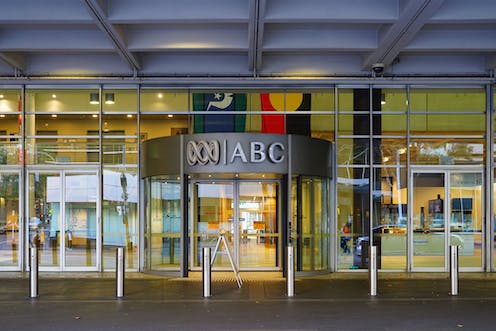 Two reports out this week – one into the operations of Facebook and Google, the other into the competitive neutrality of the ABC and SBS – present the federal government with significant policy and political challenges.

The first is by far the more important of the two.

It is the interim report by the Australian Competition and Consumer Commission of its Digital Platforms Inquiry, and in a set of 11 preliminary recommendations it proposes far-reaching changes to media regulation.

Of particular interest are its preliminary recommendations for sustaining journalism and news content.

The problem, the ACCC says, is that the way news stories are ranked and displayed on the platforms is opaque. All we know – or think we know – is that these decisions are made by algorithms.

Read more: Constant attacks on the ABC will come back to haunt the Coalition government

The ACCC says this lack of transparency causes concerns that the algorithms and other policies of the platform giants may be operating in a way that affects the production of news and journalistic content.

To respond to this concern, the preliminary recommendation is for a new regulatory authority to be established. It would have the power to peer into these algorithms and monitor, investigate and report on how content – including news content – is ranked and displayed.

The purpose would be to identify the effects of the algorithms and other policies on the production of news and journalistic content.

It would also allow the authority to assess the impact on the incentives for news and journalistic content creation, particularly where news organisations have invested a lot of time and money in producing original content.

In this way, the ACCC is clearly trying to protect and promote the production of public-interest journalism, which is expensive but vital to democratic life. It is how the powerful are held to account, how wrongdoing is uncovered, and how the public finds out what is going on inside forums such as the courts and local councils.

So far, the big news media organisations have concentrated on these aspects of the ACCC interim report and have expressed support for them.

However, there are two other aspects of the report on which their response has been muted.

The first of these is the preliminary recommendation that proposes a media regulatory framework that would cover all media content, including news content, on all systems of distribution – print, broadcast and online.

The ACCC recommends that the government commission a separate independent review to design such a framework. The framework would establish underlying principles of accountability, set boundaries around what should be regulated and how, set rules for classifying different types of content, and devise appropriate enforcement mechanisms.

Much of this work has already been attempted by earlier federal government inquiries – the Finkelstein inquiry and the Convergence Review – both of which produced reports for the Gillard Labor government in 2012.

Their proposals for an overarching regulatory regime for all types of media generated a hysterical backlash from the commercial media companies, who accused the authors of acting like Stalin, Mao, or the Kim clan in North Korea.

So if the government adopts this recommendation from the ACCC, the people doing the design work can expect some heavy flak from big commercial media.

The other aspect of the ACCC report that is likely to provoke a backlash from the media is a preliminary recommendation concerning personal privacy.

Here the ACCC proposes that the government adopt a 2014 recommendation of the Australian Law Reform Commission that people be given the right to sue for serious invasions of privacy.

The media have been on notice over privacy invasion for many years. As far back as 2001, the High Court developed a test of privacy in a case involving the ABC and an abattoir company called Lenah Game Meats.

Now, given the impact on privacy of Facebook and Google, the ACCC has come to the view that the time has arrived to revisit this issue.

The ACCC’s interim report is one of the most consequential documents affecting media policy in Australia for many decades.

The same cannot be said of the other media-related report published this week: that of the inquiry into the competitive neutrality of the public-sector broadcasters, the ABC and SBS.

This inquiry was established in May this year to make good on a promise made by Malcolm Turnbull to Pauline Hanson in 2017.

Read more: The politics behind the competitive neutrality inquiry into ABC and SBS

He needed One Nation’s support for the government’s changes to media ownership laws, without which they would not have passed the Senate.

Hanson was not promised any particular focus for the inquiry, so the government dressed it up in the dull raiment of competitive neutrality.

While it had the potential to do real mischief – in particular to the ABC – the report actually gives both public broadcasters a clean bill of health.

There are a couple of minor caveats concerning transparency about how they approach the issue of fair competition, but overall the inquiry finds that the ABC and SBS are operating properly within their charters. Therefore, by definition, they are acting in the public interest.

This has caused pursed lips at News Corp which, along with the rest of the commercial media, took this opportunity to have a free kick at the national broadcasters. But in the present political climate, the issue is likely to vanish without trace.

While the government still has an efficiency review of the ABC to release, it also confronts a political timetable and a set of the opinion polls calculated to discourage it from opening up another row over the ABC.