Most Australians know something about “folklore”. Every year crowds converge on Canberra for the National Folk Festival. But, folklore encompasses far more than song and dance. The term refers to a rich intangible heritage of games, yarns, legends, stories, crafts, jokes, tricks, taboos, poems, recipes, birthday customs and even graffiti.

It exists in the playground, in the kitchen, at the bar and even on the walls of the Australian War Memorial, stitched into the beautiful Changi quilts. Folklore is everywhere.

Australia has often undervalued its folklife. There was a time, however, when one government department took a special interest in the study and preservation of Australian folklore. In 1986, Barry Cohen, then Minister of Arts Heritage and Environment, commissioned a Committee of Inquiry into Folklife in Australia. 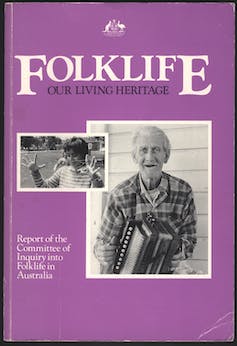 The resulting report Folklife: Our Living Heritage, was published in 1987. It concluded that despite the valiant efforts of individuals, local and community organisations, Australia was by “international standards […] poorly equipped” to ensure the protection of its folklore. Of the 51 recommendations, many depended on the success of the first: the establishment of an Australian Folklife Centre.

As part of this bold but much-needed initiative, the Centre would “provide national focus for action to record, safeguard and promote awareness of Australia’s heritage of folklife”. It was estimated that its establishment would cost $1.25 million (equivalent of $3.7 million today), with a further $1.5 million to support activities in its early years.

Several recommendations were concerned with folklife in schools, particularly important as the primary school playground is today a major location for children’s folkloric play. The committee decided not to report on traditional Aboriginal ceremony, lore and belief, but it did include Aboriginal craft and contemporary urban and rural folklife.

Read more: 'Bang, bang, bang!': the shock of a boy playing with a gun on a suburban street

The inquiry made it clear that the government was, and still is, responsible for the protection of the nation’s tangible and intangible heritage. This was apparently not the news that the government and its new environment and arts minister, Graham Richardson, wanted to hear: none of the recommendations of the folklife inquiry were ever implemented by the Government.

Still, Australian folklorists were not so easily deterred. Inspired by initiatives like the American Folklife Center and the Ontario Folklife Centre, Gwenda Davey, Jennifer Gall and Pamela Rosenberg went ahead and declared the establishment of an Australian Folklife Centre in Canberra in December 1990. 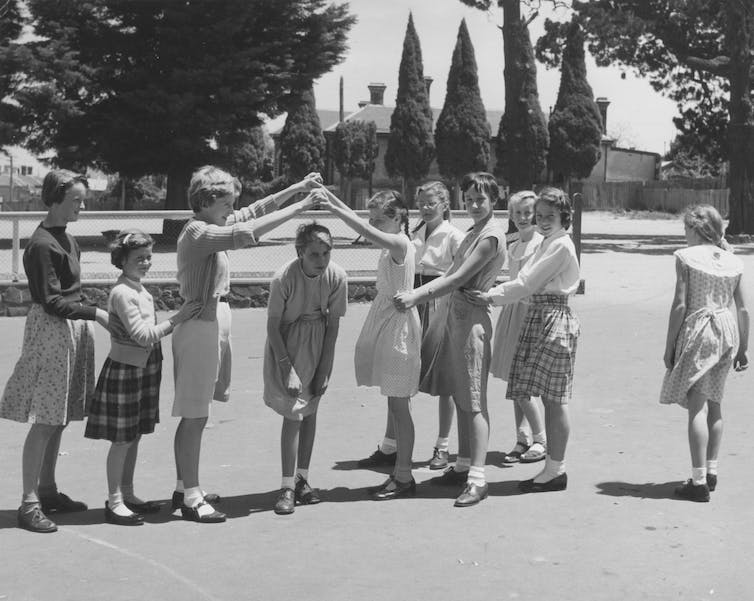 Australia’s major coordinating body for national folk arts, the Australian Folk Trust, courageously took up responsibility for the Centre. The National Library, National Museum and National Film and Sound Archive were all on side. The Centre also had international support, even from the Smithsonian Institution in Washington, which invited Australia to be the featured nation at the 1993 Festival of American Folklife. Only one country, Sweden, had declined the offer in 48 years. Much to the dismay of the folklore community, Australia was to be the second.

The Australian Folklife Centre should have been an early victory in Australia’s culture wars: a moment when the Federal Government made an important commitment to protecting the nation’s living culture. The Centre itself would have been an initiative not only of collection and preservation, but of research, advocacy, training and public policy. In the end, it could not continue its work without government funding and it wound up its affairs in 1994-5 after four years of hard work.

Timing appears to have been a major obstacle to gaining momentum. Established under the first Hawke government, but published under the second, the Folklife Inquiry suffered under changing government priorities after the 1987 federal election as well as a wave of post-Bicentenary fatigue. As the historian Frank Bongiorno has observed, Australia had just finished celebrating “the biggest party [it had] ever seen”.

Folklorists did their best to maintain pressure on governments, but they were met with little success. In 1992, Gwenda Davey, a major proponent of the Centre and later the director of the promising Victorian Folklife Association in Melbourne, considered it a “national disgrace” that “Australia is one of the very few nations in the world which has no Ministries of Culture and no national institutions [primarily] dedicated to its traditional cultures”.

While the Labor government of the day might be an easy target of blame for the Centre’s demise, the story is far more complex (notably, no Coalition government has rushed to the rescue either). 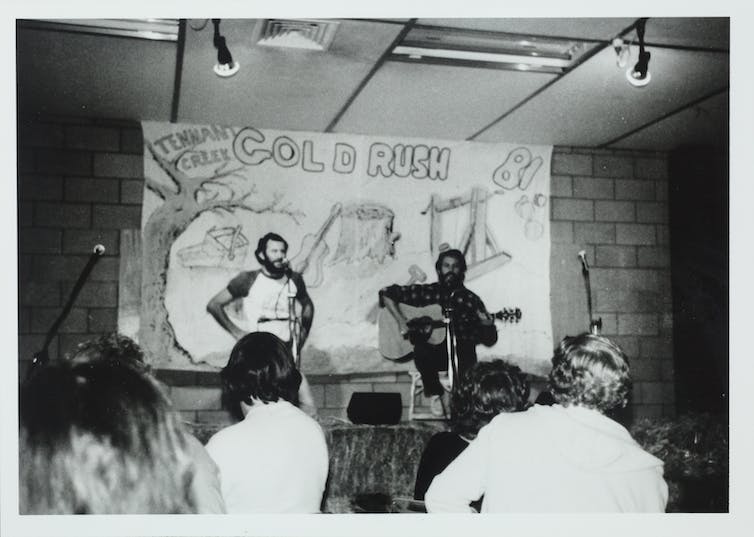 The Australia Council, the government’s arts funding and advisory body, was focusing its efforts on supporting professional and contemporary arts rather than traditional amateur arts. And while folklorists have always prided themselves on their local and regional influence, they struggled to mobilise with one voice. Internal disagreements, especially about the definition of folklore, did not help.

Folklorists also struggled to weigh in on the big issues of the nation. As Richard Kurin, then director for Centre of Folklife Programs and Cultural Studies at the Smithsonian Institution noted in 1992, folklorists “should be at the forefront of national and international debates on fundamental cultural issues”.

One can’t help but wonder what Australia’s cultural landscape would look like if the Australian Folklife Centre had been successful. Would bus-loads of school children, while making the annual pilgrimage to Canberra, visit to learn about the games, recipes, dances and rhymes of their ancestors? Might they even find the time to record their own lore for the next generation?