During the end-of-year holidays families often come together to exchange gifts and, sometimes, to confront long-held grudges. What better gift than a peace offering?

Conflict is rarely pleasant and arguments in families can be particularly upsetting. We all know that knot in the pit of the stomach, the flushed face and sweaty hands we experience when we feel we have been dealt with unjustly.

This is a primal stress response to when we feel personally or socially threatened. Our natural reaction is to fight or avoid the person. Revenge might feel instinctive, but that can lead to a cycle of unpleasantness that rolls on and on.

Trying to forget or rationalise a hurtful incident, usually to avoid further confrontation, seldom works. Even if the unpleasant feelings might start to fade, they generally linger in our subconscious and any reminder can reignite them. A constructive way of getting rid of them is to forgive.

But how do we do this and what helps us in the process? We’ve been asking these questions since we started doing research with the South African Truth and Reconciliation Commission (set up by the South African government to help deal with the trauma of apartheid) witnesses more than 20 years ago.

Victims who had indicated they had forgiven perpetrators were less angry and distressed than those who did not. We also found victims were more notably forgiving if they received an apology.

Read more: Do encounters with perpetrators help or hinder recovery after traumatic loss?

What actually is forgiveness?

Forgiveness does not mean forgetting or minimising the pain we feel; nor is it about excusing others. Forgiveness means making a conscious and deliberate decision to let go of our feelings of resentment or revenge, regardless of whether the person who has upset us deserves it.

Forgiveness is a process that takes time and patience. www.shutterstock.ocm, CC BY

Forgiveness is, in the first place, not about others. It is about stopping us from allowing resentment towards others to make life miserable for us.

People want to return to how they felt before the offending incident occurred. And they want to think of the event without bitterness and anger, a tightness in the chest, and endless rumination.

Forgiveness takes time. It sometimes helps to think of occasions when we have offended people in the past or to try to look genuinely at the situation through the offender’s eyes.

We must start by forgiving ourselves for any contribution we think we might have made to the incident. People often blame themselves partly for what may have happened.

Survivors of sexual abuse or harassment say the most difficult part of the forgiveness process is accepting they were not to blame and to stop being angry with themselves.

After forgiving yourself, it’s easier to then privately forgive other people involved. Research shows forgiveness helps us feel better and may help us live longer.

We can also tell or show someone we have forgiven them, such as by helping them out in some way without them asking.

One thing that often helps people to forgive is receiving an apology. While we may dread apologising, we usually think back positively about the times we’ve offered apologies.

A good apology ideally has three parts: an admission of responsibility, a demonstration of sorrow, and doing something to remedy the offence, or prevent a repetition of it. This could even just involve promising not to do it again.

When we asked people who had been offended by an intimate partner what convinced them their partner was truly sorry, they said actions spoke louder than words. One said it would help if their partner went out of their way to do something that would be an inconvenience for them. 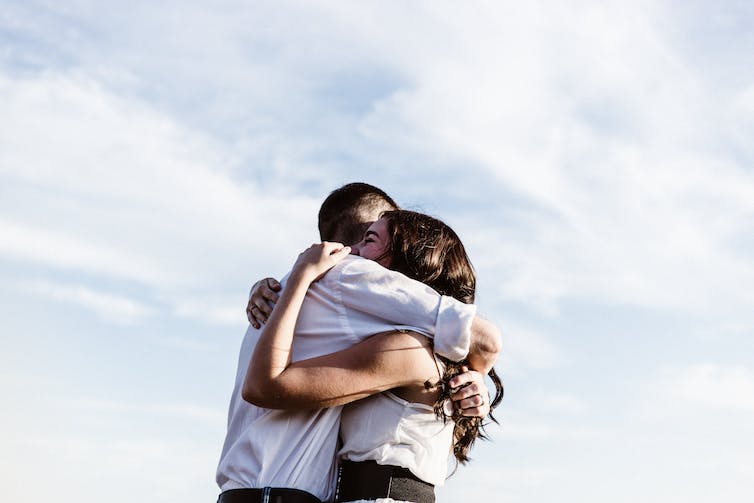 Read more: It’s not just sex: why people have affairs, and how to deal with them

A study that explored medical errors and the responses of those affected showed an apology was most effective where it focused on the needs of the patient. We might not always know how we can take away the anger, so it is usually good to ask the person we are apologising to what their needs are.

If the apology wasn’t good enough the first time, you can try again, but first listen carefully to what the person you are apologising to is saying, and address those concerns.

Misdirected apologies can make a situation worse, they can make people more angry and make it more difficult for them to forgive. So, don’t apologise unless it’s sincere.

Forgiving ourselves is always good. But forgiving others is only beneficial if the advantages exceed the potential costs. We should therefore not forgive others if that might expose us to further abuse or exploitation.

The stress response we experience to being hurt is protective because it motivates us to stop people from abusing or taking advantage of us. Anger is sometimes functional. 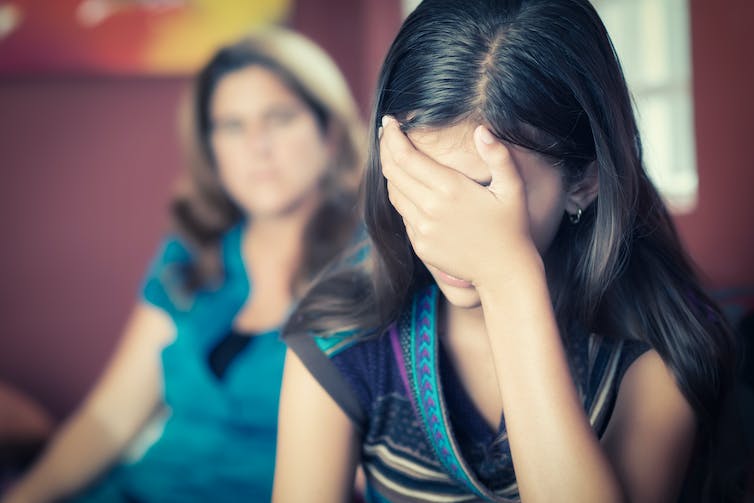 We should not feel guilty if we do not forgive because some behaviour is simply unforgivable. www.shutterstock.com, CC BY

We should also not feel guilty if we do not forgive because some behaviour is simply unforgiveable and carrying our anger might be less harmful than the potential harm of forgiving.

There are also times when everyone may feel they are the victim or some people may not realise they have hurt others even if they can sense someone is unhappy with them.

A good way forward is to ask people what the issue is and then listen to understand, rather than listening to be able to respond. When we listen without instinctively thinking of a way to defend ourselves, we may realise there has been a misunderstanding or we’ve behaved inappropriately.

And if you feel offended by something that’s said or done, you could avoid unpleasant feelings by telling the other person how you feel.

Read more: Eye for an eye? Why punishing the wrongdoer helps us forgive