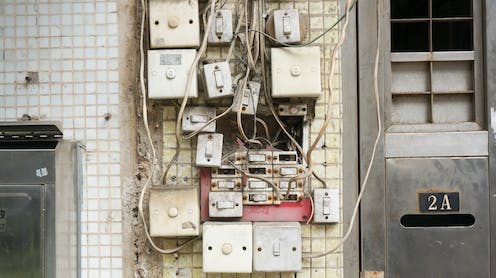 A new regulation has highlighted the thousands of offers electricity retailers make to new customers, mostly through commercial comparison sites. These sites typically do not include the best possible offers, funnelling consumers into higher-cost plans in exchange for fees from energy companies.

From January 1 companies selling electricity in New South Wales, South East Queensland and South Australia are required to publish all of the offers they make to new customers on the Australian Energy Regulator’s Energy Made Easy price comparison website. Retailers in Victoria are subject to Victorian regulations.

Read more: If you need a PhD to read your power bill, buying wisely is all but impossible

At the time of writing two of the three largest retailers, Energy Australia and Origin Energy, have complied. Before the change, Origin Energy and Energy Australia posted 547 publicly available market offers across the three markets. They now post 2,010 market offers in these markets, the difference explained by the offers they make available through commercial comparison sites.

Read more: The verdict is in: renewables reduce energy prices (yes, even in South Australia)

I analysed Origin Energy and Energy Australia’s offers to assess whether they are making better offers through the commercial comparison sites, than they make to customers directly. Using the retail market in Sydney as a case study, none of the offers that Energy Australia made available through commercial sites were cheaper than the offers it made to customers that signed up directly. In the case of Origin Energy, there were two offers on commercial sites that were better than the offers they made directly.

The same picture is seen in the rest of New South Wales, Queensland and South Australia.

But providing better deals to consumers may bite the hand that feeds: retailers can be expected to be willing to pay higher commissions for customers that pay higher prices. Commercial comparison sites therefore have an incentive to provide the appearance – but not necessarily the reality – of a competitive market.

It could be argued that this state of affairs requires no policy response. If the commercial comparison sites offer some convenience, consumers may wish to still use them; otherwise the sites will wither of their own accord. (One might suggest the operating margin of just 1.9% for iSelect’s energy comparison division - as disclosed in their latest Annual Report is a sign this is already occurring.)

The counter-argument is that the complexity and tedium of electricity bills is such that the commercial comparison sites will always have the upper hand in pulling the wool over their users’ eyes: users are unlikely to be able to work out how comprehensively they are being fleeced. Evidence to support this argument would be whether electricity customers are leaving meaningful amounts of money on the table.

On this, the picture is now pretty clear. Several studies and businesses have compared customers’ actual bills with all the offers in the market. The 2017 Thwaites review in Victoria found on average customers would be $294 per year (about 25%) better off if they were on the best deal in the market.

And in research currently under way using CHOICE’s data, we’re finding customers who switched retailers in the last 12 months typically only saved half as much as they would have, had they been able to find the best deal in the market. While it is unreasonable to expect everyone will find the best deal, the existence of such a large gap for the typical customer is an indictment of the market.

Motivated to some extent by perceived shortfalls in the commercial comparison sites, governments have long provided tax-payer funded comparison sites. The Victorian state government currently compensates customers who use theirs. Federally, the Australian Energy Regulator has been awarded additional funding to improve and expand the comparison site it provides.

Taxpayer funded comparison sites may be part of the solution, but customers so far have not been overly drawn to them. This may change in future.

Irrespective, the primary evidence of inadequate market coverage and typically higher prices provided by the commercial sites, and the circumstantial evidence that customers are in fact leaving lots of money on the table even when they engage in the market, suggests that cleaning up the commercial comparison business now merits serious attention.