Many of us have started the year determined to be more organised: no more drawers full of plastic containers with missing lids, or lone socks.

The decluttering craze is led by Japanese tidying aficionado Marie Kondo, author of a New York Times bestseller and Netflix show Tidying Up.

Charity groups such as St Vincent de Paul are reporting a 38% increase in donations, year on year, as we get rid of the clothes, books and household items that don’t “spark joy” or have a place in our future.

And there is good reason to get on board, whether it’s via the KonMarie method, or just having a good clear-out. Clutter can affect our anxiety levels, sleep, and ability to focus.

It can also make us less productive, triggering coping and avoidance strategies that make us more likely to snack on junk and watch TV shows (including ones about other people decluttering their lives).

My own research shows our physical environments significantly influence our cognition, emotions and subsequent behaviours, including our relationships with others.

Why clutter is bad for your brain

Bursting cupboards and piles of paper stacked around the house may seem harmless enough. But research shows disorganisation and clutter have a cumulative effect on our brains.

Our brains like order, and constant visual reminders of disorganisation drain our cognitive resources, reducing our ability to focus.

The visual distraction of clutter increases cognitive overload and can reduce our working memory. 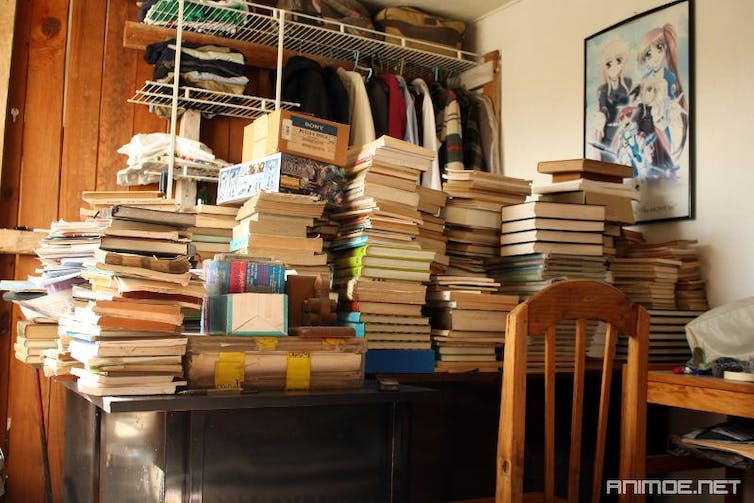 In 2011, neuroscience researchers using fMRI (functional magnetic resonance imaging) and other physiological measurements found clearing clutter from the home and work environment resulted in a better ability to focus and process information, as well as increased productivity.

And your physical and mental health

Clutter can make us feel stressed, anxious and depressed. Research from the United States in 2009, for instance, found the levels of the stress hormone cortisol were higher in mothers whose home environment was cluttered.

Read more: New year's resolutions: how to get your stress levels in check

A chronically cluttered home environment can lead to a constant low-grade fight or flight response, taxing our resources designed for survival. 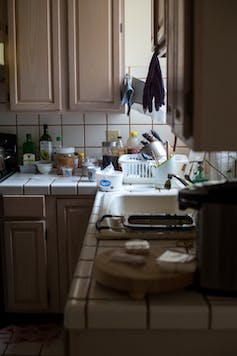 This response can trigger physical and psychological changes that affect how we fight bugs and digest food, as well as leaving us at greater risk of type 2 diabetes and heart disease.

Clutter might also have implications for our relationships with those around us. A 2016 US study, for instance, found background clutter resulted in participants being less able to correctly interpret the emotional expressions on the faces of characters in a movie.

And surprisingly, it doesn’t go away when we finally get to bed. People who sleep in cluttered rooms are more likely to have sleep problems, including difficulty falling asleep and being disturbed during the night.

Could clutter really make us fat?

Multiple studies have found a link between clutter and poor eating choices.

Other research has shown that being in a messy room will make you twice as likely to eat a chocolate bar than an apple. 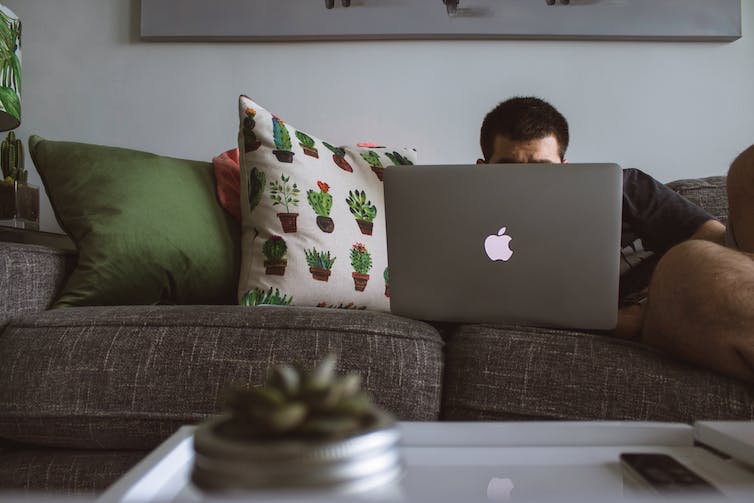 Sometimes we switch off and avoid looking at or thinking about the clutter and mess. Designologist

Finally, people with extremely cluttered homes are 77% more likely to be overweight.

Tidy homes have been found to be a predictor of physical health. Participants whose houses were cleaner were more active and had better physical health, according to another study.

Hoarding can cause physical pain

Buying more and more things we think we need, and then not getting rid of them, is an actual disorder in the American Psychiatric Association’s Diagnostic and Statistical Manual of Mental Disorders (DSM-V). According to DSM-V, those with hoarding disorder compulsively acquire possessions on an ongoing basis and experience anxiety and mental anguish when they are thrown away.

Read more: When possessions are poor substitutes for people: hoarding disorder and loneliness

A Yale study using fMRI showed that for people who have hoarding tendencies, discarding items can cause actual pain in regions of the brain associated with physical pain. Areas of the brain were activated that are also responsible for the pain you feel when slamming a finger in a door or burning your hand on the stove.

People who suspect they have hoarding disorder can take heart: cognitive behavioural therapy has been shown to be an effective treatment. 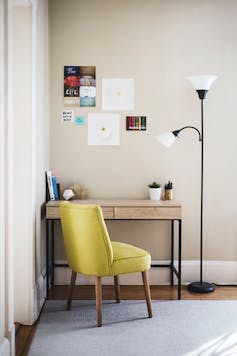 Participants in Marie Kondo’s Netflix show Tidying Up report that her decluttering method changes their lives for the better. Indeed, her first book was called The Life Changing Magic of Tidying Up.

Research does indeed show cluttered home environments negatively influence the perception of our homes, and ultimately our satisfaction of life. The study authors note the strong effect is because we define “home” not just as a place to live, but as:

the broader constellation of experiences, meanings, and situations that shape and are actively shaped by a person in the creation of his or her lifeworld.

But it seems clutter isn’t always bad. One study showed messy desks can make us more creative. The findings suggested neat, ordered environments make us more likely to conform to expectations and play it safe, while messy ones move us to break with the norm and look at things in a new way.