We’ve had it drummed into us over decades that early detection is key to treating diseases early, before they have a chance to turn into something really nasty.

But we’ve since learnt the flip-side of this is overdiagnosis, where people are diagnosed with diseases that won’t harm them. Overdiagnosis is often followed by overtreatment, where procedures or other therapies are offered that won’t benefit the patient and may cause harm.

The chance discovery of a small thyroid cancer in someone’s neck, for instance, is likely to result in a total thyroidectomy (removal) and lifelong thyroid hormone replacement. But this cancer is very unlikely to have caused harm had it been left alone. And studies have found dramatic increases in thyroid cancer worldwide, without changes in death rates.

Read more: Is it time to remove the cancer label from low-risk conditions?

Overdiagnosis may also begin with a new, more sensitive test. Such tests can expand the number of people who are classified as “diseased” and send them down a path of additional invasive tests such as biopsies, as well as surgery and medication.

But overdiagnosis is difficult to detect. It can take years for the data to be collected to prove there’s a problem with the new way of diagnosing a disease, based on the new test, compared to the old way.

To speed up the detection process, we have collated a list of five markers to indicate overdiagnosis may be occurring. The markers, published today in the journal Annals of Internal Medicine, can help researchers, health authorities, clinicians and even patients determine whether new tests are candidates for overdiangosis. Here they are as a set of questions:

A better way to detect heart disease? Not quite

When we applied these questions to a new blood test for acute heart disease – highly sensitive cardiac troponin (HS-cTn) – we found we answered yes to most of them.

This new test was evaluated in a large trial in Scotland. The trial found that among patients presenting to hospital with a possible heart attack, the new test (HS-cTn) led to more people being told they had suffered injury to their heart muscle. 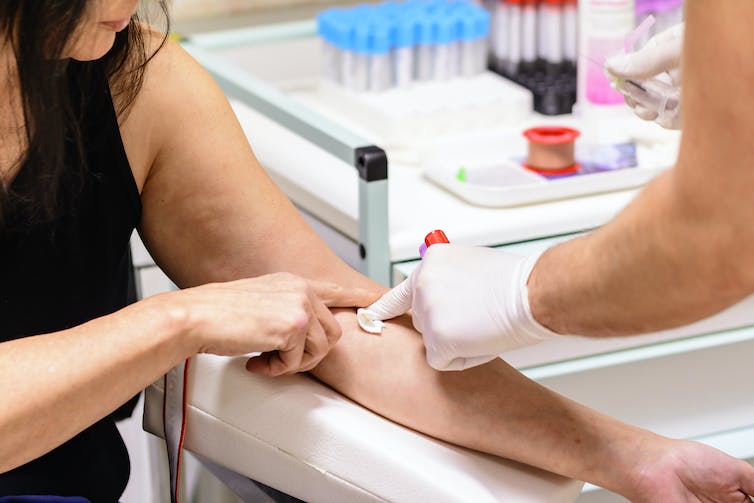 It also led to more people being given additional tests, such as coronary angiogram (a type of X-ray imaging), and prescribed anti-platelet (blood-thinning) and other drugs to prevent heart disease. The risks of coronary angiogram are rare but include heart attack, stroke, arrhythmia, infection and bleeding. A major side effect of anti-platelet medication is bleeding.

Surprisingly, the new test didn’t mean fewer people died of a heart attack over the following year as was expected, despite the additional people being treated. That possibility, or other more long-term benefits, weren’t ruled out by the trial though, so we were unable to answer the last question with confidence.

The new test, HS-cTn, was introduced into Australia in 2010 and is now widely used in Australia, Europe, and the United States. But we still don’t know whether using it improves patients’ lives.

We can’t say for sure whether overdiagnosis is occurring as a result of this new test, but there are enough red flags to identify that it could be a problem. We need to evaluate the new test further.

While we used the example of HS-cTn, the same reservations and uncertainties apply to the introduction of many new tests.

New tests aren’t generally subject to the same standards of proof of benefit as medications, before being allowed (and often promoted) on the market. It’s time to change the rules.

Read more: Five commonly over-diagnosed conditions and what we can do about them

Potential harms, as well as benefits, need to be considered before new tests are used in routine clinical practice. At a minimum, processes should be set up to collect and monitor the data needed to answer the five questions.

Regulators should only allow the provisional use of the test in the years immediately after it becomes available; for a limited time period, for instance, or in research contexts.

Further funding would be dependent on proof the test is overall beneficial rather than harmful for patients once both benefits and harms are established.

Without these safeguards, the introduction of new tests will continue to put patients at risk of harm from the very tests and treatments they expect will help them.