Genetics Professor Don Tillman is having flashbacks. He’s remembering the time he spent in the principal’s office as a kid in Shepparton, Victoria. The time he spent learning to ride his sister’s bike, much later than was socially acceptable. The time he spent “regarding the majority of the human race as another species”. 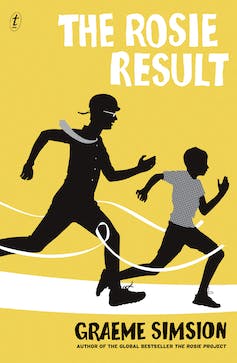 Only now, Don is reliving it all with his 11-year old son Hudson. They are on “similar trajectories” and Don is terrified that Hudson might end up socially isolated, clinically depressed and unable to find a partner until the age of 40, like his father.

Author Graeme Simsion admits autism is a word he “skirted around” in his international bestsellers, The Rosie Project and The Rosie Effect. The character of Don displayed traits commonly associated with Asperger’s, such as the ability to be highly focused and difficulty with social skills, but autism was not an explicit focus of the first two books. In the third and final instalment, The Rosie Result, Simsion tackles the topic head on.

The Rosie Result essentially takes up where the last book left off. Don and Rosie have relocated to Melbourne and are coming to grips with the fact that Hudson is struggling at school. Hudson, however, cannot see the problem, nor how learning how to play football will make school any more enjoyable.

Don and his partner Rosie suspect their son Hudson is autistic, but they are cautious about seeking a diagnosis. A devoted father, Don sets about being the “World’s Best Problem-Solver” and goes out of his way to help Hudson fit in, or “conform to neurotypical norms of behaviour”.

Don notices that Hudson is “resisting being classified as intrinsically deficient – even if only in a small number of domains”, and while he and Rosie respect this, they want to ensure that Hudson is not “ill-prepared”. As Don’s fashion designer friend Carl remarks: “In the end you’ve got to be yourself, but it helps to know how other people are going to see you”.

A lot has changed in autism circles since The Rosie Project was published in 2013, with a dramatic increase in awareness about the topic. This, of course, is largely thanks to cultural representations of autism such as Mark Haddon’s The Curious Incident of the Dog in the Night-Time, and characters like Don Tillman. 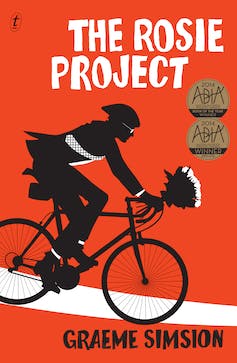 The Rosie Project (2013) is the first book in the ‘Rosie’ series by Graeme Simsion. Text Publishing

Along with a shift in social perceptions since readers first met Tillman, there have been changes to diagnostic criteria. Asperger’s, for example, no longer has its own diagnostic category, but falls under the umbrella of autism. Another development is the move toward the idea of “neurodiversity”, or the view that neurological differences have always existed and are part of human evolution.

Simsion takes all of this on board in The Rosie Result, while still maintaining the comedic flavour of the first two books. It is an ambitious task: writing a light and engaging novel while incorporating a serious topic in an inclusive manner. But Simsion pulls it off, maintaining a strong sense of characterisation and narrative, all the while encouraging readers to question their own values.

Not afraid to get political, Simsion raises topics such as the inflexibility of the school system, misunderstandings and stereotypes, bullying, medication, vaccination, and the pros and cons of having a label.

Throughout the book, Simsion uses a technique of italicising phrases to debunk common misconceptions. For example: “Hudson laughed briefly. Autistic people often do not get jokes”.

At first I found this a little clunky and questioned whether it was necessary, but it might be helpful for those less familiar with autism. It also demonstrates that the checklist Don is running through in his head is not a clear-cut or definitive way of defining autism.

I was pleased to see “empathy” deconstructed in the book, as the word is often misconstrued when it comes to autism. Don remarks:

I had observed that neurotypicals criticised autistic people for lacking empathy — towards them — but seldom made any effort to improve their own empathy toward autistic people.

Simsion covers a lot of terrain in this new instalment, including the importance of community and the gender divide in parenting. Rosie’s load as a working mother is front and centre, as she juggles family life and a demanding research job with a sexist boss. While some plot developments are a tad far-fetched, such as Don getting into a fight with another father who is a professional kickboxer, the reader is rewarded for suspending their imagination, for this is fiction after all.

As in the first two books, Don’s first-person written voice can at times be irritatingly wooden. But it does allow the reader to see the world from his literal and logical perspective, and learn, in the words of character Eugenie, that a “lack of coolness can be pretty cool”.

Simsion effectively draws on character dialogue (The Rosie Project began as a screenplay) and metaphor throughout. For example, when Don is lecturing a class on race, which later becomes very controversial, he could easily be alluding to the complexity of autism, stating “we’re not dealing with categories but a spectrum – in fact multiple spectra”.

Does the book address everything there is to say about autism? No, of course not. But it certainly unpacks a few myths and demonstrates that humans are complex beings. As Don’s friend Dave reminds us: “There’s no solution to that sort of thing. I mean, people stuff. Anyway, you solve one thing, another comes along.”

The key, it seems, is keeping the conversation going.