Representatives for the channel immediately apologised for their misstep and withdrew the graphic. (Ginsburg is very much alive at 85, though unwell). Still, there was an irony to the gaffe given Ginsburg’s progressive judgements as a trailblazing US Supreme Court justice have challenged the conservative thinking Fox News promotes.

It is therefore a shame that Leder’s film cedes to a similar sort of false reporting in its softened portrayal of the feminist icon.

On the Basis of Sex focuses on an early segment of Ginsburg’s life, as she begins Harvard Law School as one of nine women in her class, and goes on to fight a sex discrimination case in court.

Read more: Ruth Bader Ginsburg helped shape the modern era of women's rights – before she went on the Supreme Court

The film’s screenplay is the debut attempt by Daniel Stiepleman, Ginsburg’s nephew. He was taken with this little-known case because it was the sole instance of his aunt (played by Felicity Jones) working professionally alongside her beloved husband, Martin “Marty” Ginsburg (Armie Hammer).

The couple’s professional interests intersected on the case. The plaintiff was a never-married man seeking a tax deduction for expenses required to care for his elderly mother, an endeavour prohibited by law on the basis of sex.

As the film tells it, Marty, a tax attorney, pitched the case to Ruth (or Kiki, a name used endearingly by Marty, by others in condescension) for its inverse demonstration of sex-based discrimination within the legal system. I won’t spoil the outcome for you, but suffice to say Ginsburg has built her reputation overturning these kinds of laws.

The central legal case works effectively from a narrative standpoint, harnessing a number of threads explicative of Ginsburg’s life. She experiences prejudice from the defence counsel (comprised, in part, of her past Harvard Law professors), the judges on the Court of Appeal, and even Mel Wulf of the American Civil Liberties Union (Justin Theroux, with an inexplicable spray tan), who agrees to assist her on the case to give it legitimacy. 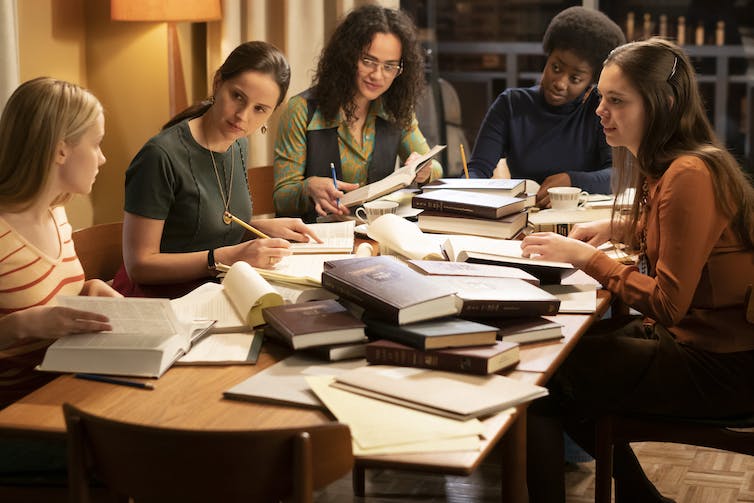 On The Basis of Sex focuses on an early period in the life of US Supreme Court justice Ruth Bader Ginsburg. Entertainment One

The case also allows Ginsburg to delineate her stance on social politics, including her seminal contention that gender discrimination should be treated as seriously as racial discrimination. To the film’s credit, it works concertedly to recognise the implications of this point for intersectionality, too.

The case comes at a time when the women’s liberation movement was taking shape (Gloria Steinem is mentioned more than once), capturing Ginsburg’s teenage daughter, Jane (Cailee Spaeny), in its momentum. At its core, the case demonstrates Ginsburg’s admirable relationship with Marty, their unwavering support for one another in all things personal and professional. That this case is so all encompassing is perhaps the film’s fundamental problem. 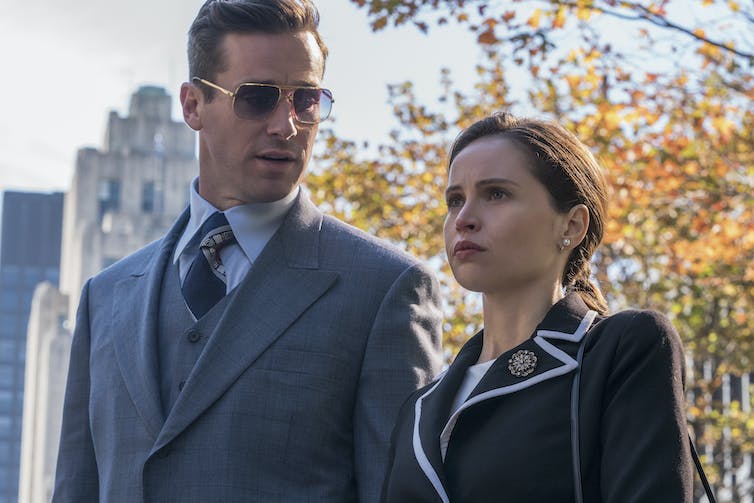 Armie Hammer and Felicity Jones in On the Basis of Sex. Entertainment One

In a recent New Yorker interview, Stiepleman reflected on his aunt’s penchant for silences:

… you talk to her and there’s always a long silence. It took me a while to figure out that that was how she communicated.

On the Basis of Sex could learn something from Ginsburg’s expressive practice, for broad strokes and exposition are its modus operandi. Stiepleman’s script is almost didactic in how it illustrates Ginsburg’s trials (we are constantly reminded that the case is “unwinnable”), resisting the kind of subtlety typical of systemic social discrimination.

Leder’s method of storytelling is similarly heavy-handed, often resorting to cinematic clichés that produce exchanges that seem inauthentic. It is disappointing, for instance, to see Ginsburg’s relationship with Jane reduced to a series of arguments so typical of onscreen mothers and daughters.

Ginsburg’s relationship with Marty feels similarly synthetic at times. I couldn’t help but wonder what the real Ginsburg would make of the stuffy sex scene that occurs between Jones and Hammer some ten minutes in. 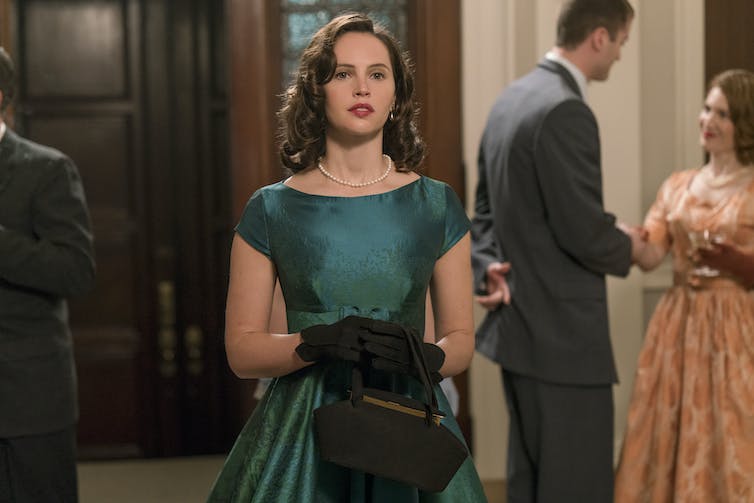 On The Basis of Sex resorts to heavy-handed storytelling. Entertainment One

In the rigorous documentary about Ginsburg released late last year, RBG, those close to the Justice repeatedly comment on her staunchness. Echoing Stiepleman’s characterisation of his aunt, Ginsburg’s college friends and colleagues recall her distaste for small talk, and Jane remembers her mother’s “exigent” approach to parenting children.

These accounts were present in my mind as I watched On the Basis of Sex, for Ginsburg’s depiction here seems comparatively flat. Stiepleman was reticent to turn his aunt “into a superhero”, but Jones portrays Ginsburg with a doe-eyed earnestness that runs counter to her well-observed stoicism and strategic implementation of silence. It is as if Jones’s Ginsberg needs permission to action her opinions.

In sum, it seems that Ginsburg has been stifled by yet another patriarchal construct: the cinema. Perhaps the filmmakers feared that the “Notorious RBG” would be too much for cinemagoers, and so made her less assured, more triumphant.

Indeed, the film’s penultimate scene before the Court of Appeal reminded me less of archival Ginsburg footage than the denouement of Legally Blonde. Ginsburg deserves a biopic that reflects her poised approach to resisting a kind of prejudice that was so toxic and ingrained, people needed to be reminded that it was there.

On the Basis of Sex opens in Australian cinemas on February 7.