Ever since Charles Darwin’s voyage to the Galapagos, biologists have been trying to figure out what determines the number of species that exist at any point in time. Our research, published today, provides an answer to this question, at least when it comes to penguins.

The discovery of two new penguins from the Chatham Islands, east of New Zealand, has revealed that the emergence of islands played a key role in penguin evolution. 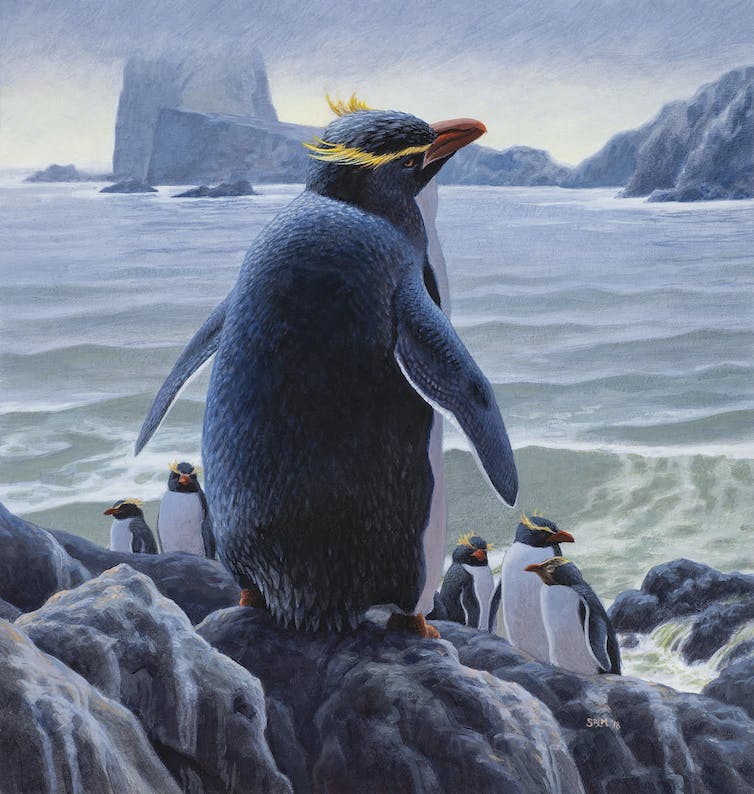 Artist’s reconstruction of the extinct penguin, Eudyptes warhami, which was endemic to the Chatham Islands east of New Zealand. Sean Murtha, CC BY-ND

There are currently 20 different penguin species, spread around the southern hemisphere. By analysing bones from the Chatham Islands, we discovered a new species of large crested penguin (Eudyptes warhami) and a new subspecies of the yellow-eyed penguin (Megadyptes antipodes richdalei). But these unique penguins were driven to extinction by humans just a few centuries ago.

We used genetic information from all living and extinct penguins and showed that in many cases the timing of island emergence closely matches the age of the penguin species that breed there. As islands have formed, so have new penguin species.

Penguin species range from the large 45kg emperor penguin to the tiny 1.5kg little penguin. The group also has a rich fossil record, including the extinct Waitaha penguin that once lived around New Zealand’s mainland.

Penguins are known to be astounding long-distance swimmers, often crossing entire oceans to turn up hundreds or thousands of kilometres from home. While they spend much of their lives at sea, penguins remain tied to the land for breeding. One third of all living penguin species are endemic to geologically young islands. 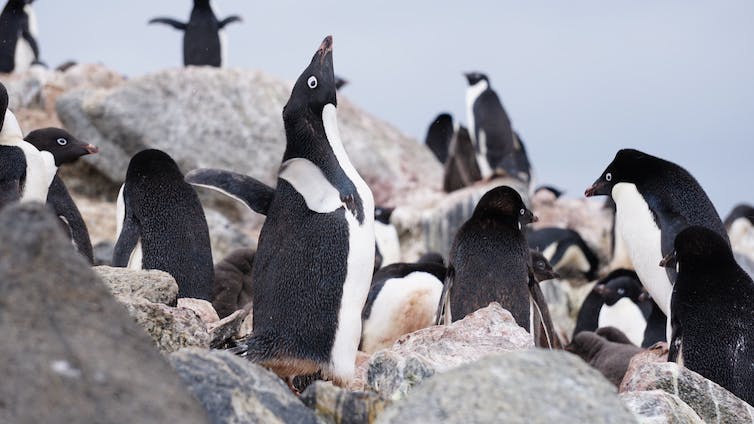 We used genetic information from penguin fossils, as well as modern penguins, to reveal the timescale for the evolution of this iconic bird group. We found a consistent pattern, with many recent penguins evolving soon after the formation of the islands they inhabit.

By putting together these pieces of the jigsaw, we showed that island formation itself has played a key role in the evolution of penguin diversity. Young penguin species are typically associated with young islands, with examples including Macquarie Island, the Galapagos, Antipodes, and the Chathams. It seems that new penguin populations on recently emerged islands eventually became isolated, leading to the formation of new penguin species.

The latter was particularly surprising, as the bones of this penguin were much smaller than those of their close relatives. These penguins appear to have evolved soon after the emergence of the Chatham Islands archipelago in the last few million years, and were key to unravelling the link between island formation and penguin evolution. 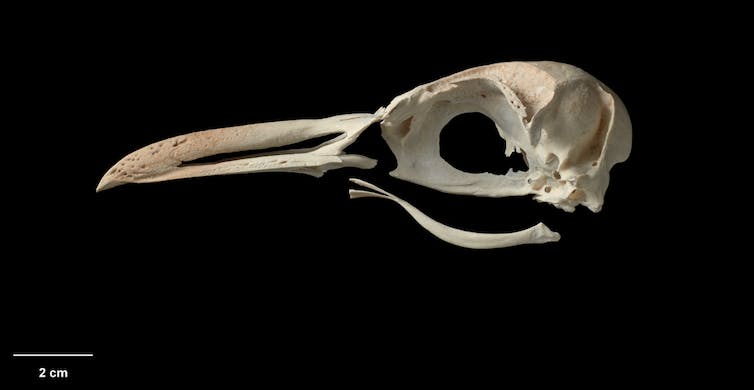 The presence of their bones in middens and a lack of reliable historical sightings suggest that Chathams crested and yellow-eyed penguin populations became extinct shortly after human settlement on the Chatham Islands a few centuries ago. These findings therefore potentially represent important new examples of human-driven extinction of island birds in the Pacific.

The extinct Chatham penguins provide a timely reminder that – even today – species may become extinct before they are known to science.

Our research also highlights the special vulnerability of isolated island species to human-driven extinction. Island species have often evolved in the absence of predators, making them poorly equipped to withstand the arrival of humans and other mammalian predators. Eliminating introduced predators represents a key step towards securing the future of surviving island species.