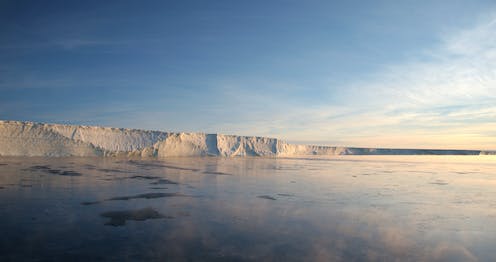 A new climate model combines data on ice loss from both polar regions for the first time.Mark Brandon, CC BY-ND

Last week, rivers froze over in Chicago when it got colder than at the North Pole. At the same time, temperatures hit 47℃ in Adelaide during the peak of a heatwave.

Such extreme and unpredictable weather is likely to get worse as ice...

Last week, rivers froze over in Chicago when it got colder than at the North Pole. At the same time, temperatures hit 47℃ in Adelaide during the peak of a heatwave.

Such extreme and unpredictable weather is likely to get worse as ice sheets at both poles continue to melt.

Our research, published today, shows that the combined melting of the Greenland and Antarctic ice sheets is likely to affect the entire global climate system, triggering more variable weather and further melting. Our model predictions suggest that we will see more of the recent extreme weather, both hot and cold, with disruptive effects for agriculture, infrastructure, and human life itself.

Read more: We finally have the rulebook for the Paris Agreement, but global climate action is still inadequate

Even though the goal of the Paris Agreement is to keep warming below 2℃ (compared to pre-industrial levels), current government pledges commit us to surface warming of 3-4℃ by 2100. This would cause more melting in the polar regions.

Already, the loss of ice from ice sheets in Antarctica and Greenland, as well as mountain glaciers, is accelerating as a consequence of continued warming of the air and the ocean. With the predicted level of warming, a significant amount of meltwater from polar ice would enter the earth’s oceans. 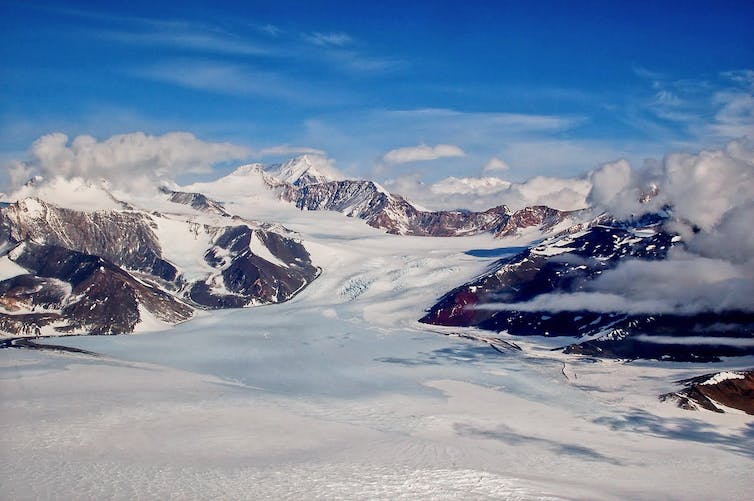 The West Antarctic Ice Sheet is considered more vulnerable to melting, but East Antarctica , once thought to be inert, is now showing increasing signs of change. Nick Golledge, CC BY-ND

We have used satellite measurements of recent changes in ice mass and have combined data from both polar regions for the first time. We found that, within a few decades, increased Antarctic melting would form a lens of freshwater on the ocean surface, allowing rising warmer water to spread out and potentially trigger further melting from below.

In the North Atlantic, the influx of meltwater would lead to a significant weakening of deep ocean circulation and affect coastal currents such as the Gulf Stream, which carries warm water from the tropics into the North Atlantic. This would lead to warmer air temperatures in Central America, Eastern Canada and the high Arctic, but colder conditions over northwestern Europe on the other side of the Atlantic.

Recent research suggests that tipping points in parts of the West Antarctic Ice Sheet may have already been passed. This is because most of the ice sheet that covers West Antarctica rests on bedrock far below sea level - in some areas up to 2 kilometres below.

Read more: How Antarctic ice melt can be a tipping point for the whole planet's climate

Bringing both poles into one model

It can be a challenge to simulate the whole climate system because computer models of climate are usually global, but models of ice sheets are typically restricted to just Antarctica or just Greenland. For this reason, the most recent Intergovernmental Panel of Climate Change (IPCC) assessment used climate models that excluded ice sheet interactions.

Global government policy has been guided by this assessment since 2013, but our new results show that the inclusion of ice sheet meltwater can significantly affect climate projections. This means we need to update the guidance we provide to policy makers. And because Greenland and Antarctica affect different aspects of the climate system, we need new modelling approaches that look at both ice sheets together. 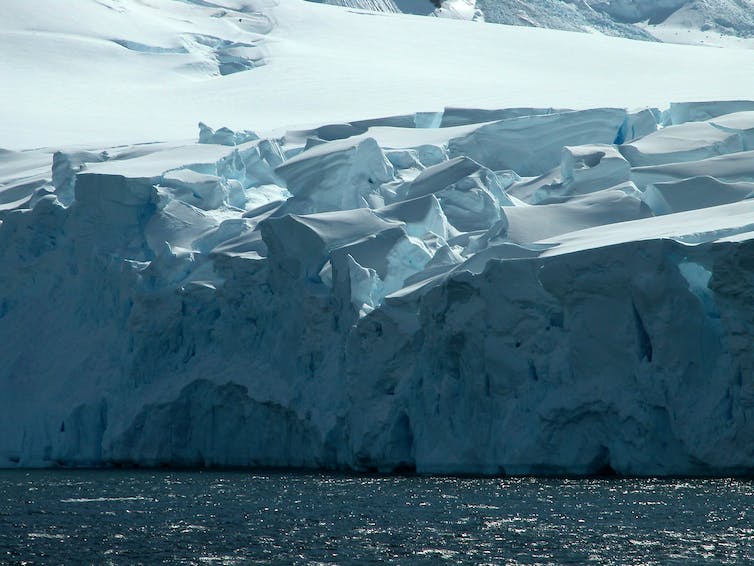 When the edges of the West Antarctic Ice Sheet start to recede, they retreat into deeper and deeper water and the ice begins to float more easily. Mark Brandon, CC BY-ND

Apart from the impact of meltwater on ocean circulation, we have also calculated how ongoing melting of both polar ice caps will contribute to sea level. Melting ice sheets are already raising sea level, and the process has been accelerating in recent years.

Our research is in agreement with another study published today, in terms of the amount that Antarctica might contribute to sea level over the present century. This is good news for two reasons.

First, our predictions are lower than one US modelling group predicted in 2016. Instead of nearly a metre of sea level rise from Antarctica by 2100, we predict only 14-15cm.

Second, the agreement between the two studies and also with previous projections from the IPCC and other modelling groups suggests there is a growing consensus, which provides greater certainty for planners. But the regional pattern of sea level rise is uneven, and islands in the southwest Pacific will most likely experience nearly 1.5 times the amount of sea level rise that will affect New Zealand.

While some countries, including New Zealand, are making progress on developing laws and policies for a transition towards a low-carbon future, globally policy is lagging far behind the science.

The predictions we make in our studies underline the increasingly urgent need to reduce greenhouse gas emissions. It might be hard to see how our own individual actions can save polar ice caps from significant melting. But by making individual choices that are environmentally sustainable, we can persuade politicians and companies of the desire for urgent action to protect the world for future generations.