Millions of Australians use, or have used, illicit substances at some point in their life, while millions more are regular users of legal drugs such as alcohol, tobacco or sleeping pills.

While some people become heavy users of alcohol or other drugs as a way of coping with past trauma or mental illness, this is not the story for millions of others. Young (and older) people use drugs and alcohol for fun, enjoyment and socialisation.

NSW Greens MP Cate Faehrmann summed it up well when she explained why she had used MDMA (ecstacy) in her 20s (and since):

We knew there were risks but we were prepared to take them because having a good time was our priority … The ‘Just Say No’ message was around then too. We ignored it. Some things never change.

“Fun” or “having a good time” as a reason for drug use is often dismissed as trivial or inconsequential. Why would people risk their health or life for simple fun?

Let’s look at the evidence for why people use three different types of drugs: party drugs, such as MDMA (ecstasy), cocaine or crystal methamphetamine (ice/crystal meth); marijuana; and alcohol.

In studies exploring motivation for party drug use, fun and pleasure are central. Users describe party drugs as giving them energy to dance and socialise, reducing inhibition and enhancing feelings of connection to others.

In these studies, party drug users’ descriptions of fun often relate to the quality of social relationships – drugs are fun because they allow for intense and disinhibited experiences with friends and lovers.

Read more: What do young people gain from drug use?

Some studies have suggested that party drug use can lead to social benefits that carry through into other areas of life, including building friendship networks and social connections through which people derive support.

Fun, in this sense, is not just about hedonism, but about the experience of belonging and developing social bonds.

Marijuana is the most commonly used illicit drug in Australia, with 35% of the nation trying it at least once. 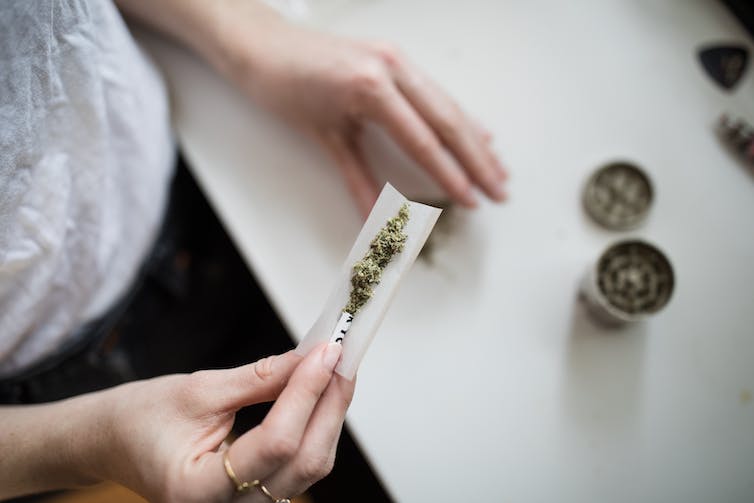 One in three Australians have used marijuana. Thought Catalog

There are many studies examining reasons why people use marijuana. For some, it is about coping and managing stress or difficult emotions. However, most people tend to use marijuana for fun, enjoyment, or relaxation in a social setting.

For young people, marijuana use can also symbolise independence and a sense of freedom – a change in their social status.

Understanding what motivates people to drink alcohol is a complex task, given that unlike illicit drugs, alcohol is integrated into mainstream rituals and routines of modern life. We drink together to mark success, to celebrate marriages, to commiserate loss. Bars, pubs and restaurants are the focal points of most adults’ social lives.

The physical effects of alcohol – relaxation and disinhibition – are part of the pleasure associated with alcohol. But this can be hard to disentangle from the pleasure of participation in social rituals.

Here’s what happens when we take the first, second and fifth drink.

As with other drugs, studies which ask people why they drink cite social reasons – fun, enjoyment and disinhibition – as common motivations for drinking.

Why is this relevant?

Emphasising the social nature of drug use should not detract from the recognition that drug and alcohol use can devastate the lives of some individuals.

There is also a valid argument that the legitimised social status of alcohol allows us to ignore its health risks.

However, understanding the social nature of drug use reveals why fun-seeking is so compelling. When people describe fun, they are often talking about an experience of social connection and belonging. Fun is not insignificant in human lives.

Understanding this might help to make sense of why “just say no” messages are so often ignored.