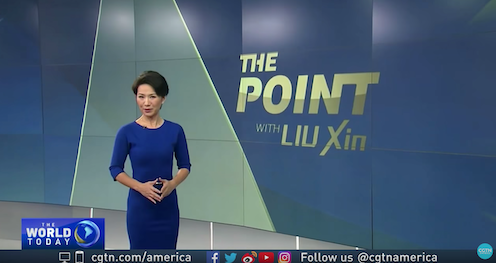 This week, Department of Communications and Arts secretary Mike Mrdak told a Senate hearing our Pacific neighbours will soon experience “the full suite of programs available on Australian networks”. This means the region will see some of our most highly rated reality shows such as Married at First Sight and The Bachelor.

This is all part of the government’s Pacific pivot and the A$17 million package to broadcast commercial television throughout the region announced by the prime minister last year. It’s also part of Australia’s “soft power” strategy, a branding that enables it to influence other countries and have its voice heard.

Australia’s soft power attraction in the Asia Pacific has been in free fall for the past few years. The government is sitting on two major reviews. First is the Soft Power Review – a strong recommendation of the 2017 Foreign Policy White Paper – for which the consultation period ended in October 2018. Second is the Review of Australian Broadcasting in the Asia-Pacific, the consultation period for which ended in August 2018.

The second review was established in 2017. This was the first time the government addressed the issue of soft power in the Pacific since axing the ABC’s Australia Network in 2014. The Australia Network broadcast to the region with redistribution partnerships to 30 countries.

The ABC charter states it has responsibility “to transmit to countries outside Australia broadcasting programs of news, current affairs, entertainment and cultural enrichment” that will “encourage awareness of Australia and an international understanding of Australian attitudes on world affairs”.

In other words, the ABC is already enabled as Australia’s soft power tool. Despite this, the government is giving money to commercial televisions to do the work. At the Senate hearing this week, Mrdak denied this was in breach of the ABC charter because it did not involve broadcasting but purchasing content made by Australia’s commercial broadcasters for distribution to regional broadcasters.

The government must move quickly with its reviews and their recommendations, and articulate its policy responses before the next election, if Australia’s standing in the region is to be restored. Because other powers, especially China, are fast filling the gap we’re leaving behind.

The importance of soft power

Soft power is a term coined by Harvard Professor Joseph S. Nye in the late 1980s. He referred to soft power as the ability of a country to gain influence and power through attraction and without coercion. Soft power leads to nation branding or the reputation a nation enjoys in the world.

This is what business academic Yin Fang defines as:

… the total sum of all perceptions of a nation in the minds of international stakeholders, which may contain some of the following elements: people, place, culture/language, history, food, fashion, famous faces (celebrities), global brands and so on.

The 2018 Soft Power 30 Report showed Australia had fallen four places in four years. The report is a measure of the influence of international nations. We are 10th in the overall soft power index but are marked as moving downward: 7th in culture, 6th in education, 9th in government and completely absent from the top ten in the areas of digital, enterprise and engagement.

Read more: Soft power and the institutionalisation of influence

In the alternative, and hipper, Monocle Soft Power Index, Australia sits at number 8. But the report also warns it “… is in need of a shakeup if it is to remain an attractive proposition”.

It praises the country for committing to an official review of its soft power but adds “it’s unclear if that will now be a priority”.

In addressing a seminar on the future of Australia’s broadcasting and soft power in the region, veteran broadcaster and former head of the Australia Network Bruce Dover said:

He then added that the axing of the Australia Network by the Coalition government “… was for more political reasons about whacking the ABC than a considered view on the worth of soft diplomacy or having a voice in the region”.

The ABC isn’t entirely free from blame. It abandoned the most needy of its audience in Asia and the Pacific by switching off its shortwave radio service in 2017. Citing outdated technology, the ABC was trying to make the most of its severe funding cutbacks by prioritising digital services. And that’s when China moved in and took over the shortwave frequencies.

The government’s Pacific pivot is about waking up and finding China has expanded into the region, and not just in infrastructure projects but in broadcasting. A recent ABC investigation reported China’s Central Global Television Network (CGTN) is broadcasting to 1.2 billion people in Chinese, English, French, Spanish, Russian and Arabic and is expanding to create 200 international bureaus by 2020.

This may be, as the ABC suggests, “informational warfare”, where the soldiers may actually be Westerners working for the other side. This year alone, more than 2,200 people lost their jobs in the Australian media.

Edwin Maher was one of the first Australians to work for CCTV, as CGTN was then called. He was a weatherman when I worked in the ABC’s Melbourne newsroom in the late ’80s, but for over a decade he has been a presenter on China’s television. There will be more like him in future.

China is actively recruiting Westerners to front its programs. Australian faces will likely present news on on CGTN, while Australian voices broadcast in English to Pacific Islanders on shortwave.

In the competitive world of nation-branding and soft power, who will know the difference? The new Edwin Mahers will be telling the same stories as Australia, but with a China focus. In 2016 President Xi Jinping announced that the media must serve the party and directed them to tell China’s stories that reflect well on the ruling party and its policies.

This is the reality of informational warfare. The Morrison government must release its two crucial soft power reports and announce a policy framework that will determine our standing, influence and power in the region.

Vanuatu’s Daily Post has welcomed the news Australia will provide entertaining programs to the Pacific. But the opinion piece also says:

Australia’s soft power is too important to be determined by vengeful payback to the ABC, or by currying favour with commercial television barons. It is about statecraft.