Western Australian health authorities recently issued warnings about Murray Valley encephalitis, a serious disease that can spread by the bite of an infected mosquito and cause inflammation of the brain.

Thankfully, no human cases have been reported this wet season. The virus that causes the disease was detected in chickens in the Kimberley region....

Western Australian health authorities recently issued warnings about Murray Valley encephalitis, a serious disease that can spread by the bite of an infected mosquito and cause inflammation of the brain.

Thankfully, no human cases have been reported this wet season. The virus that causes the disease was detected in chickens in the Kimberley region. These “sentinel chickens” act as an early warning system for potential disease outbreaks.

What is Murray Valley encephalitis virus?

The virus is a member of the Flavivirus family and is closely related to Japanese encephalitis virus, a major cause of encephalitis in Asia.

Murray Valley encephalitis virus is found in northern Australia circulating between mosquitoes, especially Culex annulirostris, and water birds. Occasionally the virus spreads to southern regions, as mosquitoes come into contact with infected birds that have migrated from northern regions.

Read more: After the floods come the mosquitoes – but the disease risk is more difficult to predict

How serious is the illness?

After being transmitted by an infected mosquito, the virus incubates for around two weeks.

Around 40% of people who develop symptoms won’t fully recover and about 25% die. Generally, one or two human cases are reported in Australia per year.

Since the 1950s, there have been sporadic outbreaks of Murray Valley encephalitis, most notably in 1974 and 2011. The 1974 outbreak was Australia-wide, resulting in 58 cases and 12 deaths.

It’s likely the virus has been causing disease since at least the early 1900s when epidemics of encephalitis were attributed to a mysterious illness called Australian X disease. 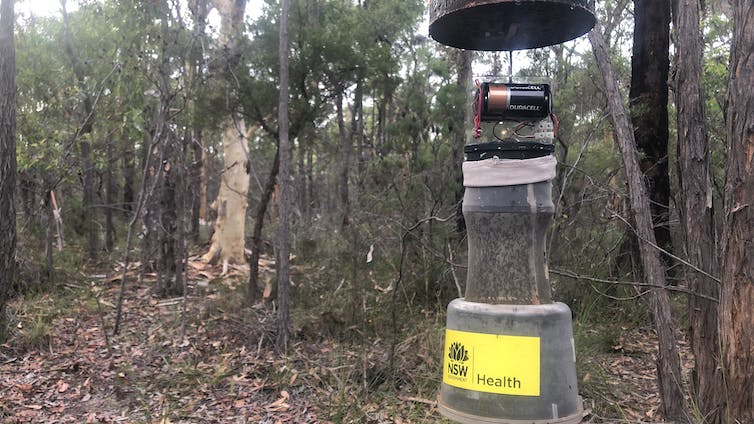 Given the severity of Murray Valley encephalitis, health authorities rely on early warning systems to guide their responses.

One of the most valuable surveillance tools to date have been chooks because the virus circulates between birds and mosquitoes. Flocks of chickens are placed in areas with past evidence of virus circulation and where mosquitoes are buzzing about.

Chickens are highly susceptible to infection so blood samples are routinely taken and analysed to determine evidence of virus infection. If a chicken tests positive, the virus has been active in an area.

The good news is that even if the chickens have been bitten, they don’t get sick.

Mosquitoes can also be collected in the field using a variety of traps. Captured mosquitoes are counted, grouped by species and tested to see if they’re carrying the virus.

This method is very sensitive: it can identify as little as one infected mosquito in a group of 1,000. But processing is labour-intensive.

How can technology help track the virus?

Mosquitoes feed on more than just blood. They also need a sugar fix from time to time, usually plant nectar. When they feed on sugary substances, they eject small amounts of virus in their saliva.

This led researchers to develop traps that contain special cards coated in honey. When the mosquitoes feed on the cards, they spit out virus, which specific tests can then detect.

We are also investigating whether mosquito poo could be used to enhance the sugar-based surveillance system. Mosquitoes spit only tiny amounts of virus, whereas they poo a lot (300 times more than they spit).

This mosquito poo can contain a treasure trove of genetic material, including viruses. But we’re still working out the best way to collect the poo. 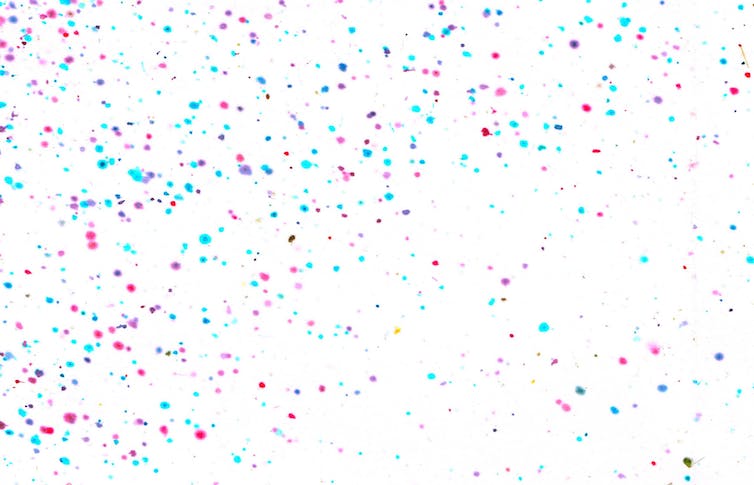 Mosquito poo, shown here after mosquitoes have fed on coloured honey, can be used to detect viruses like Murray Valley encephalitis. Dagmar Meyer

There is no vaccine or specific treatment for the virus. Avoiding mosquito bites is the only way to protect yourself from the virus. You can do this by:

The virus is very rare and your chances of contracting the disease are extremely low, but not being bitten is the best defence.