No-one wants to feel insecure. The foundational element of the social contract between people and government is security. National security, then, must reasonably be one of the central concerns of both government and opposition.

Scott Morrison understood this well when he used an address to the National Press Club in February 2019 to launch his government’s program on national security.

This comes at a time when national security has been defined all too narrowly in Australian political discourse. The prime minister’s linking of multiple domains of security alongside concerns about violent extremism and terrorism should be welcomed. This moves national security beyond the current narrow focus of government to a more holistic framing, in line with global practice and as used by leading institutions such as the ANU’s National Security College.

Read more: Morrison wants Muslim leaders to do more to prevent terrorism, but what more can they do?

It’s an important refocusing. And it’s timely when women are dying every week in domestic violence attacks, and cybercrime and cyber espionage loom as increasing threats to nation, society and business. It is not only reasonable but necessary to weigh up spending on countering terrorism and violent extremism alongside other pressing matters of national security.

But, after a promising start, the prime minister’s vision statement quickly deteriorated into point scoring designed to wedge the opposition on medical evacuations from Manus Island and Nauru.

Morrison’s bold assertion that Operation Sovereign Borders represents Australia’s greatest national security achievement overlooks all that’s been achieved in responding to the insidious and resilient threat of terrorism. It also offers no accounting of the real price of the indefinite detention of asylum seekers arriving by boat.

In a summer of unprecedented heat, bushfires in rainforests in Tasmania and catastrophic floods in Queensland, the PM’s vision statement talked only of “natural disasters”. He avoided all reference to climate change until pressed by a final questioner.

Even then, this unprecedented threat to national security was treated dismissively, with glib lines about “smashing goals” and meeting the Paris targets “in a canter”.

Moving national security beyond the cynicism of everyday politics

Morrison’s address served as a reminder of why Australians are so sceptical of politicians talking about national security. Little wonder, then, that the important work of counter-terrorism and countering violent extremism is saddled with so much baggage. A lack of trust, and a sense of being scapegoated on the part of migrant and Muslim communities in particular, threatens to unravel the good work done by community groups and police alike.

But it is not simply the politics of fear that drives scepticism about responses to terrorism. The reality of more than 17 years of the misnamed “global war on terror” provides good grounds for being critical about how resources are used and threats are framed.

In an important report last November, the Watson Institute at Brown University calculated that the financial cost to the US federal government alone of the so-called war on terror exceeded US$5.9 trillion.

Far worse, it estimated that around half-a-million lives had been lost in Iraq, Syria, Afghanistan and Pakistan as a direct result of the fight against al-Qaeda and Islamic State. Half of them were civilians. And the conflict had driven at least 21 million people from their homes. But to what end?

Another report last November by the Centre for Strategic and International Studies at Georgetown University found that, despite the tremendous price paid in dollars and lives, there were almost three times as many Salafi jihadi terrorists in 2018 as there were at the time of the September 11 attacks in 2001. The number of Salafi jihadi terror groups around the world had almost doubled.

Studies such as this make it clear that victory in the “war on terror” is no more likely than it is in “the war on drugs”.

A large element in all of this is the reality, now almost universally acknowledged, that the coalition invasion of Iraq in 2003 was a colossal mistake. Engagement in Iraq came at the cost of military operations in Afghanistan. The latter mission was altogether more rational in the wake of the September 11 attacks, especially in combination with nation-building efforts.

Despite investments equivalent to the post-second world war Marshall Plan in Europe, continuous operations in Afghanistan since 2001 have failed to achieve what the Marshall Plan was able to do. Incredibly, in Afghanistan, there has been no strategic plan guiding this longest of all modern wars. 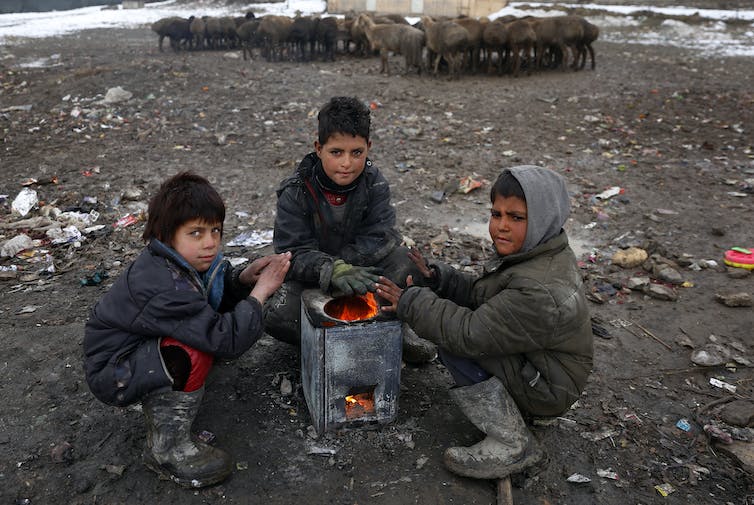 Despite being the longest modern war, there has never been a strategic plan guiding operations in Afghanistan. AAP/EPA/Hedayatullah Amid

This is why many would insist that talk of terrorism and counter-terrorism at home and military engagement abroad is a mistake and a waste of resources: that it all contributes little to national security. The truth is much more complex. Certainly, one lesson of the past two decades is that military engagement should only be used sparingly and to a clear political end.

Expecting a decisive victory in Afghanistan is unrealistic. But withdrawing international forces now would render hopes of achieving a lasting peace through negotiation with the Taliban lost in capitulation to powerful militias by removing checks and balances.

And although many mistakes have also been made in counter-terrorism closer to home, it would be wrong to deny that much has been achieved.

Read more: How Indonesia's counter-terrorism force has become a model for the region

Today, lone-actor attacks are a pressing concern because terrorists have been stopped from carrying out more ambitious plans. Al-Qaeda was never able to repeat the large-scale attacks of 2001 in New York and Washington, 2004 in Madrid and 2005 in London. The return of larger attacks in 2015 and 2016 came only because of the strength of IS in Syria and Iraq.

Police and government agencies today face a workload that is an order of magnitude larger than it was before the rise of IS. But through effective intelligence work they have managed to contain the threat of large-scale terror attacks outside of conflict zones.

In Australia, the efforts of many to counter violent extremism are seldom recognised or properly understood. But the level of security that has been achieved in the face of the resilient threat of terrorism is a substantial achievement.

Much good has come out of all these efforts, not least the cooperation of the Australian Federal Police with counterparts around the world, particularly Indonesia in the wake of the Bali bombings of October 2002.

Similarly, Australian government-backed initiatives in working with civil society groups to counter violent extremism have achieved a great deal in terms of responding to threats and building understanding across communities.

The conflation of national security with strong borders, and a fetish with arrivals by sea, leads to disproportionate and wasteful spending. It plays into the demonising of those fleeing persecution and seeking asylum.

The simplistic, dehumanising focus on “keeping bad people out” not only justifies cruelty, but contributes to unhealthy lack of transparency in the work of agencies and contractors.

Everyone deserves to live in a society as secure as can reasonably be achieved. National security is too important to be used as a mere political instrument. The cynical politics of fear threatens both to undo the good work being done by so many for so long and to turn Australian society against itself.