The first world war was significant to the formation of Australian national identity and defining national characteristics, such as making do and mateship. This is well acknowledged.

But it was also a technical war, which spurred advances in knowledge and expertise. Combined with the status of professionals in the public service, it profoundly reshaped Australia. It also led to the development of universities as places for training and professional qualification, as well as important research.

Before the war, concern about efficient use of public money and a desire to protect the public led governments to pass legislation to control professional practice. This ensured only qualified doctors could provide medical treatment, only qualified teachers taught in schools, and so on.

The recently released book The First World War, the Universities and the Professions in Australia, 1914–1939, edited by the authors, outlines how the war sped up these developments and widened the range of workers, such as physiotherapists, who saw themselves as part of a professional group.

During the war, surgeons and dentists developed new techniques, such as traction splints and blood transfusions. The use of saline fluid to treat shock dramatically improved the survival rate of the wounded. Advances in plastic surgery – led by New Zealand-born but London-based Harold Gillies and assisted by Australian surgeons – helped those with devastating facial injuries. Psychiatrists contended with the new condition of shell shock.

Read more: World War I: the birth of plastic surgery and modern anaesthesia

Engineers gained experience in logistics and the management of people. John Monash received a Doctor of Engineering in 1920 for his wartime developments in the coordinated offensive.

… treatment of large numbers of wounded and the stimulus of war necessities presented the opportunity for close observations and investigations on a large scale, such as were not readily possible in civil life.

The “regular contacts with officers of other medical services” allowed developments to be exchanged.

Professional contributions to the war

Professionals were also important to the war effort at home. Linguists provided translating and censorship services, lawyers drafted international treaties, while scientists and engineers developed processes for the mass manufacture of munitions and tested materials for use in military equipment. 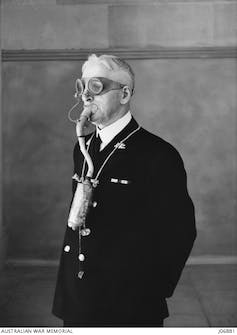 The gas mask developed at the University of Melbourne. Australian War Memorial

Often these initiatives combined expertise from different professions. Medical, engineering and science professors at the University of Melbourne developed a gas mask, manufactured in large quantities but not deployed.

Back in Australia, the Commonwealth government established the first federally funded research body – the Advisory Council of Science and Industry (later CSIRO) in 1916. Its first task was to tackle agricultural production issues, such as the spread of prickly pear. Australia’s farm production was essential to the war effort.

University research expanded after the war, as government and industry worked with the universities.

The greatest need was for doctors and nurses. Medical students who had broken their studies to enlist were brought back from the front to complete their training before returning. University medical schools shortened courses to rush more graduate doctors to the front. Women medical graduates, such as Vera Scantlebury-Brown, also served in Europe, although they could not join the medical corps.

More broadly the experience of travelling to European theatres of war exposed professionals to international ideas. Architect soldiers, in particular, brought the influences of European and Middle-Eastern sites to Australian buildings.

A notable example is the Royal Australasian College of Surgeons building. This was designed in a Greek revival style by returned soldiers Leighton Irwin and Roy Kenneth Stevenson. It opened in 1935 to house the college, which accredited Australian surgeons and sought to raise the standard of surgery and hospitals, efforts also spurred by the Great War. 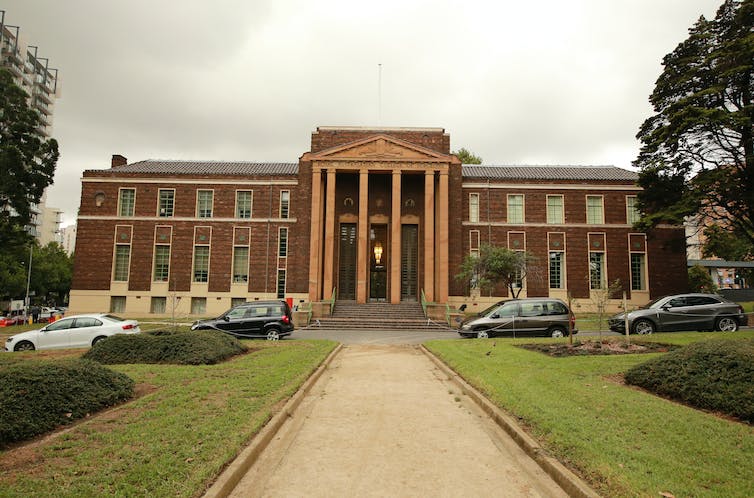 The Royal Australasian College of Surgeons building was designed in a Greek revival style. from shutterstock.com

Repatriation efforts cemented the position of professionals in the public sphere. Doctors determined eligibility for invalid benefits and managed treatment.

Returned soldiers received training, both in technical skills and also professional degrees. Many took the opportunity of studying in overseas institutions, including British and European universities, schools of the Architectural Association, London, or the Royal College of Surgery.

Australia’s universities remitted tuition fees for returned soldiers. This allowed individuals such as Albert Coates to go to university and become a noted surgeon. Coates would later gain renown for his work with prisoners of war in the second world war.

How did the war change professions?

After the war, new communication technologies created careers in radio broadcasting and advertising.

In response to the cascade of new knowledge, and to keep up with professional developments, university courses became increasingly specialised, at the expense of the generalist. The gaps created by specialisation allowed new groups to seek professional status, often competing with other professionals.

For instance, the number of war wounded, combined with poliomyelitis (polio) epidemics, created unprecedented demand for masseurs. Universities had offered individual subjects in massage at the turn of the century. Now masseurs pressed for full degree status, clashing with doctors who controlled medical practice.

By the time of the second world war, masseurs had become physiotherapists, with professional status. 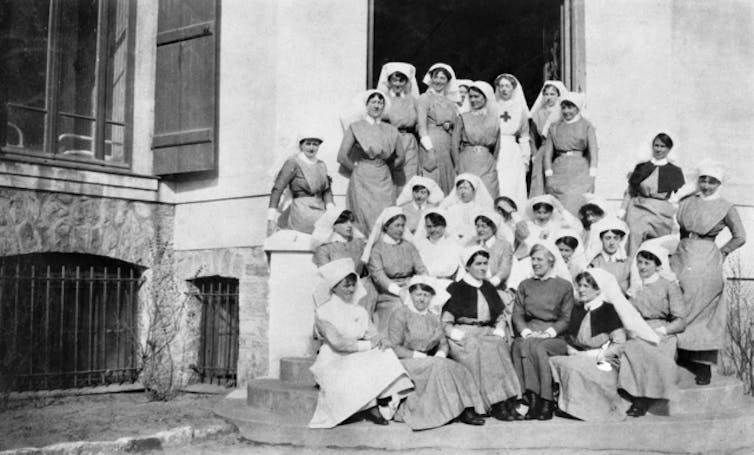 Nurses had learnt new skills during the first world war and achieved greater social recognition. To build on this, the Australian Nursing Federation (now known as the Australian Nursing and Midwifery Federation) – established in 1924 – lobbied for university qualifications. It sought to overcome the prevailing conception nursing was marked by “service and sacrifice”, ideals encouraged by the reliance on volunteer nurses during the war.

All Australian states had nursing registers by 1928, admitting only qualified nurses. Although nurses could attend subjects in some universities before the second world war, a full university course waited until the latter part of the 20th century.

Read more: Friendship in war was not just confined to bonds between men

A new national sentiment, fostered by the war, was evident in all of these developments. Professionals no longer fought battles only within local and state areas. Now they argued in general terms, confident their expertise supported national priorities.

The histories of professional groups and higher education have often focused on the period after the second world war, and the expansion of the sector. However, this overlooks the role of the first world war in transforming Australia into a nation that valued expertise, knowledge and professional standing.