Anzac tiles are also known as army biscuits, ship’s biscuits, or hard tack. A variety of homemade sweet biscuits sent to soldiers during the first world war may have been referred to as “Anzac biscuits” to distinguish them from “Anzac tiles” on the battlefield.

Read more: Feeding the troops: the emotional meaning of food in wartime

Rations and care package treats alike can be found in museum collections, often classified as “heraldry” alongside medals and uniforms. They sometimes served novel purposes: Sergeant Cecil Robert Christmas wrote a Christmas card from Gallipoli on a hard tack biscuit in 1915. 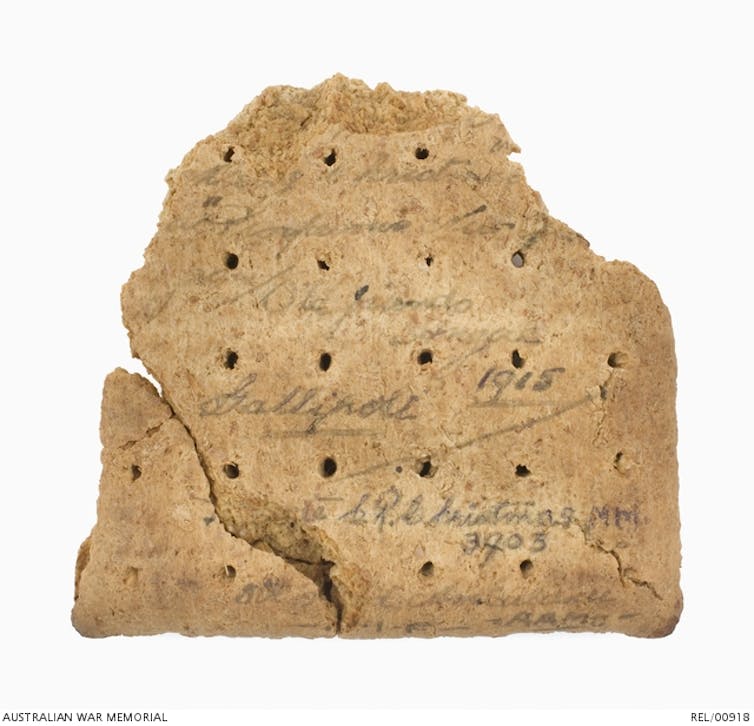 This Anzac tile was made in Melbourne. In pencil, an anonymous soldier has documented his location directly on the biscuit’s surface: “Engineers Camp, Seymour. April 2nd to 25th 1917.” 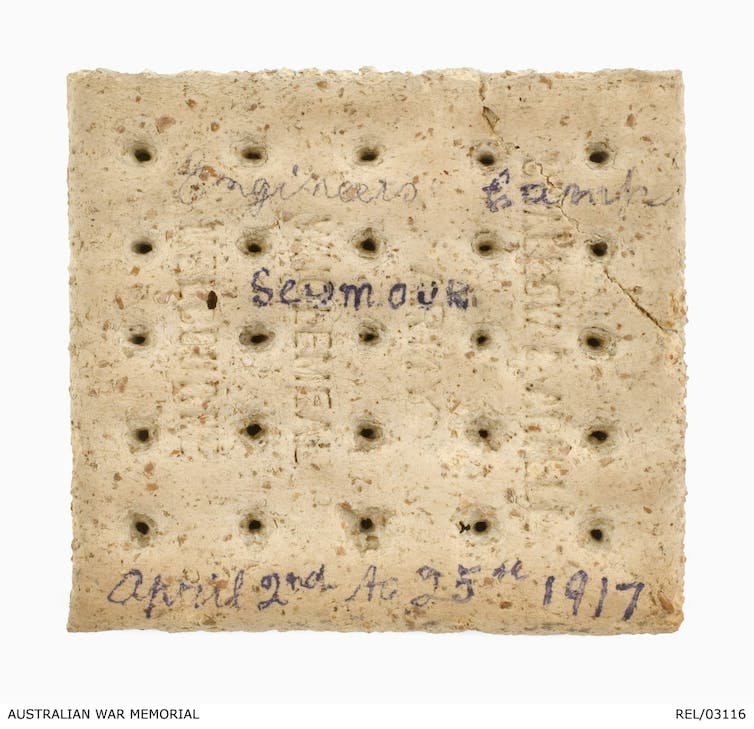 In her history of the Anzac biscuit, culinary historian Allison Reynolds observes that “soldiers creatively made use of hardtack biscuits as a way of solving the shortage of stationery”.

Incorporating embroidery that uses the biscuit’s perforations as a guide, it also includes artillery shells, which form a metallic border for the photograph mounted on the biscuit. 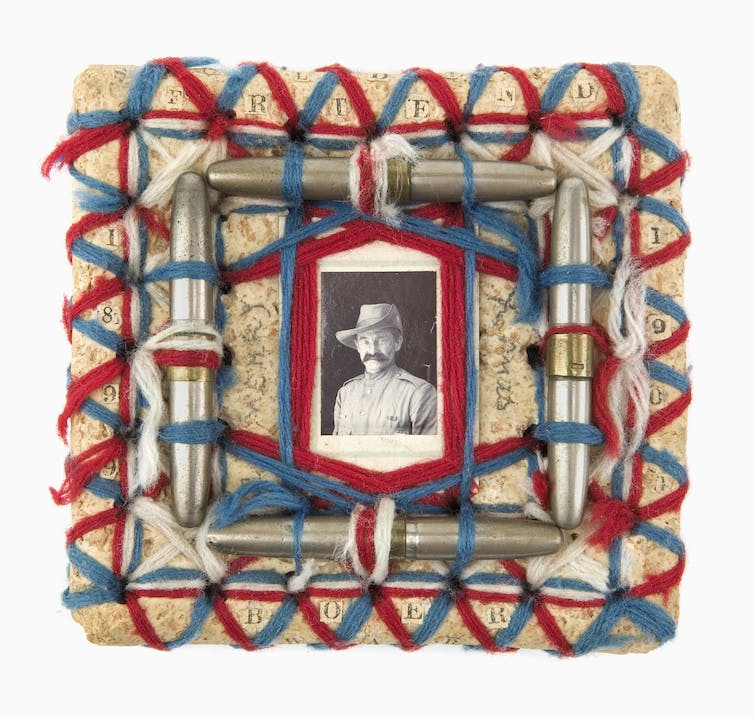 A tin sealed with sadness

During WWI, any care package biscuit that was sweetly superior to an Anzac tile might have been called “Anzac biscuit”. By 1966, the name “Anzac biscuit” was given to a specific recipe containing golden syrup, desiccated coconut, oats, but never eggs.

Anzac biscuits held in our archives evoke everyday experiences of baking and eating. In one case, the biscuits also tell a story of loss. Lance Corporal Terry Hendle was killed in action just hours after his mother’s homemade biscuits arrived in Vietnam. The tin was returned to his mother, Adelaide, who kept it sealed and passed it down to his sister, Desley.

Australian War Memorial curator Dianne Rutherford explains that the museum will never open the sealed tin, because “this tin became a family Memorial to Terry and is significant for that reason. After Terry’s death, Adelaide and Desley never baked Anzac biscuits again”. 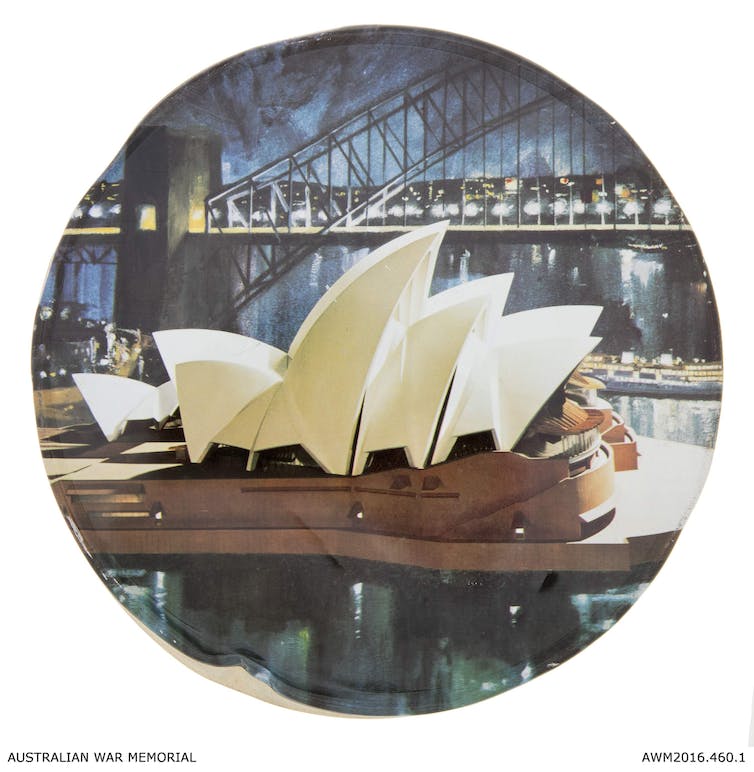 Today, biscuit manufacturers must apply for Department of Veterans’ Affairs permission to use the word “Anzac”, which will only be granted if “the product generally conforms to the traditional recipe and shape”. Variations on the name are also not permitted - in a recent example, ice cream chain Gelato Messina was asked to change the name of a gelato from “Anzac Bikkie” to “Anzac Biscuit”.

The Anzac tile, on the other hand, rarely rates a mention in our commemorations of Anzacs at war – although school children and food critics alike undertake taste tests today in an effort to understand the culinary “trials” of the Anzac experience.

Scholar Sian Supski argues that Anzac biscuits have become a “culinary memorial”. What if the biscuits you bake this Anzac day ended up in a museum? What stories do your biscuits tell?

Lindsay will be launching a three year project about biscuits called “Tasting History” during the Everyday Militarisms Symposium at the University of Sydney on April 26.

She is recruiting participants for upcoming biscuit tasting workshops. Sign up here.