For women who marry men, in 2019 this question still comes up: will you be taking your husband’s name?

It is no longer a legal requirement nor the default position for Australian women to take their partner’s name. But recent evidence suggests it’s still a common occurrence – the majority of Australian women make this choice.

As professional women, we’re interested in the question of how this decision impacts on identity and career progression.

The average age of women getting married in Australia is now 30, an age when career and professional identity have already been established for many of us. So name choice is not only a personal decision but can carry professional implications.

Does taking on someone else’s name change your sense of self? Professionally speaking, does a new name lessen the impact of your own hard work? What happens if, like 43% of marriages, it doesn’t work out and you are left with a name that no longer reflects your personal status?

As a scientist, your name is your “brand”; it holds your publication record and your scientific reputation. For most male scientists, the main name-related decision will be whether to use full names or initials for publications and other work.

For women, navigating a possible name change with marriage can be complicated, demanding considered and deliberate decision-making. This is true not just for science, but for most professional careers.

Here are our own stories – three unique perspectives – regarding how we worked out name choices through marriage, divorce and career progression.

Kate: As a younger bride, I had no real career established at the time of my wedding, and held the perception that a marriage is forever. I chose to change my name.

That marriage ended in divorce years later. By then I had published a number of scientific papers under my new name, and my career was well established. So I was faced with another name choice: keep and/or adjust my name, or switch back to my maiden name.

I felt the pressure to keep my ex-husband’s name for professional continuity, so decided to tack on a bit of “me” (by adding a hyphen and Robb to my married surname of Charlton). I went on to describe and name a new dolphin species, a legacy which is, and always will be, in part, stamped with my ex-husband’s name. 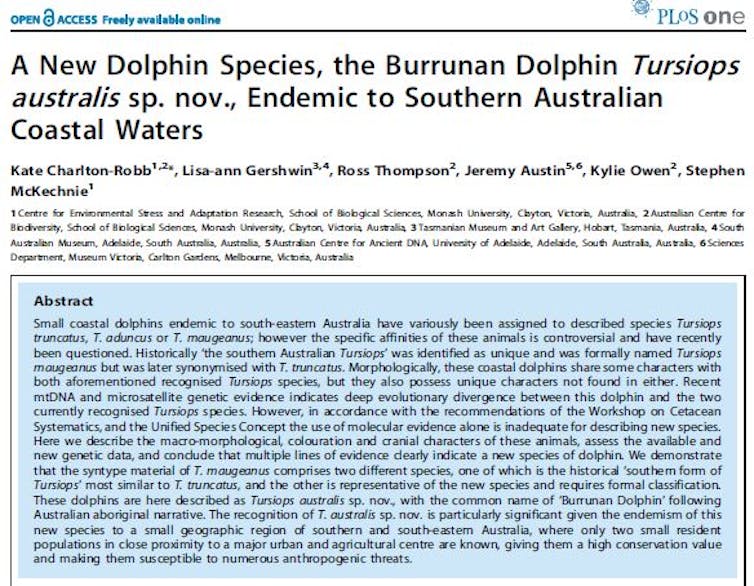 Here’s my dolphin paper, which was published under my hyphenated name.

Some years later, I feel incredibly conflicted every time I am introduced by my ex-husband’s name, as it no longer reflects who I am, personally or professionally.

This has led to name change indecision. How do I, now well established in my career, take on yet another name, one that I can identify with, that reflects who I am now, without jeopardising my professional identity and legacy?

At the end of the day, it may appear trivial to some, but I have to be happy with who I am and with many years in my science career left. I have to be true to myself in needing my own form of name identity back.

I will be making the change: from Dr Kate Charlton-Robb to Dr Kate Robb. It is, after all, the name I identify with and want to be identified as. 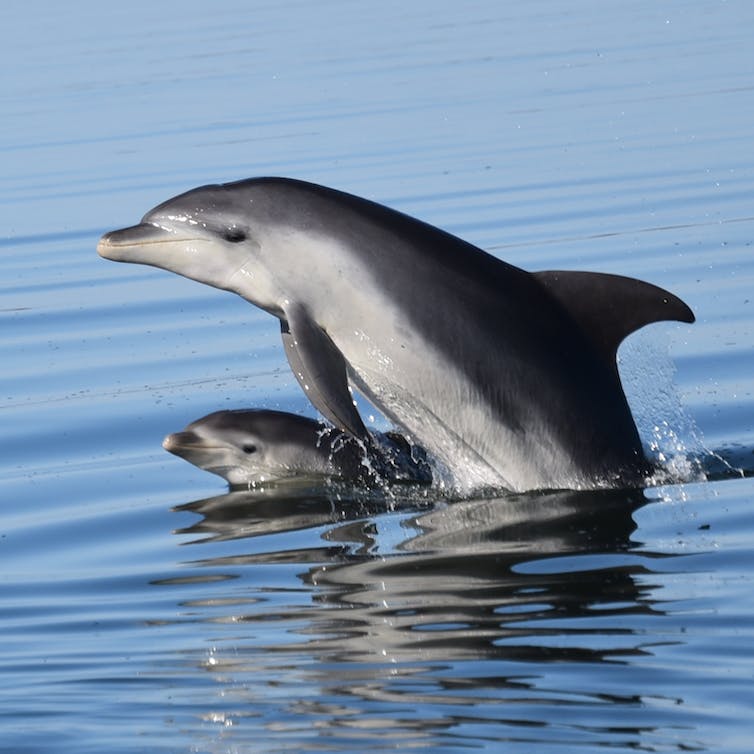 Read more: Small and isolated dolphin populations are under threat

Tara: When I got engaged, I struggled with the concept of changing my name. Just like my partner, I liked my name. It was part of my identity, my origin, and I was proud of it.

There were questions from family members whenever the subject came up. Mainly, what would we call our children, and was I worried about divorce, given my mother had divorced twice? There were never demands, just the feeling of subtle pressure from parents and grandparents to conform to tradition. Eventually I relented and took my husband’s name.

Years later I started a PhD. I would be the author of a huge body of work. Something to be truly proud of, except it bothered me that it wasn’t really going to be in my own name.

Adding to this, I was simultaneously witnessing two close friends going through stressful divorces. Despite being happily married, as a child of divorce it is sometimes hard not to hold lingering fears.

So, with the support of my husband, I commenced the process of changing back to my birth name. Together we faced the bombardment of questions, and answered with patience: “yes, we are still happily married. No, we are not getting divorced”.

Now I have a seven year career in science, and am proud of my achievements in my own name.

Valerie: I didn’t change my name when I got married. I am originally from Quebec where women don’t take on their husband’s name. Quebec law states that “in marriage, both spouses retain their respective names” (Civil Code of Quebec). Getting married there carried the expectation that I would keep my name.

My husband is from New Zealand, where either spouse can change their name when getting married. If it had been something important to me, we could have married in New Zealand instead. There was never any expectation from others for me to change my name.

I know women who are divorced and had to change their names back, while others decided to keep their ex-husband’s name as it was how they were known professionally and personally. It all seems very messy.

I didn’t think about rates of divorces or my career when I got married, although now, as I am still establishing my career, I think changing my name would be more difficult. The reality is that I never contemplated changing my name. My name is part of my identity.

Changing your last name upon marriage is a complex issue for some women. It’s a issue that can create long term, ongoing considerations.

We encourage women to consider all of their options, to think not just about the present but also about the future, and above all stay true to their own identity and personal preferences.