Teachers are bullied daily by parents and students. They experience the kind of harassment that would be deemed unacceptable in most workplaces. But, in the case of teachers, such treatment is often dismissed as par for the course.

What now is called bullying is what we used to regard as, you know, kind of giving teachers a hard time and teasing and being little horrible monsters.

We conducted a survey of 560 teachers across Australia in 2018. In the month-long social media campaign, 80% of respondents recorded having been a victim of some form of student or parent bullying and harassment over the previous 9 to 12 months.

A separate survey also conducted in 2018 – which has been following school principals since 2011 – found one-third of Australian principals had been bullied or harassed. They reported both physical and verbal threats and abuse.

Read more: Bullies, threats and violence: who would want to be a school principal?

This doesn’t only happen in Australia. Studies in New Zealand, Luxembourg, the United States, Slovakia and South Africa all yield similar findings.

Student-to-teacher bullying and harassment has also been recorded in countries such as Taiwan, where students are taught to revere teachers, and in Finland, where the teaching profession is well regarded.

What our study found

In our study, just over 70% of participants reported having been bullied or harassed by a student in the last 12 months. Verbal aggression was the most common form of bullying. Nearly 30% of respondents recorded a student having sworn at them in the last 9 to 12 months, closely followed by yelling (28%) and disparaging verbal comments (25.5%).

Female teachers were more likely to experience students standing over them or invading their personal space (9.9% to 6.9%), as well as students harassing them through phone calls or text messages (2.3% to 1.4%). 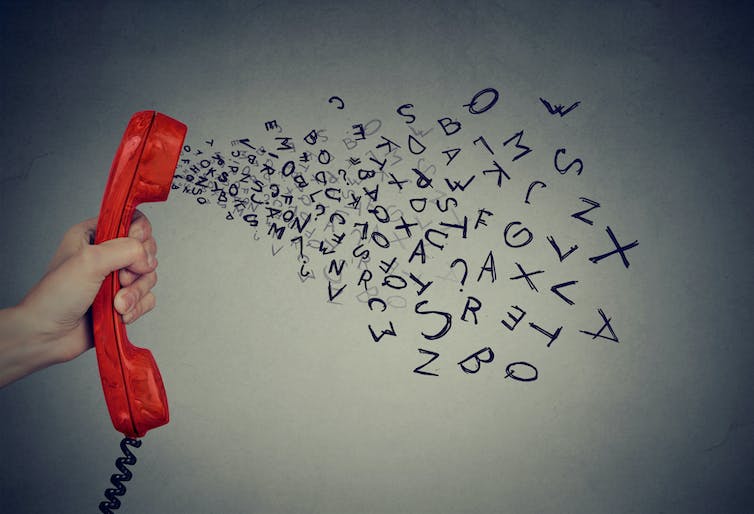 Female teachers were more likely than males to be harassed over the phone. from shutterstock.com

Nearly 60% of teachers reported experiencing at least one incident of bullying and harassment by parents in the last 12 months. The most common were parents verbally disparaging a teacher (15.2%), yelling (14.4%) and arguing on their child’s behalf (13.4%).

Physical attacks by parents on teachers were rare, with 8.8% reporting a parent standing over or invading their personal space and just 1.1% being hit or punched by a parent.

Bullying and harassment have a considerable impact on teachers. Respondents in our survey reported severe repercussions for their mental health and well-being. A number of teachers said they were suffering symptoms of anxiety, depression and PTSD, including panic attacks and uncontrollable shaking.

Around 83% of respondents who we interviewed disclosed a desire to leave the profession due to teacher-targeted student and parental bullying.

A male teacher who had been in the profession for nearly 15 years told us:

[…] bullying from students […] contributed to me wanting to commit suicide. I felt worthless […] It has taken years of support, encouragement and medical and spiritual intervention to enable me to teach full-time again.

Most teachers said they didn’t feel well supported when they made a report and that responses were often tokenistic. Many interviewees accused school management of allying themselves with students and parents rather than supporting the bullied teacher. One teacher told us:

I could deal with it if there was any form of support […] Teachers have no rights anymore and all we can realistically do is tell students they have detention or call their parents. Students don’t come to detention, then what!

Read more: Teachers who feel appreciated are less likely to leave the profession

Bullying occurs in the context of a power imbalance. Teachers are understood to occupy a position of power over their students, which obscures the prevalence of teacher-targeted bullying in and out the classroom.

There was a feeling among respondents that student behaviour was contextualised in terms of teachers’ ability (or inability) to manage complicated situations. One teacher told us:

[…] I worry about grades on report cards and how parents will react. They no longer accept it, but instead try to influence and intimidate teachers to change the grades based on what they believe their child deserves.

Teachers also expressed dismay at their inability to create real and lasting change to bullying behaviour. Initial findings from our study call for more support by management and peak organisations for teachers who report even minor incidents.

Read more: Teenagers who are both bully and victim are more likely to have suicidal thoughts

Respondents suggested a code of conduct be created in schools. This would include a zero-tolerance policy and clear guidelines spelling out which behaviours are considered to be bullying and harassment. They suggested students and parents face penalties for breaching the code of conduct.

Teachers also called for stronger measures, such as the ability to expel students or ban parents from contacting teachers, to prevent aggressors from stepping back into classrooms or school grounds.