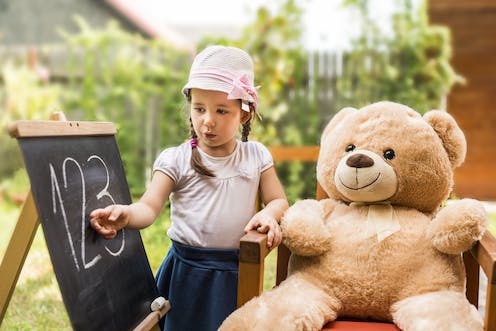 Bill Shorten shared his mother’s story on Q&A this week. Dr Ann Shorten aspired to a career in law. But financial responsibilities led her to teaching instead. In response to Shorten’s heartfelt anecdote #MyMum began trending on twitter. Tweeters shared stories of “wasted potential”, of those who aspired to medicine, law, and science but, through lack of opportunity, were made to settle for less.

While these tweets were well-intentioned, the association of teaching with wasted potential touches on a narrative all too prevalent in Australia. A discourse that deems teaching second-rate, a fall-back position, something one does when marks fall short. It speaks directly to Australia’s current crisis in the status of teaching – a crisis that threatens and undermines the importance and significance of teachers’ work.

The state of teacher status in Australia, however, is of continued concern. The issue is complex, but current research suggests the following as significant contributors to teachers’ status decline:

The representation of teachers in the media is a key factor in teachers’ public image. In Australia this is particularly problematic. For example, research demonstrates how teachers are frequently portrayed as:

Such criticism is disturbingly widespread. While more often than not lacking credibility or recognition of the broader context of education, “teacher bashing” is not the domain of journalists alone.

Criticism stems from politicians, parents, and in some cases, even teaching colleagues. When it comes to education, what is being done, and what should be done, it seems everyone is an expert. That is, except teaching professionals themselves.

It’s little surprise such representations leave teachers feeling both undermined, and undervalued. It should.

November 2018 saw a glimmer of hope for Australian teachers. In recognition of growing concerns around teachers’ status, Education Minister Dan Tehan launched an inquiry into the status of the teaching profession. Teachers welcomed the opportunity for productive conversation and informed solutions. It also offered the chance to reaffirm the vital role of teachers in community, economy, and society.

The formal intention of the inquiry was to not only report on the status of the profession but also consider opportunities to improve in a range of areas. The inquiry launch also prioritised valuing Australia’s teachers. The terms of reference were to:

The inquiry was met with enthusiasm. Beyond the six public hearings held in venues across Queensland, Victoria, New South Wales and South Australia, there were 90 individual written submissions, comprised of almost 1,200 pages of considered responses. These included contributions from teaching associations, universities, parent associations, unions, government departments, and individual teachers.

The final report produced from the inquiry, however, was both underwhelming and disappointing. In its entirety, a four-page word document summarising issues that arose from the public hearings, and a one-page media release. No acknowledgement of the 90 individual submissions. No clear way forward.

The inquiry lapsed on the dissolution of the House of Representatives in April 2019, prior to the federal election. While teachers – those at the heart of the inquiry - may (and arguably should) be disappointed, it seems the government is satisfied with the outcome. According to the committee, the four-page summary will “lay the foundation for any further examination of these matters in a future Parliament”.

Chair of the standing committee MP Andrew Laming claimed production of the final report as “warp speed for an inquiry of this size” and as “a pretty good achievement”. Forgive us if we don’t agree.

Is this the best teachers’ can hope for? If so, the status of the profession is unlikely to change any time soon.