Thanks for a great question, Evie.

There are lots of types of waves in the ocean, but the waves you usually see at a beach are created by the wind. When the wind blows over a smooth ocean, it creates little waves or ripples on the surface. If the wind continues to blow, the waves grow bigger. 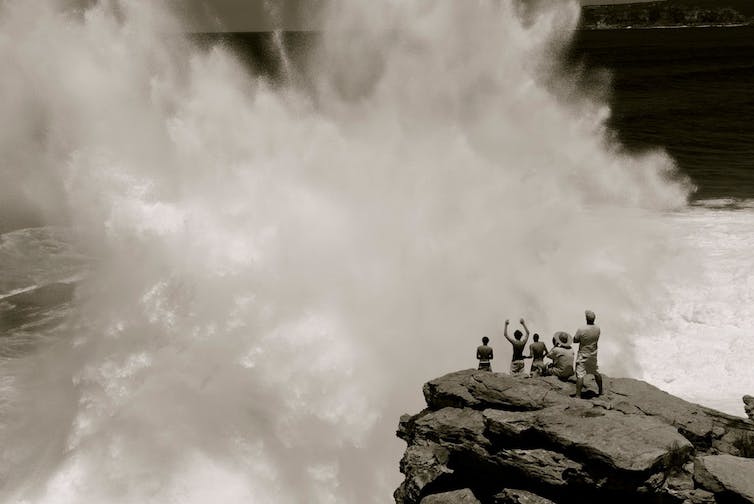 A big wave lands at Dee Why Beach in Sydney. Taro Taylor/Flickr, CC BY

Read more: Curious Kids: How does the Moon, being so far away, affect the tides on Earth?

The faster the wind blows (like in a strong storm out at sea), the bigger the waves will grow.

And the longer the wind blows (like in a storm that lasts a long time), the bigger the waves will grow.

If the wind stops, or changes direction, the waves will stop growing, but they won’t stop travelling.

They will keep travelling away from where they were created in a straight line, sometimes for days, until they run into something like a beach where they are stopped because they break. That’s why there are still waves at the beach, even when it is not windy.

Waves trip over themselves

Imagine you were running really quickly. But then suddenly, you ran into thick gloopy mud. Your feet would slow down, but the top half of your body would still be going fast. You’d trip over.

Waves do the same thing and that is when they break. 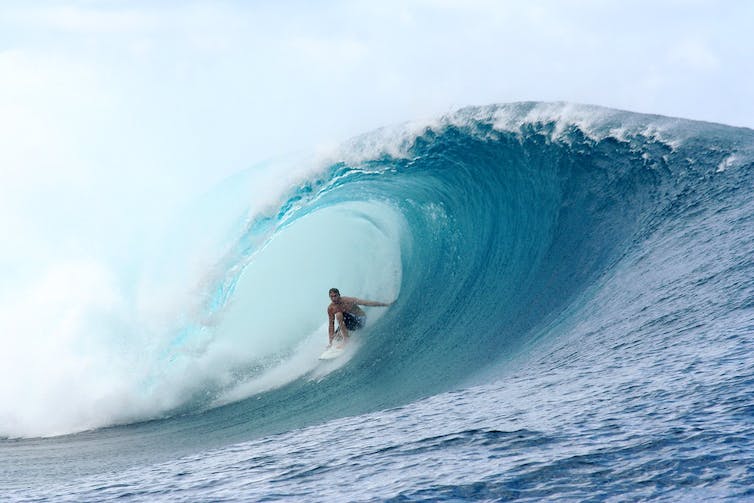 This wave is breaking over the top of the surfer because the top half of the wave is travelling faster than the bottom half. Flickr/Duncan Rawlinson - Duncan.co - @thelastminute, CC BY

Waves can travel a long way

Scientists who study the ocean (called oceanographers) have measured waves created in the Southern Ocean, and seen them travel all the way across the Pacific Ocean and break on the beaches of North America more than a week later.

During big storms, waves can get very big. If big waves from two different storms meet together, that can create enormous waves that we call “freak waves”. The largest waves measured are around 25 metres high (that’s five giraffes standing on top of each other!) and they can tip over ships.