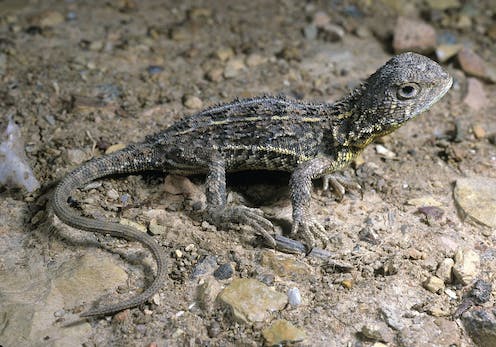 You may have seen news in recent days of the suspected demise of the Victorian grassland earless dragon – now thought to be the first lizard species to be driven to extinction by humans in mainland Australia.

That suspicion arose on the basis of a newly published study in Royal Society Open Science by our research team, in which we discovered that the grassland earless dragons of southeastern Australia are not a single species, but four distinct ones: one that lives around Canberra, two in New South Wales, and one restricted to the Melbourne region.

The most recent confident sighting of the Melbourne species was 50 years ago, in 1969 – hence the fears that the Victorian species has already succumbed.

But despite this worrying news, we’re not leaving this lizard for dead just yet. Conservationists are now combing remaining grassland around Melbourne in a search for survivors.

Although no lizard species have previously been declared extinct on the Australian mainland, the grassland earless dragons (Tympanocryptis) of southeastern Australia have long been the subject of conservation concern. Even before being split into four separate species, they were already officially listed as endangered.

The Victorian grassland earless dragon (Tympanocryptis pinguicolla) is known only to occur in the native grasslands around Melbourne. A review of historical collections at Museums Victoria show that it was found at several locations including Sunbury, Maribyrnong River (then called “Saltwater River”), and as far west as the Geelong area until the late 1960s.

Although there is little information available about the ecology of this species, it was described by Lucas and Frost in 1894 as:

Inhabiting stony plains and retreating into small holes, like those of the ‘Trap-door Spider,’ in the ground when alarmed […] Often met with under loose basalt boulders.

The last confirmed sighting was near Geelong in July 1969.

There are several factors that leave open the possibility that the Victorian grassland earless dragon is still clinging to survival. There are some remaining habitat areas that have not yet been surveyed, and this species is small, secretive and hard to find. We urgently need more surveys to try and find any remaining populations.

If these lizards are not yet extinct, their protection will clearly become an urgent conservation priority. But it is hard to develop a conservation program without knowing where the target species actually lives, or indeed whether it is still alive at all.

Zoos Victoria is now leading a campaign, alongside expert ecologists and local communities, to try and confirm the presence or absence of the Victorian grassland earless dragon. This involves various methods, including habitat mapping, camera trapping, and active searching. The team is also working to identify unsurveyed areas that might potentially be home to these elusive lizards.

Last year the team deployed a series of small pitfall traps at two locations in Little River. Unfortunately, no earless dragons were detected during the survey and few lizards of any species were caught, despite the fact that these locations seemed to offer appropriate food and habitat.

The team is not giving up yet and is committed to continuing the search, with Zoos Victoria researchers having identified sites with suitable habitat both within and outside of the historical distribution, which they aim to survey intensively over the coming years. Meanwhile, reptile keepers at Zoos Victoria are developing husbandry techniques to help look after the grassland earless dragon species from Canberra and NSW.

The conservation challenge has got harder, because where previously we were tasked with looking after one species, we now have to safeguard at least three – and hopefully four!

This article is based on a blog post that originally appeared here. It was coauthored by Adam Lee and Deon Gilbert of Zoos Victoria.