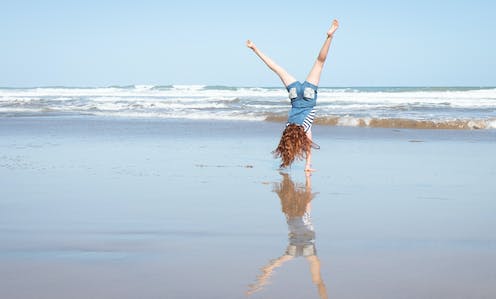 New Zealand’s budget 2019 promised to usher in a new era of policy addressing well-being. It was meant to go beyond the status quo of measuring how we do by a fiscal measure and prioritise spending based on what a set of measures shows matters to our well-being.

Interestingly, then, a budget built on measuring the impact of government spending on well-being seems to be missing the well-being of 20% of the New Zealand population. That is, the close to 1 million children under 15 years of age.

What makes a good life for children

The United Nations Convention on the Rights of the Child, which New Zealand has ratified, states that children’s voices need to be heard and acted upon when deciding policy and state intervention that affects them. But aside from international legal obligations, there is one really important reason to hear children’s voices.

Children’s ideas about what well-being means for them likely differ from what it means for adults. As parents we may think we know what matters most for our children. But any parent with a teenager knows we miss the mark. If we listen to what children say matters to them, they might also help us understand what the policy solution is.

Of course, there are important considerations when collecting these data, such as the age-appropriateness of questions and gathering information from children who can’t speak, such as babies and those with nonverbal autism. There is also the potential conflict between what children want and the risk of that, like the freedom to drive at earlier ages. But these challenges can be overcome.

Taking the idea that children’s voices matter seriously, the Office of the Children’s Commissioner and Oranga Tamariki-Ministry for Children embarked on a research mission, interviewing thousands of children all over New Zealand to find out what well-being meant to them.

When kids were asked what was important to having a good life, the findings were clear. They wanted:

In the coalition government’s budget, tackling child poverty is considered a “child well-being” strategy. Yes, reducing poverty matters. But, according to the kids interviewed, it is not well-being.

If we take the findings from the children’s commissioner’s report as measures of children’s well-being, how does this budget stack up?

Two budget announcements will help families living in poverty to meet more of their basic needs. One is the change that welfare benefits will be indexed to wage growth, rather than inflation. The other is an increase in the amount parents can earn before they start losing benefits.

While these are big changes to the way benefits are structured, they don’t have the serious punch that last year’s Families Package did to keep us on track to hit targets to reduce child poverty. For example, Treasury estimated that the Families Package in the 2018 budget would lower child poverty by 41%. With the inclusion of benefits indexing in Budget 2019, that forecast has, oddly, been revised to between 24% and 37%.

Read more: New Zealand's dismal record on child poverty and the government's challenge to turn it around

Helping children have strong and healthy family relationships is tackled through several avenues. In particular, there is an increase in funding of over NZ$1 billion for children experiencing the most severe of family breakdowns — those who are exposed to family and sexual violence and in the care of Oranga Tamariki.

But does this budget help to make sure children are free from discrimination, bullying and racism? This is a measure of a good life that 86% of youth and children in the study identified as an issue the government should act on.

It is not an insurmountable challenge to include children in the Living Standards Framework. The Department of the Prime Minister and Cabinet (DPMC) is embarking on a more holistic understanding of child well-being, by talking with children and Māori representatives, identifying key areas of what makes a good life, and thinking about how we might measure those. One outcome of this effort needs to be an annual data collection from children, consistent over time, that is included in Treasury’s official well-being indicators.

Each year we’ll see these well-being indicators. Ministers and politicians will make their budget bids based on the impact they expect to have on moving the well-being needle. If we don’t make children part of the well-being equation, above and beyond a focus on those living in poverty, they might begin to look more and more like the budget losers over time.

Authors: Kate C. Prickett, Director of the Roy McKenzie Centre for the Study of Families and Children, Victoria University of Wellington