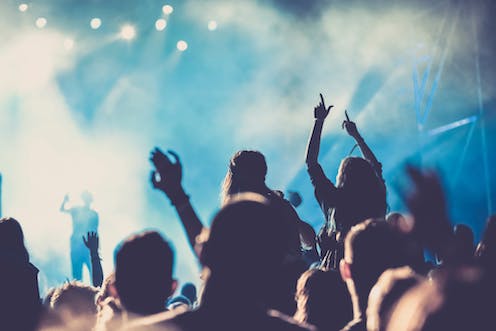 Can a A$12 pill test prevent deaths from ecstasy? Our research, published today, finds pill testing provides no magic answer.

We found not everyone acts on the result of a pill test in the same way. It depends on the result, whether they have used ecstasy before and how willing they are to take risks.

Read more: How does MDMA kill?

Ecstasy users could end up in hospital or dying as they do not know the chemical composition of the substance they are taking. That’s because their pill could contain higher than expected doses of ecstasy or toxic contaminants, both of which could be fatal.

So identifying what’s in their pill, using a pill checking service at a festival or a club, is one option to reduce the risk.

It’s an option that Australian research suggests would be popular; some 95% of party-goers who used illicit drugs said they would use a pill checking service if it were available.

But only two official services have been offered in Australia.

In 2018, the first government-supported pill testing trial took place at the Groovin’ the Moo music festival in Canberra. In 85 tests, two lethal substances were detected and five users disposed of their substance once told what they contained.

In 2019 at the same festival, a repeat trial detected seven dangerous substances, which were disposed of.

But what would someone do if they discovered their ecstasy was purer than average? Or the pill test was unable to identify the substance? Would this knowledge lead to safer behaviour? This is what our research tried to answer.

We presented almost 300 people at a music festival with different scenarios to find out who was most likely to continue to take risks after a pill test.

Almost 60% of people interviewed said they had used ecstasy before. These prior users said if the pill testing showed a high dose of ecstasy or the test was inconclusive, they would not necessarily take precautions, such as throwing away the pill or taking less of the pill.

But if they discovered their substance contained a toxic contaminant they would be very likely to take precautions.

These findings are important considering some of the recent ecstasy-related deaths at Australian festivals have been linked to high doses of ecstasy.

The people who said they had never used ecstasy before were more cautious, regardless of the outcome of the test. They said they would be more likely to take precautions in all the scenarios we presented.

Educating people generally gives them information to make choices. But, for some, simply giving more information about their substance won’t change their tendency to use it.

Our study showed that people who are risk takers in general (referred to as sensation seekers) would be more likely to take risks with a substance if a test was inconclusive or if the substance contained harmful contaminants.

Importantly, these risk takers would also be less likely to take precautions after finding out their pill contained a high dose of ecstasy.

Read more: Explainer: how our understanding of risk is changing

So, pill testing in itself is not the magic answer. This new research suggests that pill testing services at music festivals would be most effective for reducing harm in people who might be trying ecstasy for the first time.

Generally, people who had used before were only more likely to take precautions if the ecstasy contained a toxic contaminant.

And prior ecstasy users who are also risk takers are statistically at the greatest risk of harm even after taking a pill test.

Could people who have used ecstasy before know more about ecstasy use?

Apparently not. We found people who use ecstasy need drug education to help reduce their risks of harm. They were no more knowledgeable about sensible ecstasy doses or the harmfulness of dangerous contaminants than people who have never used.

So, it is important that formal pill testing services also offer counselling and drug education alongside the test result to decrease the chance of harmful choices, hospitalisation and even death.

Because we found almost 50% of prior ecstasy users said they did not know or trust their supplier, it suggests some people are knowingly taking considerable risks. If these people had access to a pill checking service then their ability to manage these risks would be greatly improved.

Who pays for pill testing?

Political opponents to pill testing are wary of supporting or providing funds for quality-control services for illegal drugs.

However, the festival attendees we surveyed said they would contribute an average $12 towards the cost of such pill testing.

So, given the low knowledge levels in ecstasy users, let’s reframe pill testing as a gateway to engage with illicit drug users to provide other services, such as education and counselling.