For the past week, momentum has been building for a national parliamentary inquiry into media freedom following the police raids on ABC and News Corp journalists.

But the issue of press freedom isn’t restricted to Canberra – there’s another contentious debate taking place at the moment in the Northern Territory over a plan by the government to close the NT’s courts to the media in cases involving young offenders.

The debate centres on a bill that would introduce the nation’s most restrictive rules on reporting on juvenile offenders, including punishments of up to a year in jail for journalists who enter a juvenile court or publish details of any case.

The court closures were recommended by the Don Dale Royal Commission into the Protection and Detention of Children, which made numerous recommendations to address the failures of the NT’s juvenile justice system. The commission said that imposing restrictions on the media in cases like these would be beneficial to young offenders and those accused of crimes, the vast majority of whom are Indigneous.

In its final report, the commission said:

Media reporting identifying young offenders can affect their prospects of rehabilitation, their sense of identity and their connection to the community.

It also quoted a young witness, who said that when his name was published by the media

it made me feel like everybody knew that I was a criminal and not a person … It feels like the public can see right through me … I began to feel like I was a lost cause.

Why ‘naming and shaming’ can be harmful

The so-called “naming and shaming” of young offenders has been a part of the media’s coverage of the territory’s courts for many years. The NT is the only jurisdiction in Australia where youth proceedings are held in open court, unless the court orders them closed.

More than a decade ago, NT barrister Mark Hunter detailed examples of children being pursued by photographers outside territory courthouses. One was identified and described in the Northern Territory News as a “bored thug”.

In another instance, a 15-year-old offender was named and his photograph twice run on the newspaper’s front page, Hunter recounted.

He explained that past attempts by defence attorneys to suppress the identities of young offenders had been rejected by judges on the grounds it would infringe on open justice and press freedom. It was also believed that “shaming” offenders would purportedly assist with their rehabilitation and reintegration into society.

However, a study by criminologists Duncan Chappell and Robyn Lincoln on media coverage of Indigenous youth in the NT, found that publicly identifying offenders actually had a number of adverse effects. These included limiting their opportunities for an adequate defence and reinforcing stereotypes of Indigenous criminality.

Read more: State of imprisonment: if locking 'em up is the goal, NT's a success

The government’s plan to close juvenile cases to the media has been supported by several Indigenous justice groups, as well as the Law Society of the Northern Territory and the Northern Territory Council of Social Service. Other submissions, including those from the NT information commissioner and the Darwin Community Legal Service, supported the continued reporting of youth justice cases without naming the accused.

Concerns over restrictions on press freedom

Given these concerns about the well-being of Indigenous youth, why are media groups opposing the move to close the NT’s courts?

For starters, media organisations like the Darwin Press Club say the move runs counter to the longstanding principle of open justice in the territory. In its statement opposing the bill, the press club said:

the bill in its present form represents a retrograde step in terms of transparency and the community’s right to know about the Northern Territory’s youth justice system.

It also made the key point that media access to the courts was necessary to expose “the widespread ineptitude within the Northern Territory’s youth justice system” and pointed out that it was the ABC Four Corners documentary in 2016, “Australia’s Shame”, that exposed the youth justice problems leading to the Don Dale Commission. 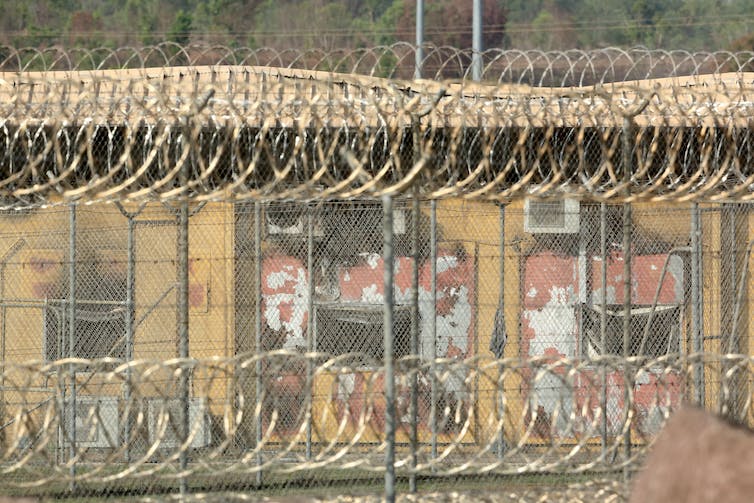 The Darwin Press Club says the Four Corners report on Don Dale would have been ‘an offence to publish or broadcast under the proposed overhaul’ of the NT laws. Glenn Campbell/AAP

It is a recognised common law rule that the media should be able to publish fair and accurate reports of court proceedings. This includes the right to identify parties involved in cases.

But the High Court has ruled that this right is not absolute and courts may be closed when it comes to matters of “privacy or delicacy” or “where it is necessary to secure the proper administration of justice.” This is why all other Australian jurisdictions impose restrictions on media attendance in court cases involving juveniles and publicly identifying young offenders.

Some jurisdictions, including Tasmania and Queensland, only allow media access or reporting on juvenile cases with the permission of the court, while most others allow the media to report on juvenile cases without identifying the children involved. Victoria also prohibits the naming of the location of the proceedings, as is proposed in the NT.

But none of these jurisdictions goes as far as the proposed blanket ban on the reporting of youth offender cases in the NT.

Debates over the media’s rights to cover such cases are not isolated to the Northern Territory. The NSW Law Reform Commission is conducting a broader open justice inquiry that includes an examination of restrictions on covering court proceedings, including those involving children. The Victorian Law Reform Commission has issued a consultation paper in its inquiry into contempt of court and the restrictions placed on media organisations covering a variety of cases.

A key problem in the digital era is the lack of uniformity on reporting restrictions in Australia’s nine jurisdictions in a variety of court matters. These include sex crimes, coroners’ hearings, bail proceedings, mental health tribunals and the issuing of suppression orders, to name a few.

Read more: Suppression, security, surveillance and spin: the rise of a secret state?

The result is a confusing array of hundreds of reporting prohibitions representing a minefield for journalists and social media users wanting to report or comment on a court case.

All this is in addition to the tangle of national security laws that affect journalists and their sources, now at the centre of the debate over press freedom following the AFP raids.

Whatever the outcome of the NT proposal, the Commonwealth, state and territory attorneys-general need to inject some uniformity into this confusing web of publishing laws, while also acknowledging the importance of transparency and open justice to the functioning of a healthy democracy.