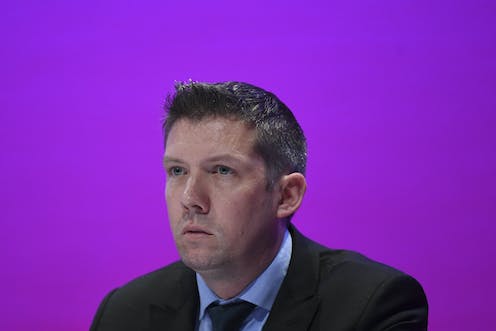 Labor National Secretary Noah Carroll has resigned and the party’s national executive has set up a review to examine its election campaign performance and the reasons for the unexpected loss.

Other members of the committee are Linda White, an official of the Australian Services Union; Queensland Senator Anthony Chisholm, a former state secretary; John Graham, a member of the NSW upper house and a former state assistant general secretary, and Lenda Oshalem, formerly an official in the Western Australian branch of the party.

The review will be wide-ranging but done quickly, reporting in October.

It will look at Labor’s campaign strategy and organisation, including digital campaigning, engagement with unions and third-party campaigns, fund-raising, policy, preference negotiations and strategy, polling, candidate selection, target seat campaigning, media strategy, gender diversity in the campaign, and the methods used by opponents that were particularly effective against the party.

Read more: Labor's election loss was not a surprise if you take historical trends into account

After the party’s shock loss in May, stories emerged of tensions in the campaign, with a good deal of blame shifting over the result. Carroll, who is from the right and as Victorian secretary had run the successful 2014 state campaign, had both detractors and supporters.

One issue of controversy revolved around party research. John Utting, who had a long record running polling for the party, was replaced by YouGov Galaxy for quantitative polling. Utting did just the qualitative (focus group) research.

Assistant secretary Paul Erickson will become acting national secretary until a replacement for Carroll is decided.

The Friday executive meeting had been due to consider the expulsion of construction union official John Setka, but he has been given until July 15 to prepare his defence. Meanwhile, he has launched legal action to try to stymie his expulsion.

Labor leader Anthony Albanese said Setka would not succeed in heading off his ousting.

Albanese began his move against Setka on the ground he had denigrated anti-domestic violence campaigner Rosie Batty at a private union meeting – a claim that is contested. But Albanese has also said Setka should be thrown out of the party because of his general behaviour. He recently pleaded guilty to harassing his wife with a plethora of offensive text messages.

Read more: Setka furore opens division within the labour movement – and there is no easy solution

Albanese said on Friday he was not surprised Setka had started legal proceedings.

It always going to be the case given Mr Setka’s background in litigation. But the fact is that the Australian Labor Party has the right to determine who we want to be members, just like any organisation.

If a footy player, rugby league or AFL, had pleaded guilty essentially to two issues relating to harassment of a woman they’d be sacked by their club. We’ll sack John Setka and we’ll do it on July 15.