The Australian Dream is an affectionate portrait of a man, his sport, and his country. The documentary, which has premiered at the Melbourne International Film Festival, examines the racist booing of Indigenous AFL player Adam Goodes in 2015.

Written by and featuring Stan Grant, a Wiradjuri man, the film journeys back from the events of 2015, to trace the prevalence of racial vilification throughout the AFL’s - and colonial Australia’s - history. If you love your footy, if you love your country, this is a must watch. 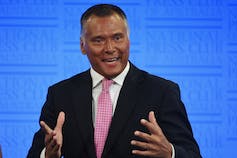 The Australian Dream follows the recent release of The Final Quarter - a film by Ian Darling about the last three years of Goodes’ career before his retirement in 2015. That film comprised archival footage only. This one features interviews with Goodes and other noted Indigenous sportspeople, resulting in a much more personal account of the booing saga.

Goodes is a two-time Brownlow medallist, a two-time premiership player, and a four-time All Australian Player — but these accolades are only briefly mentioned in The Australian Dream. Instead, director Daniel Gordon utilises TV footage from various games to underscore the astonishing athleticism with which Goodes played Aussie Rules.

His talent for the game is palpable: every mark, every spoil, every goal-scoring-kick seems effortlessly powerful and precise. This footage is intercut with a voiceover from Goodes who talks of finding an identity in football and finding a tribe with The Sydney Swans. This motivated him, in turn, to act as an elder for the younger men on the team and to return to his roots as an Adnyamathanha man, eventually leading to his public activism against racism.

Goodes used his platform as an elite AFL player to address the persistent racial issues faced by First Nations peoples in Australia. This was not received well by many footy fans, who found his anti-racism acceptance speech for 2014 Australian of the Year to be “un-Australian”. The footage shown of the vehemence of both YouTubers and online commenters against Goodes is shocking. 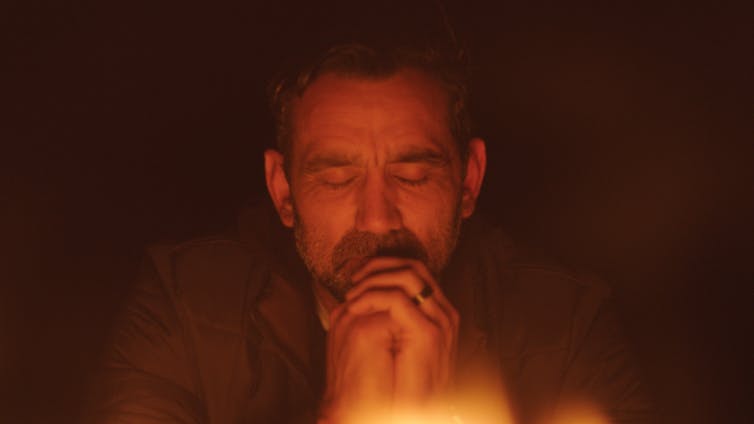 Adam Goodes in The Australian Dream: stoicism amid an outpouring of hatred.

When Goodes continued to publicly and unapologetically call out racist slurs in 2015, fans of opposing teams across the country booed every time he was near the ball. The film details how heavily these boos weighed on Goodes, affecting both his ability to play the game, and his psychological well-being. It also underscores his stoicism amid an outpouring of hatred.

The Australian Dream makes it abundantly clear that this was not an isolated moment in AFL’s history. Footage from 1999 of Sam Newman in blackface mocking Indigenous player Nicky Winmar, and his smirking quasi-apology the following day, is evidence enough of a culture that seemed to want Aboriginal and Torres Strait Islander men performing on the field but silent off the field. 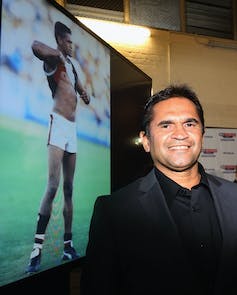 Testimony from Winmar and Gilbert McAdam details the historical prevalence of racist catcalls from footy fans, players and coaches alike. Like Goodes, these men speak of their love for the game, framing it through a connection to the Indigenous game Marngrook: when they touch the ball it is like the connection they feel with the land, it’s spiritual.

The tragedy of this, for Winmar, was that the racial vilification he experienced took this important connection away for him. His love for the game was replaced by hatred. Like Goodes, he retired early.

Inevitably, perhaps, this portrait of a man and his sport, becomes a portrait of a colonial country. It details the historical abuses enacted by Australian colonisers - government and settlers - against First Nations peoples, and the continual proliferation of racially motivated violence against Aboriginal and Torres Strait Islander communities. 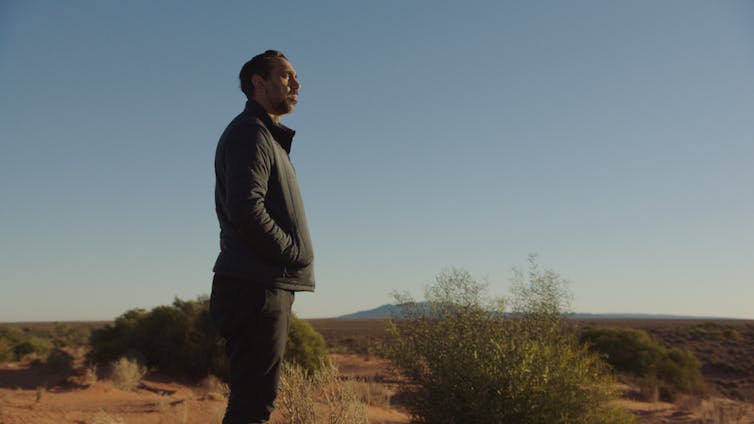 The Australian Dream is also a portrait of a nation. Melbourne International Film Festival

The booing of Goodes was a moment in which this country’s systemic, historical, and persistent racism was brought to the forefront of our social consciousness. The film holds those who booed accountable, showing extensive footage of the booing, and of the racist commentary across media outlets that followed.

Inter-cutting footage from present-day interviews with Grant, and his IQ Racism Debate speech from 2015, the film asks its white spectators to front up to their part in what he calls, “the howls of humiliation” that vilify this country’s first peoples. These howls, Grant says, “echo across two centuries of dispossession, and injustice, and suffering”.

This racism is an indictment of the “Australian Dream”. It is a reminder of Australia’s violent colonial history, and a reminder that this colonisation persists: the boos and ape-jokes thrown at Goodes were masked by the myth of the “Aussie Larrikin”, who could elide the harm of those catcalls as “just a joke”. This is most evident in the footage from 1999, when Eddie McGuire smirks his way through Newman’s stunt.

Read more: The ape insult: a short history of a racist idea

This archival footage, which is edited seamlessly into the telling of Goodes’ story, reminds the audience that these jokes are part of a racist history. 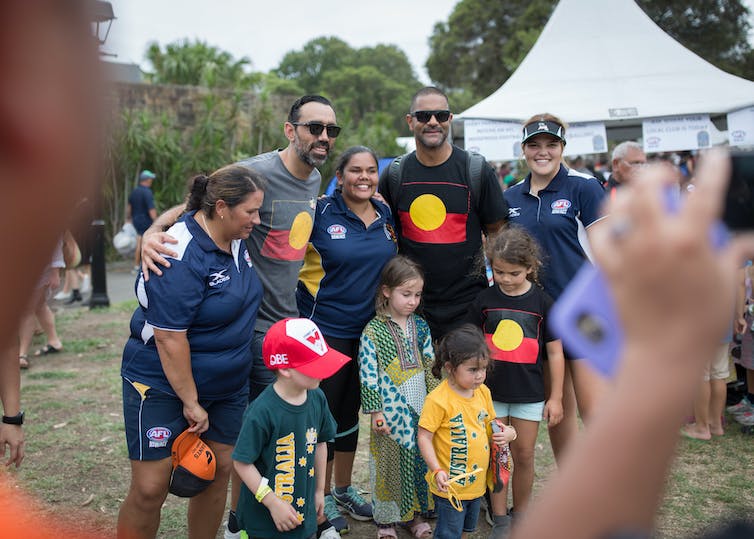 But The Australian Dream is also optimistic. Grant and Gordon frame this narrative as a conversation, one that could change our culture forever.

Gordan films Goodes with his feet in the soil of Adnyamathanha tribal lands. He is filmed speaking with his elders, and he nods as they tell him that we must be willing to listen and learn.

The final shot of The Australian Dream is the most optimistic of all: a couple of kids in the desert kicking a red footy against red sunset. This rough-and-tumble round of Aussie Rules, wrapped up in a uniquely Australian landscape, closes the film with a reminder of our love for the game, and holds out hope for the next generation of Indigenous players.