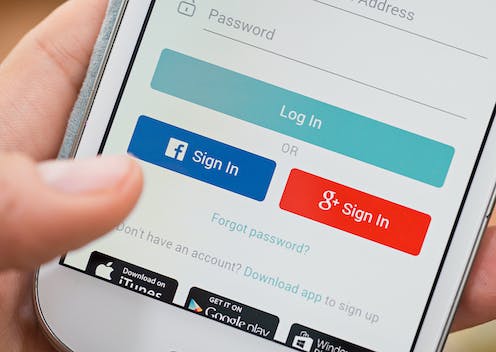 With concerns growing worldwide about the economic power of digital technology giants such as Google and Facebook, there was plenty of interest internationally in Australia’s Digital Platforms Inquiry.

The Australian Competition and Consumer Commission (ACCC) inquiry was seen as undertaking a forensic account of market dominance by digital platforms, and the implications for Australian media and the rights of citizens around privacy and data protection.

The inquiry’s final report, released last month, has been analysed from perspectives such as competition policy, consumer protection and the future of journalism.

But the major limitation facing the ACCC, and the Australian government, in developing new regulations for digital platforms is jurisdictional authority - given these companies are headquartered in the United States.

Among the ACCC’s 23 recommendations is a proposal to reform media regulations to move from the current platform-specific approaches (different rules for television, radio, and print media) towards a “platform-neutral” approach.

This will ensure comparable functions are effectively and consistently regulated:

The ACCC’s recommendations to harmonise regulations across different types of media draw on major Australian public enquiries from the early 2010s, such as the Convergence Review and the Australian Law Reform Commission’s review of the national media classification system. These reports identified the inappropriateness of “silo-ised” media laws and regulations in an age of digital convergence.

Read more: What Australia's competition boss has in store for Google and Facebook

The ACCC also questions the continued appropriateness of the distinction between platforms and publishers in an age where the largest digital platforms are not simply the carriers of messages circulated among their users.

While the ACCC inquiry focused on the impact of digital platforms on news, we can see how they have transformed the media landscape more generally, and where issues of the wider public good arise.

Their dominance over advertising has undercut traditional media business models. Online now accounts for about 50% of total advertising spend, and the ACCC estimates that 71 cents of every dollar spent on digital advertising in Australia goes to Google or Facebook.

All media are now facing the implications of a more general migration to online advertising, as platforms can better micro-target consumers rather than relying on the broad brush approach of mass media advertising.

The larger issue facing potential competitors to the digital giants is the accumulation of user data. This includes the lack of transparency around algorithmic sorting of such data, and the capacity to use machine learning to apply powerful predictive analytics to “big data”.

In line with recent critiques of platform capitalism, the ACCC is concerned about the lack of information consumers have about what data the platforms hold and how it’s being used.

Digital platform companies do not sit easily within a recognisable industry sector as they branch across information technology, content media, and advertising.

They’re also not alike. While all rely on the capacity to generate and make use of consumer data, their business models differ significantly.

The ACCC chose to focus only on Google and Facebook, but they are quite different entities.

Google dominates search advertising and is largely a content aggregator, whereas Facebook for the most part provides display advertising that accompanies user-generated social media. This presents its own challenges in crafting a regulatory response to the rise of these digital platform giants.

A threshold issue is whether digital platforms should be understood to be media businesses, or businesses in a more generic sense.

Communications policy in the 1990s and 2000s commonly differentiated digital platforms as carriers. This indemnified them from laws and regulations relating to content that users uploaded onto their sites.

But this carriage/content distinction has always coexisted with active measures on the part of the platform companies to manage content that is hosted on their sites. Controversies around content moderation, and the legal and ethical obligations of platform providers, have accelerated greatly in recent years.

To the degree that companies such as Google and Facebook increasingly operate as media businesses, this would bring aspects of their activities within the regulatory purview of the Australian Communication and Media Authority (ACMA).

The ACCC recommended ACMA should be responsible for brokering a code of conduct governing commercial relationships between the digital platforms and news providers.

Read more: Consumer watchdog: journalism is in crisis and only more public funding can help

This would give it powers related to copyright enforcement, allow it to monitor how platforms are acting to guarantee the trustworthiness and reliability of news content, and minimise the circulation of “fake news” on their sites.

Overseas, but over here

Companies such as Google and Facebook are global companies, headquartered in the US, for whom Australia is a significant but relatively small market.

The capacity to address competition and market dominance issues is limited by the fact real action could only meaningfully occur in their home market of the US.

Australian regulators are going to need to work closely with their counterparts in other countries and regions: the US and the European Union are the two most significant in this regard.